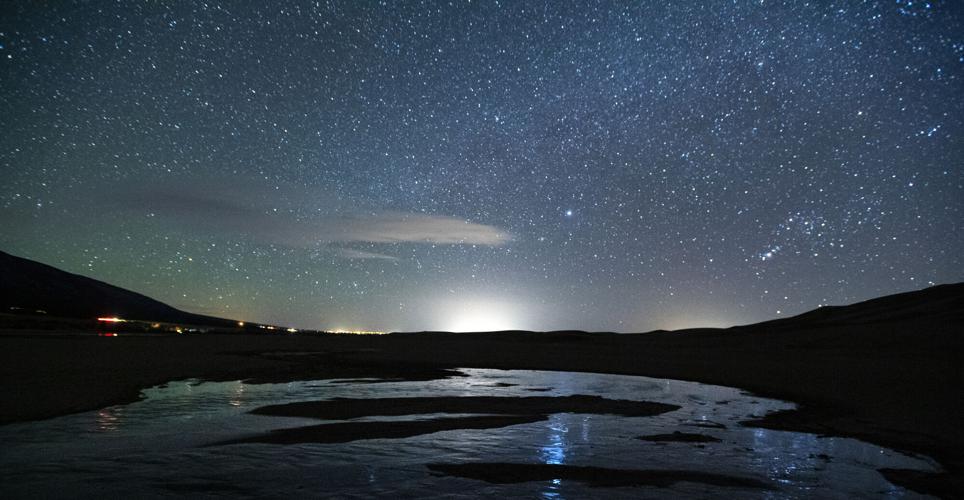 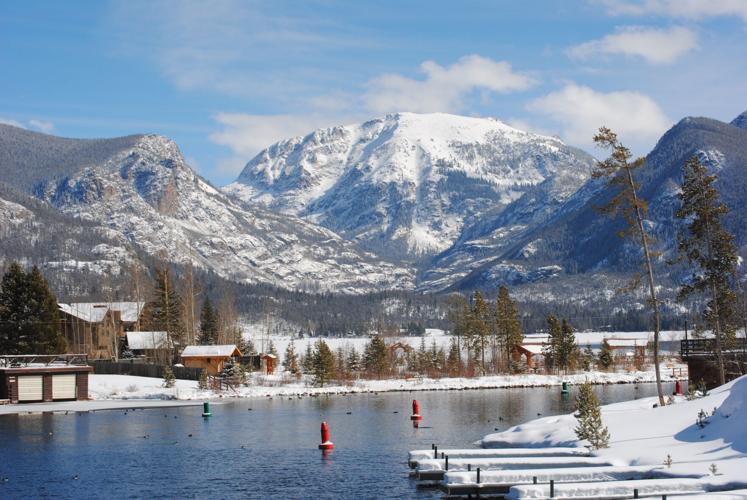 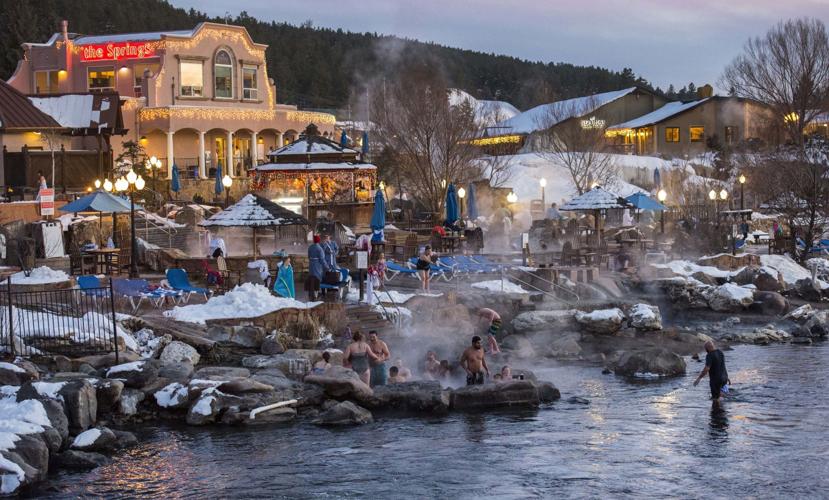 People soak in the hot springs along the San Juan River at The Springs Resort & Spa in Pagosa Springs in 2016. 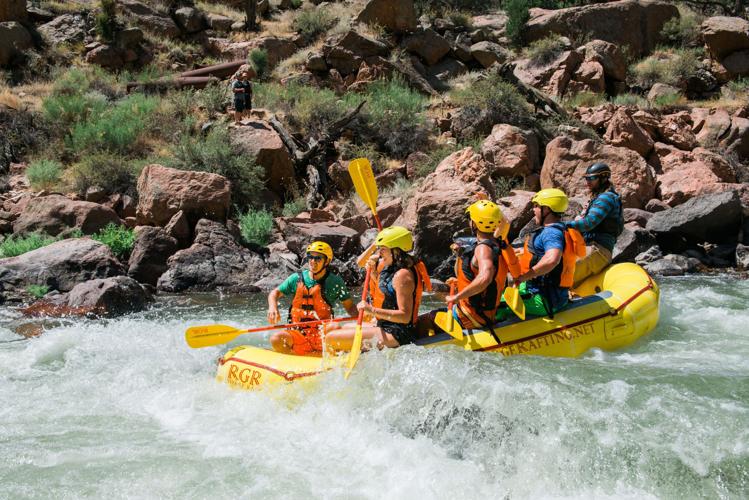 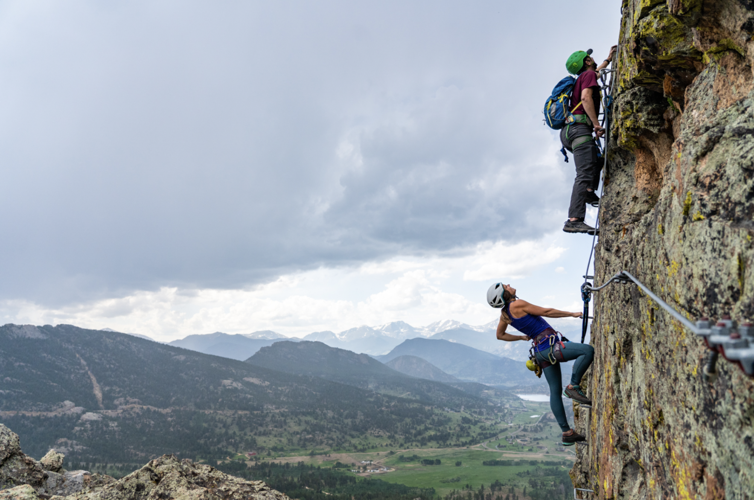 The new Cloud Ladder route in the via ferrata system at The Alpine Jewel in Estes Park. The route represents “a new bar for what’s possible on a via ferrata,” said its designer, Harry Kent. 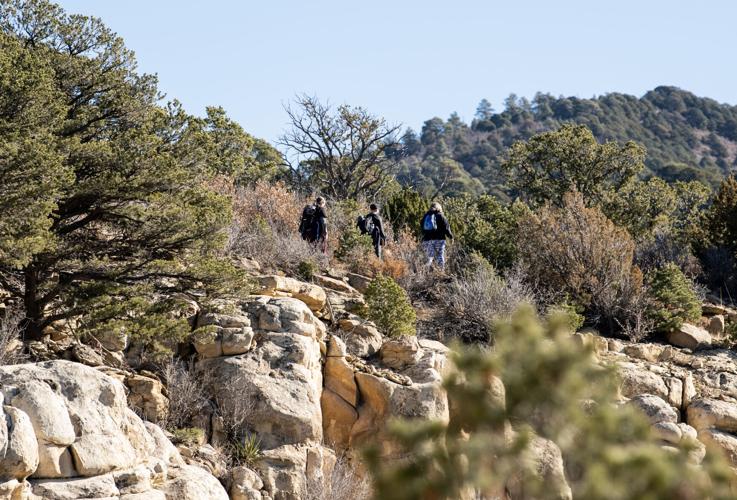 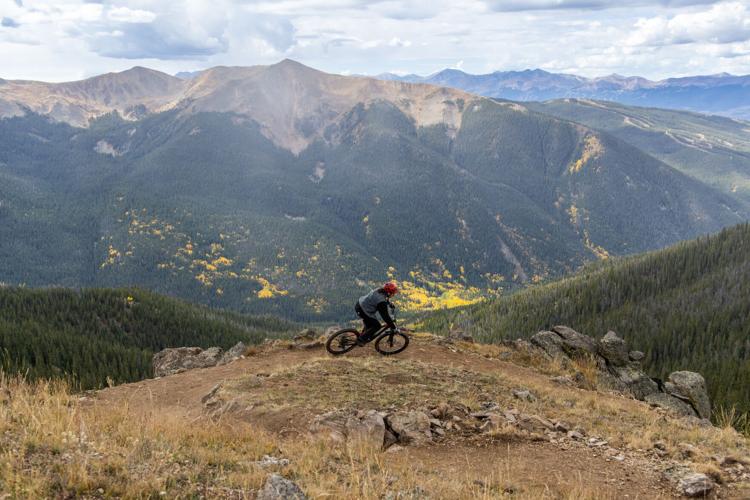 No list should determine satisfaction in Colorado’s outdoors. That should be more so determined by spontaneity, by those unexpected moments around the turn of any trail we might take.

But goals are good, along with ideas. Consider these for your new year:

Grand Lake gets lots of love in the summer; it’s a beachy getaway surrounding Colorado’s biggest natural body of water. In the winter, attention turns south to Winter Park. So it’s easy to miss the place that calls itself “the snowmobiling capital of Colorado.” Local caretaking enthusiasts count more than 300 miles of snowmobile trails in the Grand Lake area, with about half of those groomed. On the Trail Rentals and Grand Adventures can point you in the right direction for pretty, powder-packed meadows and forests.

When to go: Winter, spring.

For being the only ski area that can claim a place on the world’s largest flat-top mountain, it’s perhaps surprising how little buzz Powderhorn Mountain Resort gets. But when Mother Nature blesses the desert region with snow, the slopes on the Grand Mesa are no secret to locals.

For more than five decades, Powderhorn has built its reputation as family-friendly hub. The resort rates 70% of its terrain for beginners and intermediate types. There are plenty of moguls as well and fun in the trees of Sven’s Bend. And for your unique overnight consideration: ski-in, ski-out tiny homes at the base.

When to go: Spring.

For a vacation taking advantage of Colorado’s renowned hot springs, it’s hard to beat Pagosa Springs. The allure is in the name: “pah” and “gosa” derive from Indigenous language meaning “hot water.” Or, as some like to translate: “healing water.”

Pagosa is home to the Mother Spring, regarded as the world’s deepest geothermal aquifer. It’s found on the grounds of The Springs Resort, the most luxurious option boasting the widest array of pools and tubs. More options are in walking distance: Healing Waters Resort and Spa and the Overlook Hot Springs.

And, of course, there are the “hippie dips” along the river running right through town.

When to go: Year-round.

Nothing says “bucket list” quite like the Royal Gorge. And nothing compares with an adventure through its rocky, rowdy heart.

Want to earn your Colorado badge of honor? Book a guide to take you through the choppy, most iconic stretch of the Arkansas River. Rapids range from Class III to the most fearsome Class V, with names like Sledge Hammer and Boat Eater.

When to go: Late spring, summer.

The Lenawee Trail put Arapahoe Basin — yes, the Summit County ski area — on the map as a mountain biking destination. The technical, 3-mile descent is considered one of the best alpine rides in reach of Denver. Now comes the expansion of A-Basin’s offseason dream that’s been years in the making.

Just before snows in the fall, the Beavers Loop was finished. It’s another 3-mile descent near the top, dropping an opposite ridge and skirting some of A-Basin’s steepest terrain. Take it from an expert at singletracks.com: it’s “chock full of never-ending, spectacular views and fun.”

Builders hope to finish a more suitable climbing trail to the summit in 2023. That would complete the 10-plus-mile- loop long envisioned.

When to go: Summer, early fall.

Live on the edge

Accomplished alpinist Harry Kent has been on the front lines of the latest rock climbing trend around the West. He’s the name behind Estes Park-based Kent Mountain Adventure Center, which in recent years has established routes of iron hand- and footholds on sheer rock faces. Those are called via ferratas. Kent thinks of one of his designs as representing “a new bar for what’s possible.”

That’s Cloud Ladder — “the result of 40 years of climbing passion and philosophy,” added Kent. “I wanted to create an experience that rivaled the thrill of actual rock climbing, but without the need for extensive training and gear.”

Guides lead clipped-in guests up the rock. A mellower option is Peregrine Ridge.

When to go: Summer.

Night at the Dunes

You haven’t experienced the majesty and mystery of Great Sand Dunes National Park and Preserve until you’ve stayed the night.

Thanks to its remote place in southern Colorado lacking artificial, obstructive light, the park is a designated International Dark Sky Place. What that means is the stars, galaxies and nebulas shine bright over the dune field framed by soaring peaks. When the creek runs, it reflects the cosmic glow. It’s a dreamscape that must be seen to be believed.

Try to snag a reservation at Piñon Flats Campground, situated an easy walk away from the dunefield. Backcountry permits also available for camping at certain spots on the sand.

When to go: Piñon Flats open April through October.

If you haven’t checked out the 11 miles of new trail, they’re worth the trip to Fishers Peak State Park. But in 2023, the focus will be on another trail — the most desired of all.

The expectation is for the summit path to open in the fall. That will mark a dream come true for Trinidad locals who’ve waited generations to reach the top of Fishers Peak, the chimney-like promontory seen from a distance on Interstate 25.

It’ll be a long, hard journey. So you’ll want to think about camping or staying in town, which might feel different if you haven’t been in a while. With the state park and the growing gravel bike scene, the outdoor revolution is on.

When to go: Be on the lookout for a trail announcement later in summer or fall.

Colorado's Department of Motor Vehicles loves to see creativity. But sometimes, there are ideas for personalized license plates that just go too far.