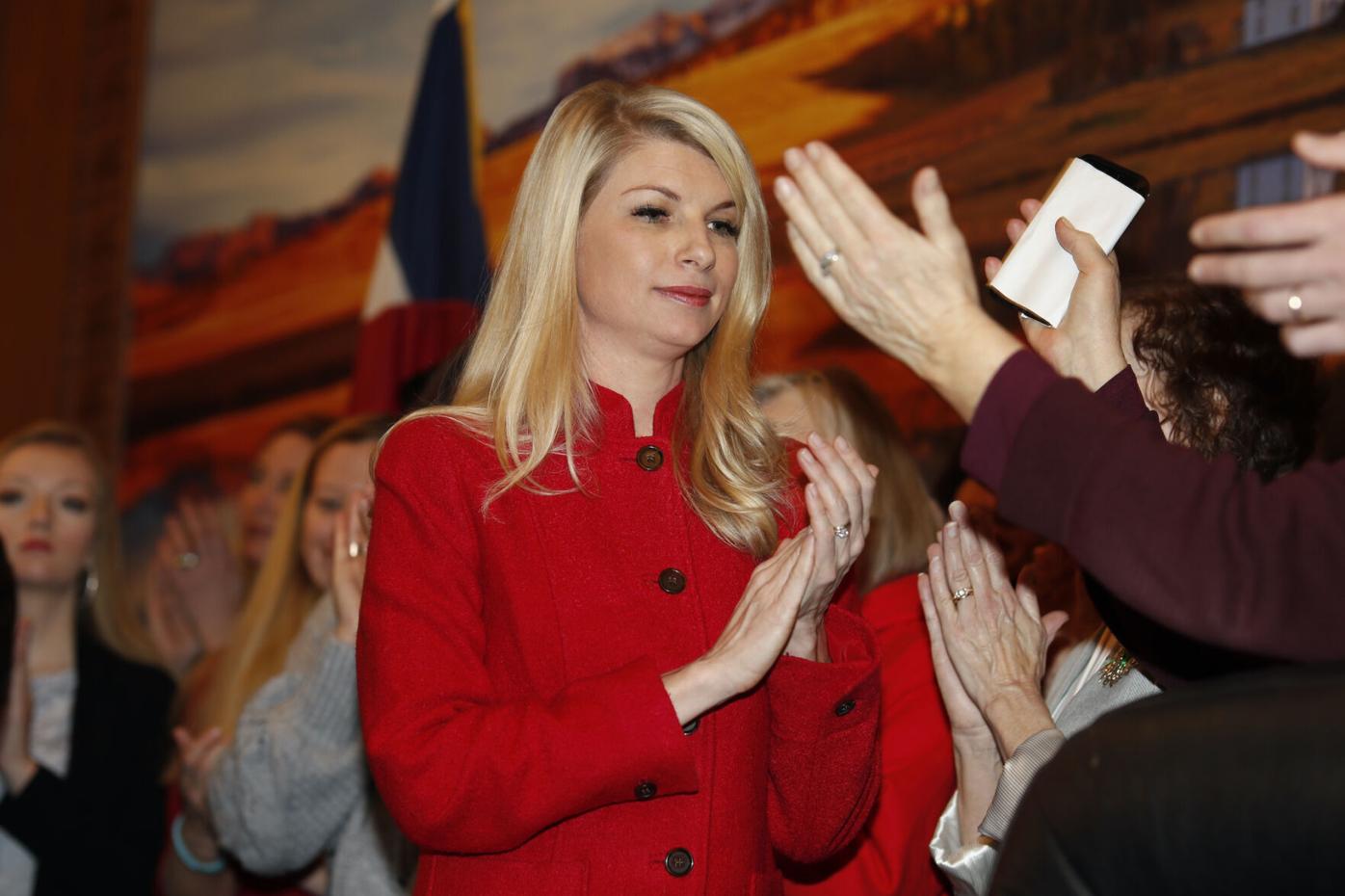 In this file photo, state Sen. Brittany Pettersen, D-Lakewood, applauds at an April 12, 2019, bill-signing ceremony at the state Capitol in Denver for Colorado's "red flag" law, which permits authorities to order the temporary seizure of firearms from people deemed a risk to themselves or others. On Tuesday, Jan. 11, 2022, she declared a bid for the Democratic nomination in Colorado's 7th Congressional District following eight-term incumbent U.S. Rep. Ed Perlmutter's announcement he wouldn't seek re-election. 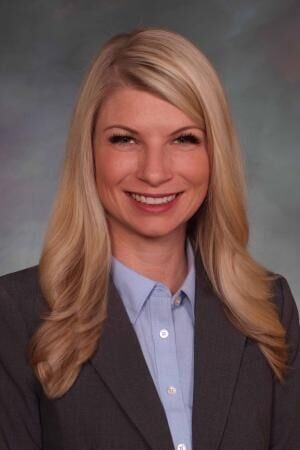 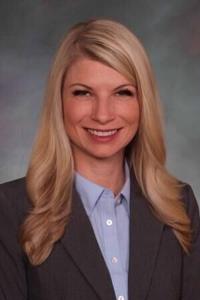 “I’ve spent the last decade fighting for working families, public schools, and small businesses,” said Pettersen, a 40-year-old Lakewood resident who was elected to the state Senate in 2018 after serving three terms in the state House. “Growing up, the odds were stacked against me, but thanks to the support of Jeffco public schools, I persevered. Now, I’m fighting to make sure future generations have that same chance.”

She's the first Democrat to declare a candidacy in the Democratic-leaning, Jefferson County-based district following Perlmutter's surprise announcement, which creates the state's first open congressional seat in nearly a decade. Two Republicans are running in a primary for the newly competitive seat, with more candidates from both parties expected to launch bids in coming weeks.

Pettersen briefly sought the nomination in the same congressional district in 2017 when Perlmutter ran for governor but ended her campaign after Perlmutter withdrew from the gubernatorial primary and announced he would instead run for re-election.

The next year, Pettersen was one of five young Democratic women candidates nicknamed the "Fab Five," whose double-digit wins in 2018 helped the party take the majority in the state Senate. The feat drew glowing national coverage for the group, including a spread in People magazine that noted some had been bridesmaids at each other's weddings, including when Pettersen married Ian Silverii, then the executive director of ProgressNow Colorado, in a 2017 ceremony at the governor's mansion.

Pettersen, who chairs the Senate Finance Committee and serves as vice chair of the Senate Transportation and Energy Committee, sponsored the state's Equal Pay for Equal Work Act and "red flag" gun control legislation, which allows courts to order the temporary seizure of firearms from people deemed a danger to themselves or others. She also sponsored the state's Secure Savings Act to establish portable retirement accounts for residents whose employers don't provide retirement plans and helped broker a deal when she chaired the House Education Committee that led to reduced testing in K-12 schools.

Conservative opponents launched a failed recall campaign against Pettersen in 2019. The effort, which cited her support for the "red flag" bill, among other legislation, fizzled when recall backers failed to turn in any of the required roughly 18,000 petition signatures.

Pettersen has been public about helping her mother, Stacy, struggle with a decades-long opioid addiction and road to sobriety, which has been chronicled in numerous articles and an award-winning documentary film. Last year, Pettersen chaired the bipartisan Behavioral Health Task Force, authorized under legislation she sponsored, which made spending recommendations on $550 million in federal funds to improve mental health and substance abuse treatment.

A fourth-generation Coloradan, Pettersen grew up in Jefferson County and became the first member of her family to graduate high school and the first member to earn a college degree. She worked as a community organizer and political operative before winning election to the legislature.

Pettersen and her husband have a son, Davis, who was born nearly two years ago when his mother became the first sitting legislator in decades to give birth during the legislative session.

Pettersen begins the campaign with roughly $55,000 left over from her three-month congressional run in 2018, when she was one of four Democrats vying for the nomination and raised just over $200,000.

National Republicans have been eyeing Perlmutter's seat since earlier this year when initial maps drawn by an independent redistricting commission created a more competitive district.

The existing 7th CD includes the populous areas of central and northern Jefferson County and western Adams County. The newly configured district, approved this fall, includes almost all of Jefferson County and Broomfield along with six mountain counties — Park, Lake, Chaffee, Teller, Fremont and Custer — and tiny slivers of a few other counties.

While Democrats hold a slim advantage among the redrawn registered voters, the party's candidates have outperformed Republicans by an average 6.9 points in recent benchmark statewide elections, according to the redistricting commission's analysis.

Perlmutter, an attorney and former state lawmaker, won election to the seat by double-digit margins every time he appeared on the ballot and swamped his Republican challengers by more than 20 points in the last two cycles.

The 68-year-old incumbent said Monday that he'd decided it was time to "pass the torch to the next generation of leaders," adding that he looked forward to exploring other opportunities.

In her candidacy announcement, Pettersen praised Perlmutter as an inspiration and mentor.

“Congressman Perlmutter’s leadership embodies his love of our state and our country," Pettersen said. "Ed has always reminded me, both through his words and his actions, that being elected isn’t about him, it’s about fighting for the good people of the 7th Congressional District to make their lives better. He has been a mentor and friend to countless Coloradans and set an example of a model public servant that is unfortunately far too rare in Washington these days."

She added: "Colorado is lucky to have benefitted from Ed’s heart and dedication for so many years, and I am excited and ready to continue his legacy of fighting for the hardworking people of the new 7th District."

Democratic U.S. Rep. Ed Perlmutter said Monday that he is retiring after next year's election rather than seek a ninth term.