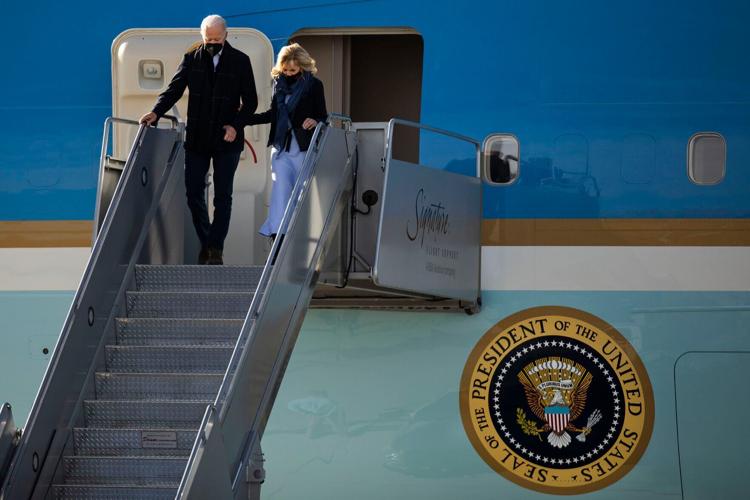 President Joe Biden and first lady Jill Biden exit Air Force One before boarding Marine One and heading toward the Marshall fire burn area in Boulder County on Jan. 7 in Denver. 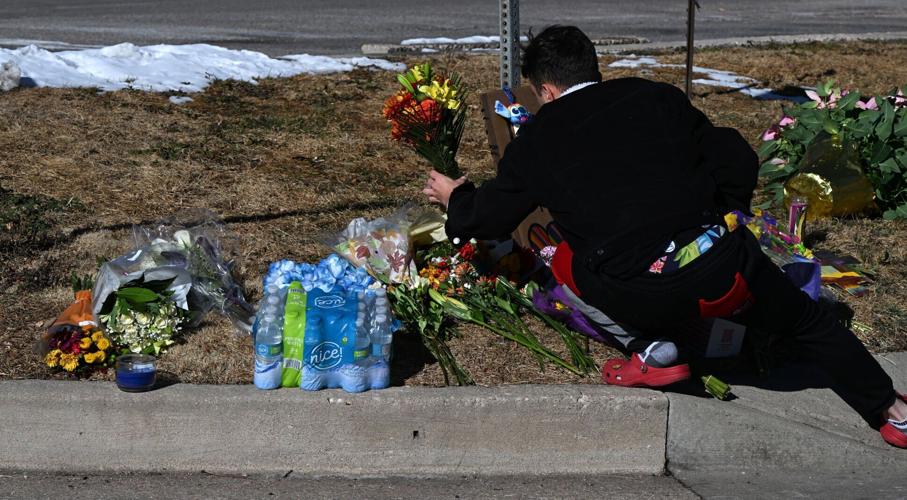 Tyrice Kelley, center, a performer at Club Q, is comforted during a Sunday service held on Nov. 20 at All Souls Unitarian Church for people to mourn following the mass shooting in Colorado Springs the night before. 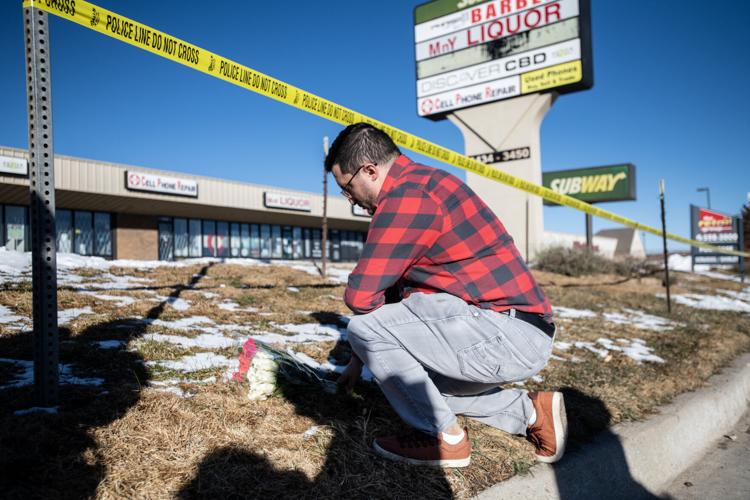 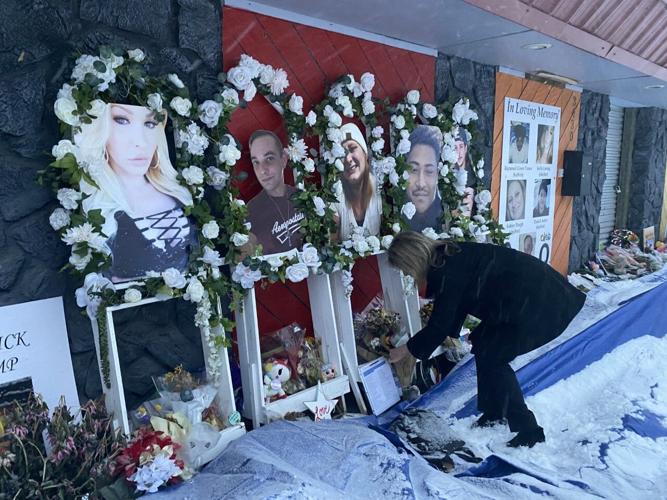 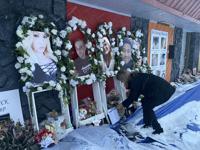 President Joe Biden and first lady Jill Biden exit Air Force One before boarding Marine One and heading toward the Marshall fire burn area in Boulder County on Jan. 7 in Denver.

Tyrice Kelley, center, a performer at Club Q, is comforted during a Sunday service held on Nov. 20 at All Souls Unitarian Church for people to mourn following the mass shooting in Colorado Springs the night before.

President Joe Biden on Tuesday penned a letter expressing condolences to the families and loved ones of the victims of the Club Q shooting, saying he and first lady Jill Biden share their grief and heartbreak.

"To the loved ones and families left behind, I know that nothing I write will fill the void of their absence or the pain of losing a part of your soul," Biden said in the letter. "While the grief never truly ends, know that you will never lose the love you have for them and the love they had for you."

"They will always be with you," the president added.

Biden earlier joined Colorado's political leaders in condemning the mass shooting that killed five people and wounded more than a dozen at a LGBTQIA+ nightclub in Colorado Springs.

In his letter, Biden mentioned the victims by name, saying the senseless violence that took their lives "pierced the Colorado Springs community and our nation's soul once again."

"Together, we mourn Raymond, Kelly, Daniel, Derrick and Ashley," the president said.

He said he and the first lady are praying for the speedy recovery of those who were injured and are keeping the families of victims and others affected by the tragedy in their hearts.

The Club Q shooting claimed the lives of three patrons and two employees. Authorities identified the five slain as Derrick Rump, Daniel Aston, Kelly Loving, Ashley Paugh and Raymond Green Vance. Police also reported that 17 people were injured from a gunshot wound, five more were injured from something other than a bullet, and 12 were victims with no visible injuries.

Biden extended his condolences to the LGBTQI+ community.

"Spaces like Club Q are safe havens for LGBTQI+ people, where they can feel seen and celebrated without fear of judgment or discrimination," he said. "The shooting on November 19th — the eve of Transgender Day of Remembrance — once again revealed the ugly hatred that has motivated deadly attacks against LGBTQI+ people and the need to end the gun violence epidemic that has torn too many communities apart."

The suspect in the shooting faces five counts of first-degree murder and five counts of committing those crimes as part of a bias attack. On Nov. 24, Judge Michael McHenry ordered the suspect held without bail. The suspect is expected to be formally charged at the next court appearance, scheduled Dec. 6 in 4th Judicial District in El Paso County.

Colorado authorities have declined to characterize any potential motives beyond the preliminary charges.

Immediately after the shooting, the dominant narrative was that an environment of hateful rhetoric directed at LGBTQIA+ people might have fueled the attack. After defense attorneys said the suspect identified as nonbinary, the narrative appears to have shifted to include speculation the suspect may have been motivated by "self-hatred" based on their LGBTQIA+ identity.

In his letter, Biden vowed to fight for a ban on assault weapons and the adoption of what he described as "common-sense gun safety measures."

He urged people to honor the memory of the victims "with our action."

"Let us stand together and give hate no safe harbor. Let us be there for one another. And let us heal these wounds and unite as one nation," he said. "No bullet will deter our never-ending work of perfecting our union — of building an America where everyone is safe, where the founding promise of equality is finally made real, and where all are accepted, loved, and celebrated for who they are."

The Army veteran who disarmed the Club Q gunman received a $50,000 award from Ent Credit Union on Tuesday.