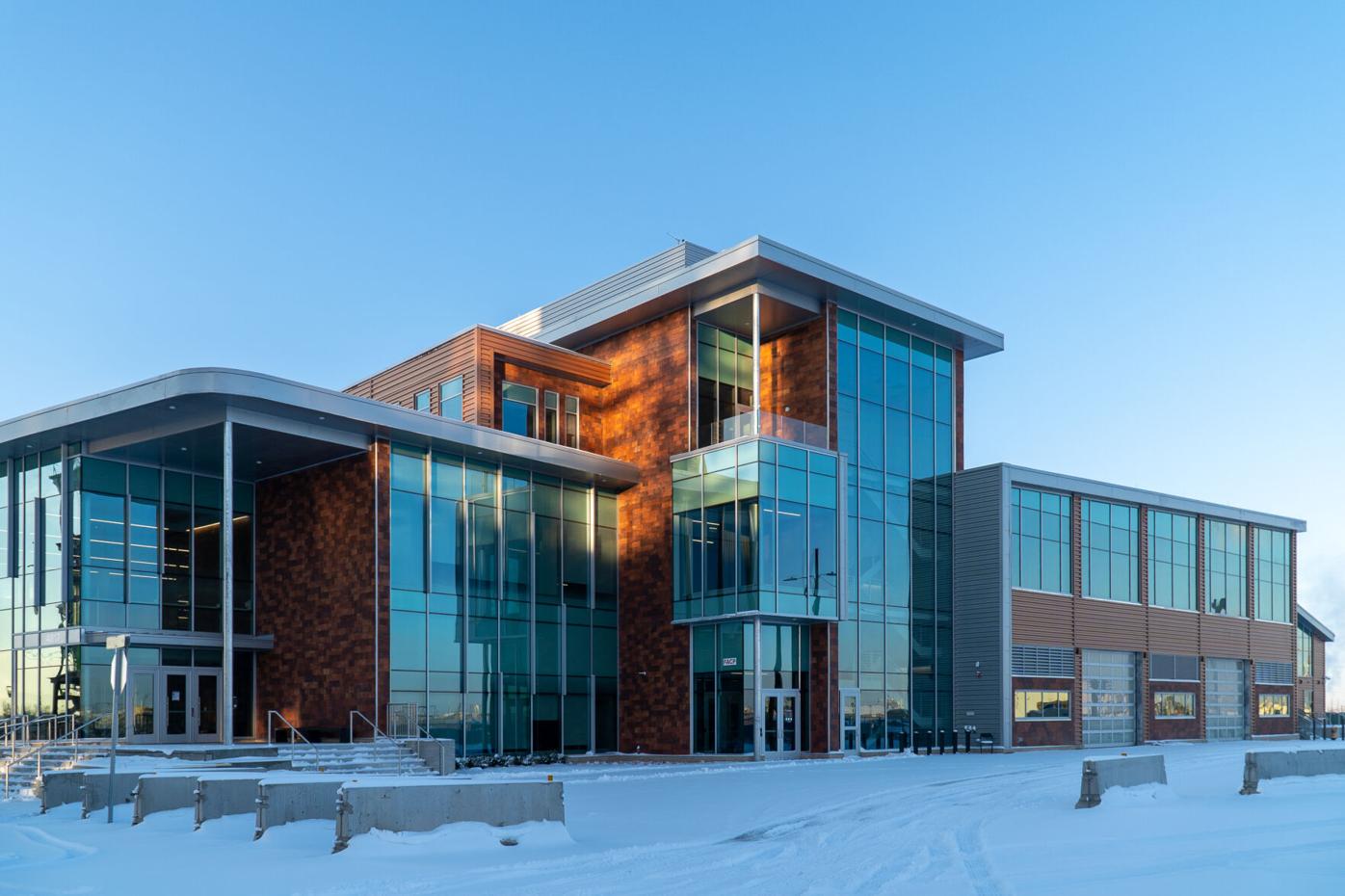 The new Vida building on the CSU Spur Campus at the National Western Center, off I-70 and Brighton Boulevard. The building includes the Temple Grandin Equine Center and a Denver Dumb Friends League veterinary hospital. 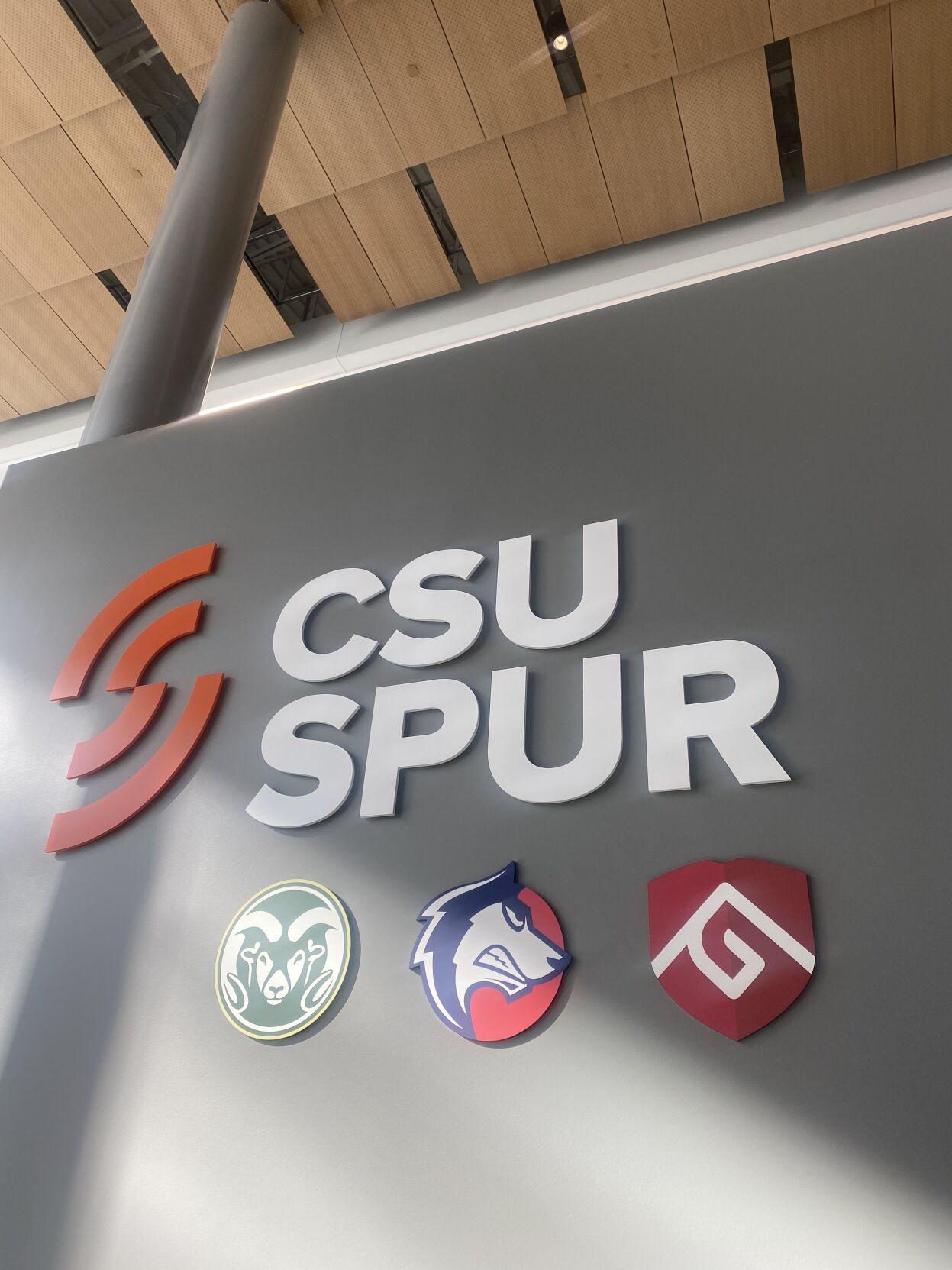 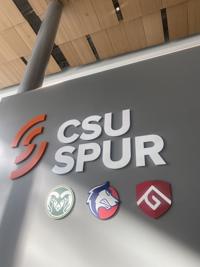 A CSU Spur campus sign on the new Vida building on the CSU Spur Campus at the National Western Center, off I-70 and Brighton Boulevard. 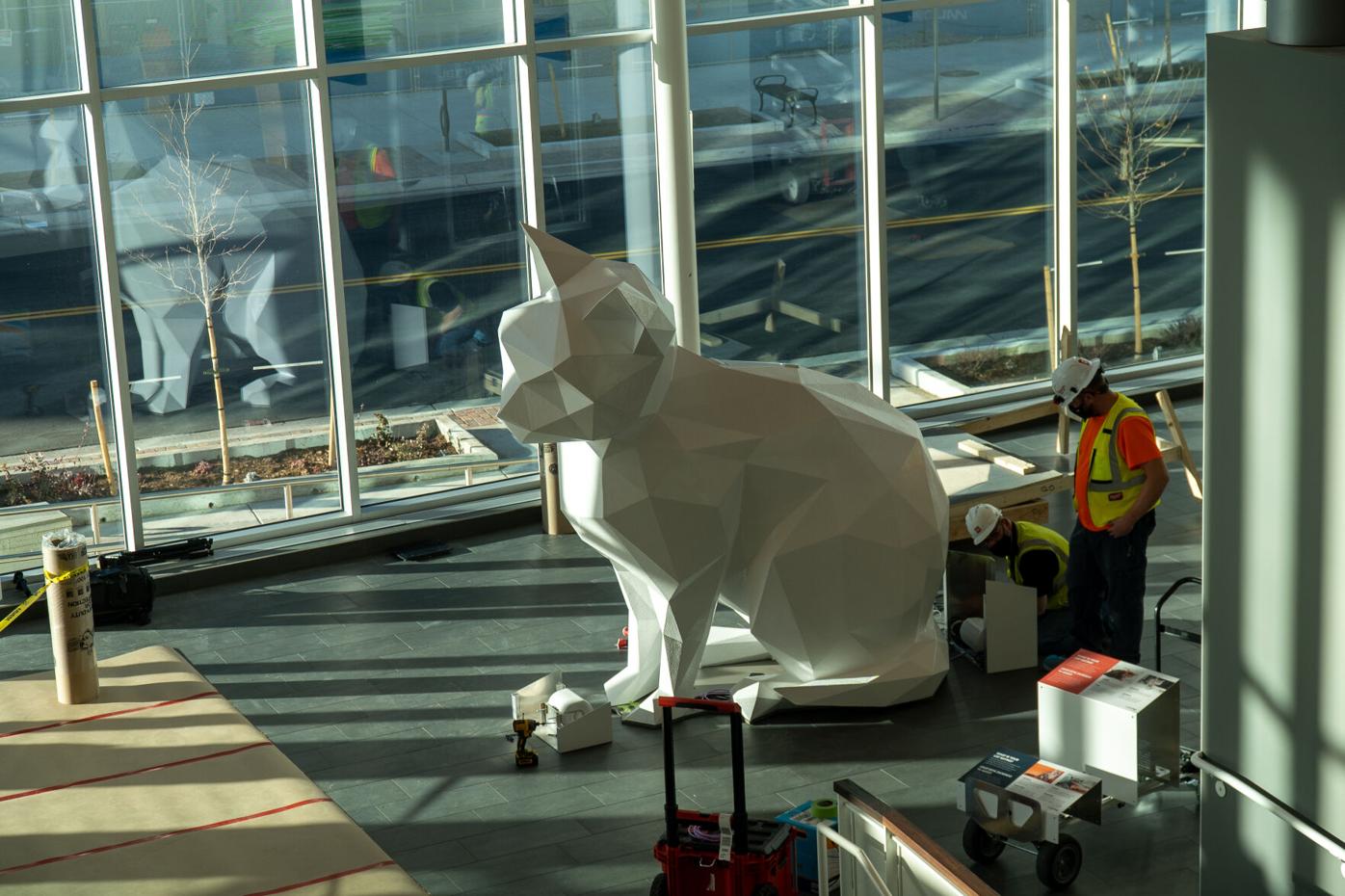 A worker finishes installing an interactive cat statue in the lobby of the new Vida building on the CSU Spur Campus at the National Western Center, off I-70 and Brighton Boulevard. 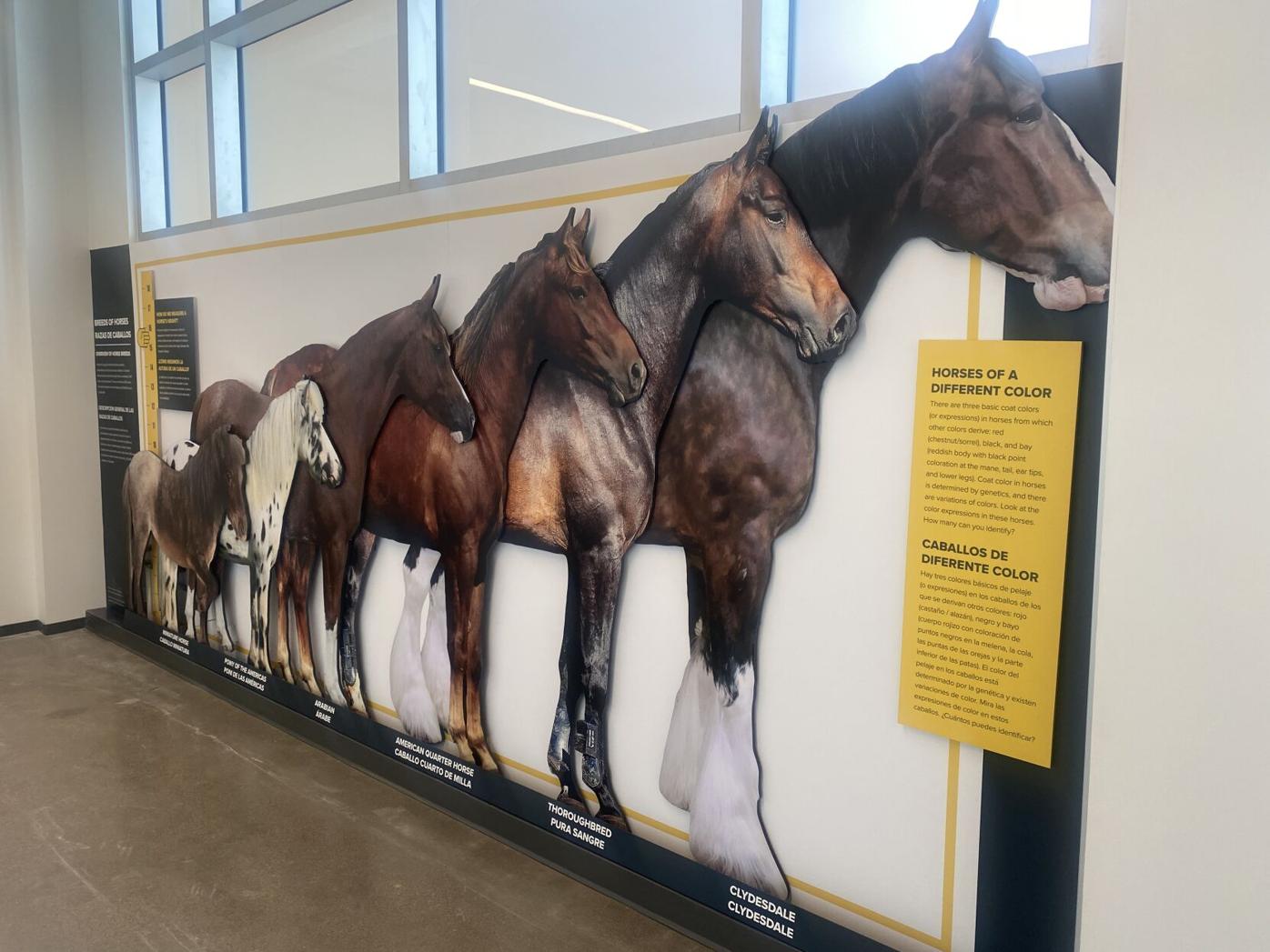 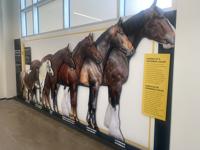 A horse mural on the wall of the new Vida building on the CSU Spur Campus at the National Western Center, off I-70 and Brighton Boulevard. The building includes the Temple Grandin Equine Center.

Vida, which is Spanish for “life,” is the first of three buildings on the Spur Campus. Coming later this year are the Terra and Hydro buildings. Officials describe it as a “free educational year-round public destination in Denver focused on engaging K-12 students, families, and visitors around food, water, and health.”

National Western Stock Show back in the saddle for 2022

Vida includes the Temple Grandin Equine Center for equine assisted services program — where people receive therapy by working with horses as well as sports medicine and therapy for the horses themselves. It also has a subsidized Denver Dumb Friends League veterinary hospital for those unable to pay for pet surgeries.

Visitors will get up-close and personal as both facilities have glass walls so surgeries and therapy sessions are in plain view.

“It’s right in the heart of downtown Denver,” said Adam Daurio, director of the Temple Grandin Equine Center. “There’s no limit to what we can now bring to the urban population — specifically urban youth.”

Jocelyn Hittle, assistant vice chancellor of CSU Spur, said the name carries three meanings: In a nod to western heritage, cowboys use a spur on their boots; the site used to be a railroad spur, a secondary track used for loading and unloading trains; and it’s also a verb.

“We want to spur creativity, spur innovation and inspire people to think about careers they might not have,” Hittle said. “We want learners of all ages contributing to the big global challenges of food, water and health.”

CSU had been looking for a way to have a downtown Denver presence for years, she said. It will include research labs, classrooms and programs engaging directly with the community and area neighborhoods.

“We’re really committed to listening to our neighbors and being responsive to what they ask of us,” Hittle said. “We’re excited to welcome the public through our doors.”

Dr. Apryl Steele, president and CEO of the Denver Dumb Friends League, said the new veterinary hospital will help ease the demand at the League’s Veterinary Hospital at Yuma.

“It’s only for people who can’t afford urgent care for their pets,” Steele said. “At Yuma, we have people lining up at 4 a.m. to get one of the slots. Often by 8 a.m., we have all the animals we can serve. It’s subsidized and no one is turned away for inability to pay.”

The partnership with CSU will make the Vida hospital a training and educational facility, too.

“We’re trying to get a diversity of different folks interested in animal welfare in medicine,” she said. “A big part of what we’re going to do is get inner-city youth and show them what this career path looks like. … There’s a massive shortage of veterinarians right now.”

Surgeons will talk to the audience and answer questions. CSU senior veterinary students will take two-week rotations there.

“With this partnership with CSU, the reach is pretty incredible,” she said. “Most animal welfare organizations couldn’t even imaging having a spectacular partnership like this.”

It will also have a community center with resources like leashes, collars and education about how to care for pets.

As far as the equine center, Daurio said the educational goals are the same.

“We’re taking this urban population and we see it as a bridge now to teach them about rural living,” said Daurio. “We're doing it in a research and scientific manner. It's not that we're teaching them simply about old school farming. We're teaching them about the science behind food innovation and water and natural resources and how animals can be involved in health care.”

In other words, they’ll have “horses helping humans, and humans helping horses,” he said.

Research has shown the benefits of “client assisted services,” or the horses helping with therapy. In addition to therapy, there will be research, he said.

“It’s a really great way to showcase what CSU can do for the community of Denver, and how horses’ role in society can truly impact the community,” Daurio said. “We’re bringing the healing power of horses to the city of Denver.”

The horses will get a lot of physical therapy, too, in the equine sports medicine area. It’s not only for National Western Stock Show participants, but horse owners from around the area — there are plenty in Douglas, Jefferson and Boulder counties.

“The Front Range region now has direct access to sports medicine and rehabilitation services,” he said.

CSU President Joyce McConnell said in a statement: “As Colorado’s land-grant institution, CSU is committed to making our world-class teaching, research, and engagement resources accessible to our entire state. That’s why I am so excited about the new CSU Spur campus.”