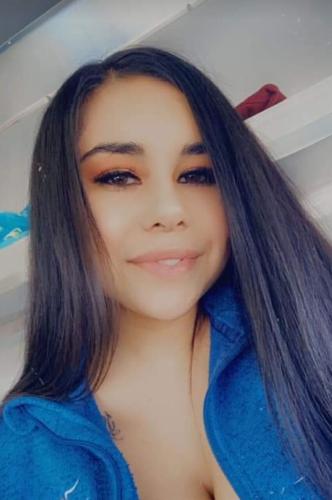 Karina Rodriguez was the mother of a four month old girl and a ten year old boy.

Jennifer Cunningham, 32, who worked as a bar manager and trainer at Mickey's Top Sirloin, is described as a person who had a heart of gold. 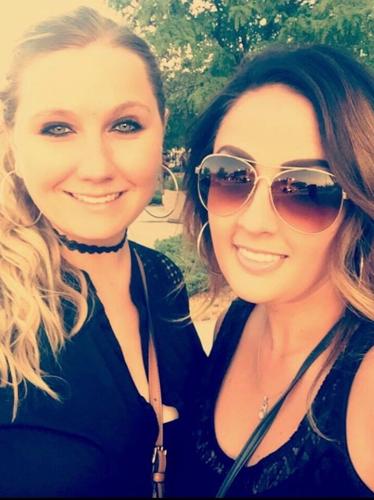 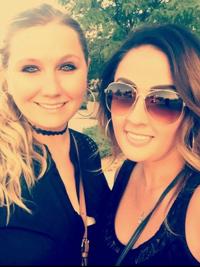 Jennifer Cunningham and Alexis Lauterbach were childhood friends. "I hate the way she passed away," said Lauterbach. "This was not Jen." 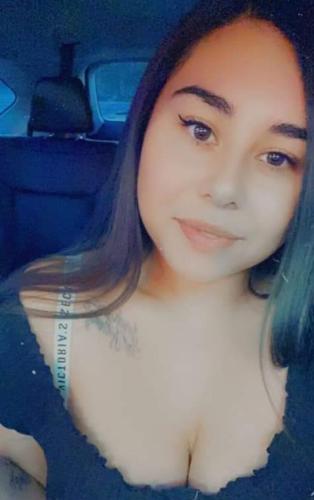 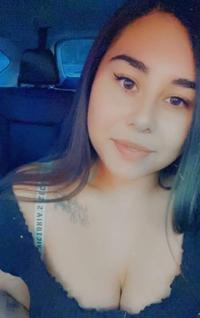 Karina Rodriguez was one of five people who died of a fentanyl overdose. Friends say she was not involved in drugs as she had been pregnant and nursing her baby for a year.

The shocking fentanyl overdose deaths of five young people in a Commerce City apartment last weekend marked an ugly milestone for Colorado: It was the country’s largest single fentanyl overdose event the Drug Enforcement Administration believes it has seen in one place at one time.

“This event shook the conscience of all of us,” said Dave Olesky, acting special agent in charge for the Denver division of the DEA.

Three women and two men were found dead at the North Range Crossings Apartments at 14480 East 104th Ave. during a welfare check by a relative at around 3:45 p.m. Sunday. A sixth woman who was taken to the hospital is expected to survive and a four-month old infant was discovered alive in a back room.

Authorities said the baby girl, named Aria, is the child of two of the deceased, Sabas “Sam” Daniel Marquez, 24, and Karina Joy Rodriguez, 28. She is being cared for by a family member. The apartment where the five bodies were found belonged to Rodriguez and Marquez.

The Gazette has tracked the relationship between the five victims to a Denver family steakhouse where three of the women worked together.

Jennifer Cunningham, 32, was a bar manager and trainer at Mickey’s Top Sirloin at 69th and North Broadway. Rodriguez was a server and trainer and Stephine Monroe, 29, was a former server who remained close friends with Cunningham and Rodriguez.

Monroe took another job at an Applebee’s and was working there at the time of her death, according to Mickey’s owner Trace Welch. Welch said that though the bodies were discovered Sunday afternoon, Monroe failed to show up for her Applebee’s shift Saturday and he wonders if that means the deaths happened some time the night before.

Cunningham had worked at Mickey’s for over seven years, and Rodriguez for three and a half. Welch says the loss has devastated the 60-year-old family restaurant.

“This was murder,” Welch told The Gazette. “These deaths should be a rallying cry in how we charge drug dealers who sell fentanyl.”

The men who died, Marquez and Humberto Arroyo-Ledezma, 32, were spouses of two of the women who attended the party. Arroyo’s wife, Cora, somehow survived and was rushed to the hospital. The Arroyos have three children , aged 12, 10 and 5, according to a GoFundMe which is raising money for the family.

Welch said detectives questioned him Monday at the restaurant. “Karina hadn’t done anything for a year because she was pregnant and she had just stopped breastfeeding,” said Welch. He believes the five who died were using cocaine recreationally Saturday night and had no idea that the drug had been laced with fentanyl.

Earlier this week, 17th Judicial District Attorney Brian Mason corroborated Welch’s theory, that the five likely thought they were ingesting cocaine and were unaware that the powder was mixed with a fatal dose of the opioid. “The evidence on scene was lines of powder on glass mirrors consistent with cocaine and not fentanyl,” Mason told Colorado Public Radio.

Mason said he does not believe that the victims called 911.

“They essentially dropped dead where they were. They didn’t have time to call for help,” he said, calling overdose fentanyl deaths a public health crisis. “We’re finding fentanyl in cocaine, heroin and methamphetamine and oxycontin and, even in limited circumstances, we found it in marijuana.”

Mason was one of a group of law enforcement officers who joined Attorney General Phil Weiser late last year sounding the alarm for state lawmakers to reassess a 2019 bill which made possession of less than 4 grams of fentanyl a misdemeanor instead of a felony. Also among that group was Douglas County Sheriff Tony Spurlock, who wants to see possession of any amount of fentanyl a felony. Spurlock stresses that it’s not the recreational fentanyl user he’s after, it’s the dealers.

Fentanyl deaths surge in Colorado amid shift in drug market, accelerated by pandemic

“The ones who overdose and live, we’re not writing them tickets. We want to go after the person who delivered it to them. If you’re dealing fentanyl and you know that the slightest amount is lethal, you should be held accountable. At a minimum it’s manslaughter.”

Spurlock says that dealers drop fentanyl into other drugs to improve the high. Under the current Colorado laws, possession of anything under four grams of fentanyl is a misdemeanor. “It’s the equivalent a careless driving ticket,” said Spurlock, adding that four grams of fentanyl can kill hundreds of people and a smallest amount can be fatal. “Think about the grains on the top of a pen. That amount can kill a person.”

“It was wrong place, wrong time, wrong choice,” said Alexis Lauterbach, a childhood friend of Cunningham. Lauterbach, said she tried to call Cunningham last weekend, but her phone was turned off and the experience has left her feeling helpless and confused. “I hate the way she passed away. This was a weekend decision that turned out for the worst. This was not Jen.”

Both Lauterbach and Welch are upset that strangers on social media have misjudged the group who died as losers and junkies. “I see people who do drugs and not one time did I ever think that Jen was on something.” Welch remembered working “hand in hand” with Cunningham at the restaurant Saturday; and it never crossed his mind that when they said goodbye, it would be the last time he saw her.

Lauterbach said that Cunningham had a heart of gold. “Jen was very outgoing. It didn’t matter where she went, she was social and happy,” said Lauterbach. She said that her friend's family is planning her cremation and celebration of life.

Where is fentanyl coming from?

Olesky said that fentanyl is a synthetic opioid which can be prescribed for pain, but the powder sold on U.S. streets is coming in from Mexico. “Almost everything we see nowadays originates in Mexico and is produced by Mexican drug trafficking organizations.”

Commerce City police commander Dennis Flynn said that his force is working with the North Metro Drug Task Force and the DEA gathering leads, interviewing witnesses, and combing through surveillance video and cellphone messages to track down the person who sold the fentanyl-laced cocaine to the group.

Flynn said the powdered substance found in the apartment has been sent to the state drug lab at the Colorado Bureau of Investigation and the federal DEA facility for analysis.

Sunday’s sobering fatalities may be the largest group to die in a single location at one time, but they’re not the first.

Two weeks ago, fentanyl killed seven people in a two-block area in the  Central West End neighborhood of St. Louis over a 3-day period. In that case, federal investigators used surveillance video to catch a woman who they found was distributing fentanyl-laced cocaine out of her residence. Video showed at least one neighbor died after he visited 46-year-old Chuny Ann Reed’s apartment, where investigators said he bought the drugs. Reed is facing federal distribution charges in the case.

Last September, comedian Fuquan Johnson was one of three people at a Los Angeles party who died of a suspected overdose.  A fourth person was rushed to the hospital in critical condition.

The simultaneous deaths of five young people in one night at one residence illustrate the meteoric rise of Colorado’s fentanyl crisis since 2000, when there were five fentanyl overdose deaths in the entire year. Compare that number to 2021, when that number soared to 803, according to the Colorado Department of Health and Environment. Vital Statistics Manager Kirk Bol cautions that the 2021 numbers could go higher, but they won’t be final until May.

Colorado fentanyl overdose numbers for 2022 won’t surface until April because of the lag in registration and processing of death certificates. Among those statistics will be the sad case of five people who were distributed one poisonous batch of drugs on a February weekend.

Commander Flynn is making it his priority to build a solid case against the dealer who sold the drugs in the first place.

“These are five souls who lost their lives, and a child who doesn’t have her parents. We want to do everything we can to look at this case criminally.”

Fundraising efforts for the victims

There are several fundraising efforts for the Commerce City victims’ funerals and to help support the baby left behind.

Fentanyl has flooded Colorado. Fatal doses involving the drug have skyrocketed since 2015, and last year, more than 800 Coloradans died after …

Denver police swept into beleaguered Union Station in the city’s center on Wednesday, and not a moment too soon. Many Denverites would say it’…