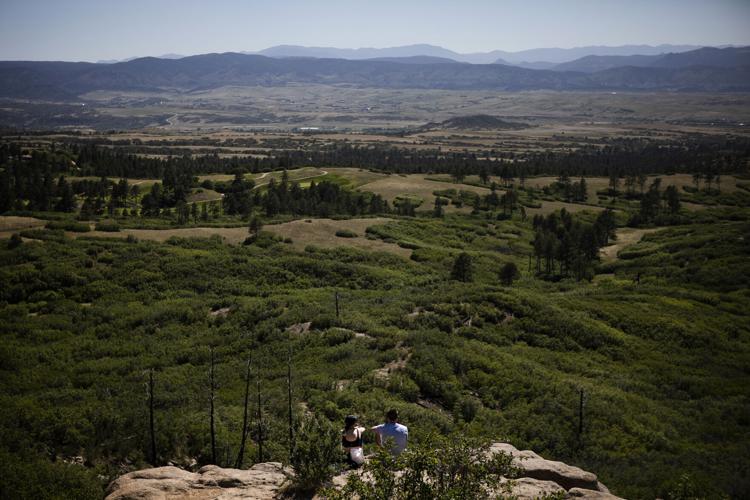 Daniels Park is still up for grabs, according to one Douglas County Commissioner who says he has plans to meet with Denver Mayor Michael Hancock about taking the iconic property over from the Mile High City.

But Hancock is out of the office this week and has not heard from Douglas County Commissioner George Teal, according to Denver Chief Communications Officer Theresa Marchetta.

"He has had no contact with him. None," said Marchetta.

Teal has spoken with at least one member of the Denver City Council about the issue. Candi CdeBaca told The Denver Gazette that she and Teal spoke last week.

Underneath the scuffle over ownership is the speculation that Teal has mentioned seizing the land in retaliation for an ordinance barring concealed carry of firearms in parks that Denver approved for its buildings and parks last month.

A recent post that appears to have been written by Teal on a conservative Facebook page indicated that he was considering using the county’s eminent domain powers to “seize Daniel’s (sic) Park from the City and County of Denver in light of their recent decisions that impinge on our Constitutional Rights ensured by the 2nd Amendment.”

The Denver Gazette received a screenshot of the post from a Douglas County Commissioner Lora Thomas. Last week, the group voted 2-1 to look into what it would take to seize the park. Thomas was the lone dissenter.

The Denver City Council vote regarding concealed carry was not unanimous either. Three of the council's 12 members, including CdeBaca, voted against the ban because they felt banning concealed carry in parks was unnecessary. City Council member Kevin Flynn, one of the three who voted against the ban, said no concealed permit holder had ever been arrested for misusing a firearm in a city park.

He told The Denver Gazette that because of Teal's comments, he would support revisiting the issue but suspects there wouldn't be seven votes to change it.

"No one would take the threat of eminent domain seriously," he said.

Coloradans to get at least $750 in summer rebate checks, governor says

Teal's comments hit a nerve with Denver Parks and Recreation officials when they surfaced last week.

Attorneys for both sides have been digging into the issue trying to determine whether a government can seize another government's property.

“This is a strange one. Yes, Douglas County normally can take property for creating a park but this is already a park,” said Gordon, who added that the hoopla over Daniels Park sounds like political bluster. “There might be puffing out of chests. But even if Douglas County can do this, it would have to pay for the land.”

Gordon said the eminent domain process would be messy. To seize the property using eminent domain, Douglas County would first have to file a condemnation petition with the courts and there would be briefing and likely a hearing to determine whether the county could take the land.

If the court approves the seizure, then there would be a trial to determine the value of the land. The county would not be included in this process, possibly taking the decision to voters.

Scott Gilmore, Denver’s deputy manger of Parks and Recreation, told The Denver Gazette that the land could be worth anywhere from half a billion dollars to $800 million.

Teal made his comments during the group’s weekly administrative meeting Tuesday.

During the public session, Thomas pushed Teal on whether he had contacted Gilmore. Teal said he had spoken with people who make the decisions, specifically some members of the Denver City Council, about the issue.

The 1,000-acre park has belonged to Denver for over a century but it is located in Douglas County bordering Castle Pines where the average price of a home is over a million dollars. A road that runs through the park was paid for and is maintained by Douglas County.

Daniels Park is one of 22 parks in the Denver Mountain Parks system that are located outside of city limits. It is popular with hikers, used for Indigenous ceremonies and has a bison herd roaming the property.

Mayor Hancock to DougCo commissioners: Hands off of Daniels Park

Near the southwest corner of Colorado, Ouray gets its name from a man who wanted peace.