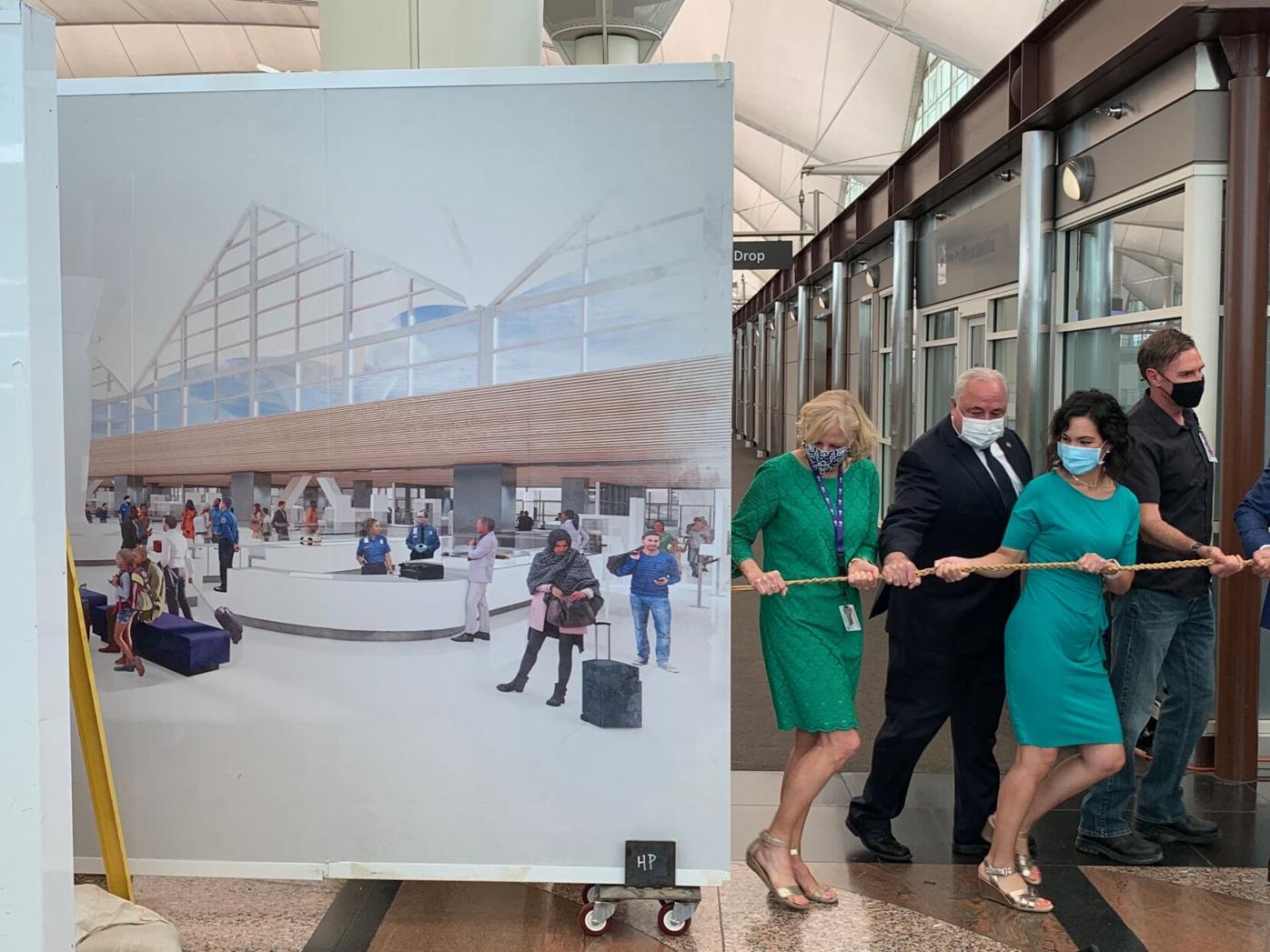 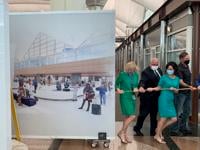 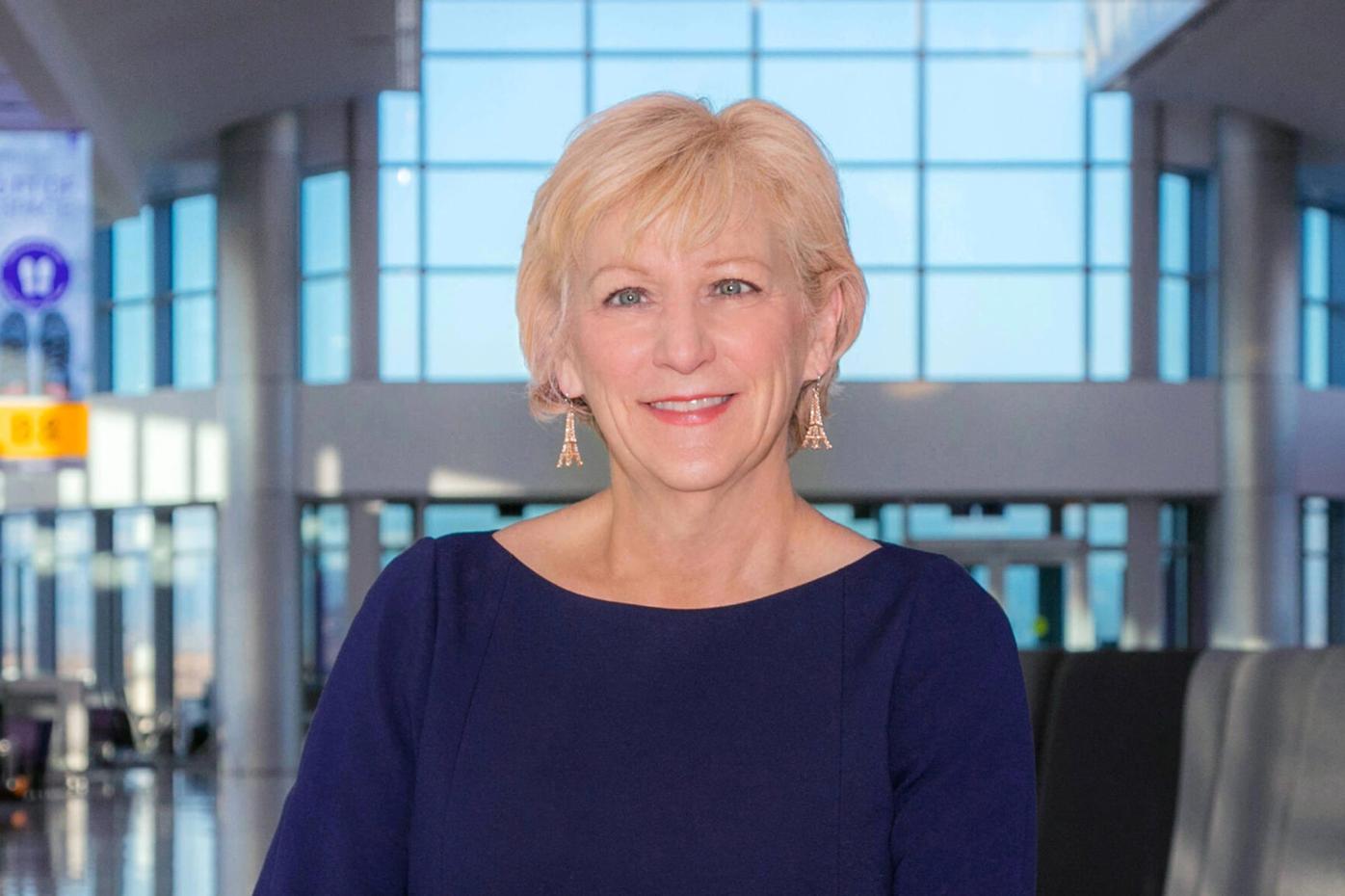 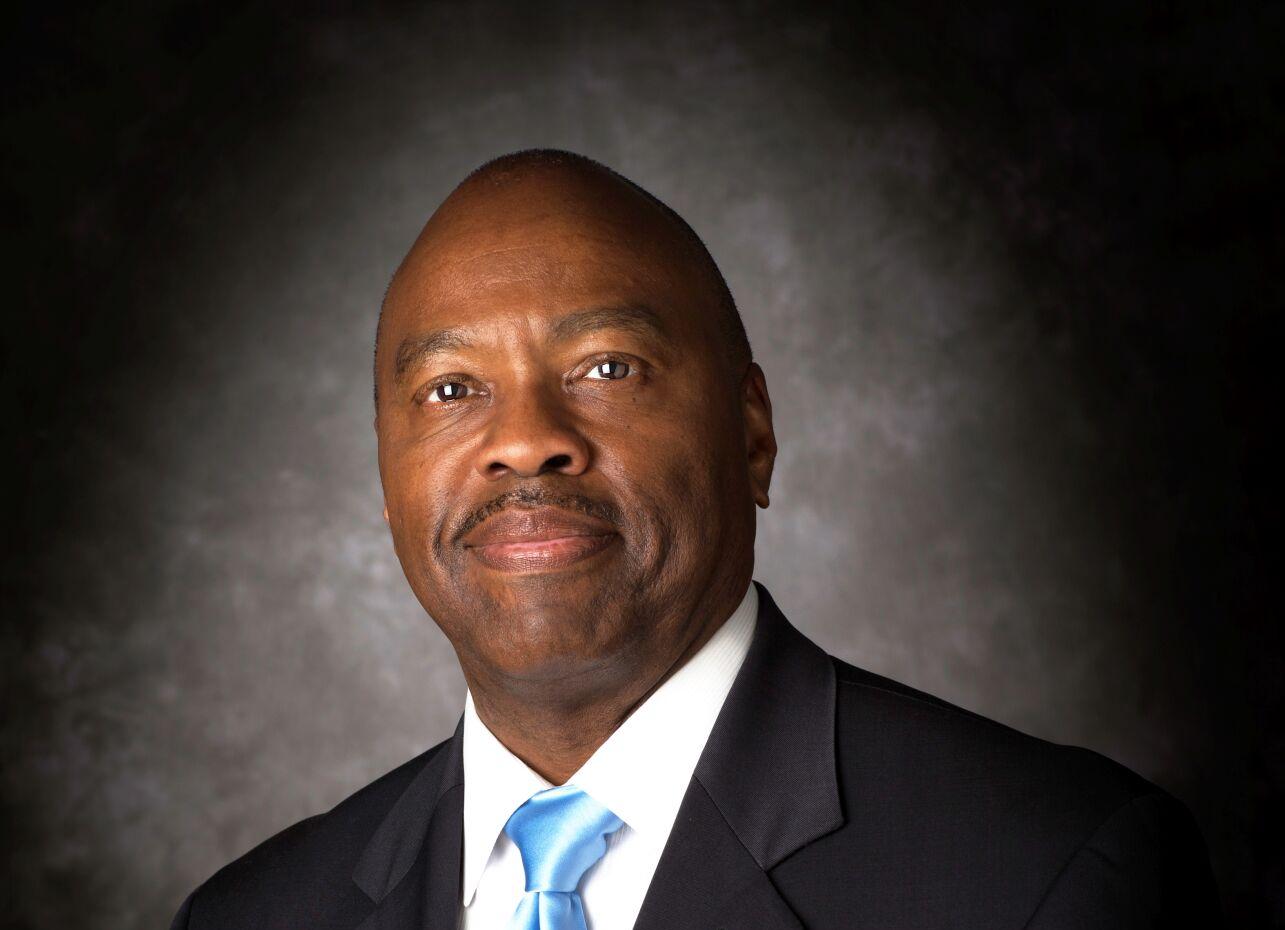 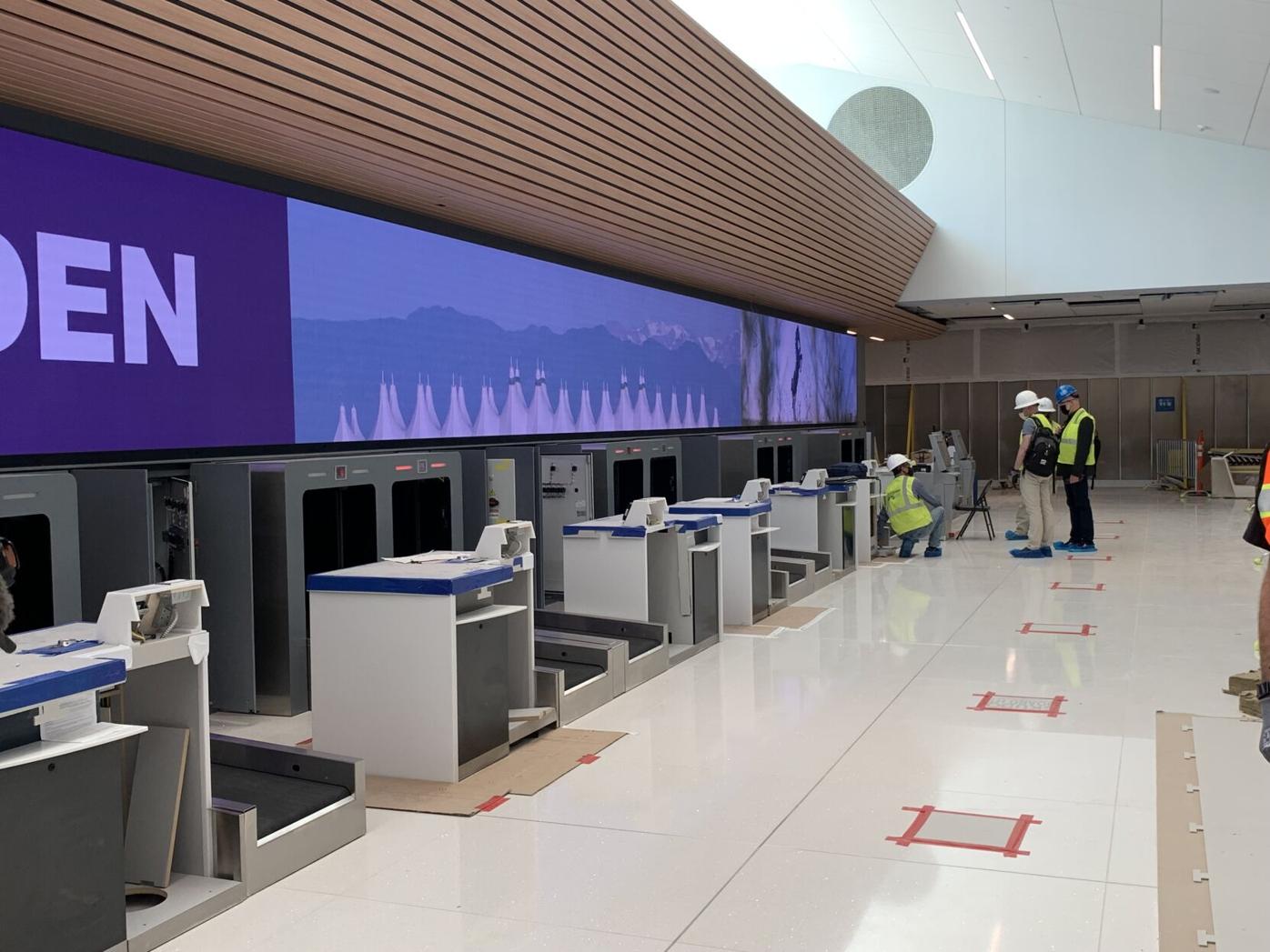 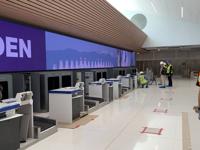 The new sixth-floor check in stations at Denver International Airport, which will open by the end of 2021.

The new sixth-floor check in stations at Denver International Airport, which will open by the end of 2021.

When Kim Day walked out of Denver International Airport July 16 for the last time as its leader of 13 years, she left America’s third-busiest airport in a stronger financial position and helped set in motion expansion that will accommodate future growth, supporters said.

But it wasn’t all wine and roses, as the old saying goes. Her tenure was also marked by the messy “divorce” to dissolve a $1.8 billion public-private partnership that was supposed to have lasted more than 30 years with a coalition led by Ferrovial Airports, and Saunders Construction as general contractor, on a terminal expansion project to improve security and check-in areas.

Her replacement, CEO Phil Washington, started Monday after being appointed by Mayor Michael Hancock – without a national search – and quickly approved by the Denver City Council. Washington most recently led Los Angles Metropolitan Transportation Authority and is the former head of the Regional Transportation District.

Though he’s got no experience running airports, Day left him with a competent set of assistants as she appointed three high-level executives in the months before her departure, including longtime United Airlines executive Steve Jaquith as DIA’s chief operating officer.

Washington has declined multiple interview requests from the Denver Gazette since his position was affirmed by City Council July 12, saying he "would like to spend some time at (the airport) over the next few weeks before doing these types of interviews.”

Washington pledged in his first email to employees Monday “To empower you. I am not a micro-manager.” and “To speak with one voice, without mixed and confused internal and external messages.”

He offered 42 other pledges outlining his leadership style and commitment to airport employees, contractors, concession business owners, airlines and the public.

During Day’s tenure, passenger traffic grew from 51.2 million to a pre-pandemic high of 69 million annually. Day has said publicly she expects the airport to hit 80-90 million passengers per year soon.

“DIA continues to be a cash cow for the City of Denver,” said District 2 City Councilman Kevin Flynn, head of the council’s Business and Aviation Committee. “Kim Day has done remarkably well as it’s resilient. For operations and marketing, she gets an A+. Look at the destinations the airport has added and not another penny was needed (from Denver’s general funds during the pandemic) … because enough reserves were built up to pay every bill.

“As a financial management leader, she was stellar.”

In an “exit interview” of sorts with the Denver Gazette before she left, Day said of the Great Hall partnership debacle: “It was like a divorce – there are sometimes surprises in a relationship. Though we thought this ‘marriage’ was strong, we learned we picked the wrong partner.”

Ferrovial’s tenure was marred by delays and cost overruns. It started as a $650-million project, according to Spain-based company. After the proposed budget ballooned to $1.8 billion, DIA ended the contract mid-2019, after less than two years.

“They could not do what they said they would do for the money, and in the time frame they said, so we terminated the agreement and took back control,” Day said.

According to a 248-page document submitted by Ferrovial in the final payout negotiations, Day micromanaged the project.

“A significant and continuing issue remains the owner’s (DIA) lack of decision making,” according to a July 25, 2019 cover letter from Ignacio Perez Jainaga, CEO of Great Hall Builders LLC. “GHB participated in innumerable meetings with the owner and urged the owner to make decisions about crucial problems that were impacting the project. Owner representatives at the project level are simply not empowered to make even basic decisions … Decisions will only be made by or with the explicit approval of the CEO of the airport, who is rarely available to issue a decision.”

Day disputed those claims, but acknowledged there were communication issues.

“A lot of stuff in that report is not true,” Day said. “I’m not going to sit here and swap insults, but what I will say is that it was a bad partnership from the beginning – there were cultural differences. There was trouble communicating, that was the biggest thing.”

Flynn said of his six years in office, approving the Great Hall partnership is the only vote he’d take back.

“We were shifting risk to the private partner and that seemed like it would be a productive way to get this job done,” Flynn said. “It was, and is, important to the City Council that we move those security screening stations off the 5th level … That’s the biggest frustration with the failure of the P3 (public-private partnership), the delay in the movement of those facilities to a more secure location. The way it looks now, there’s no clear path to complete it.

“We wasted a lot of resources and time.”

To continue the divorce analogy, Flynn said “in every divorce, there’s usually fault on both sides.”

Once the project owner, in this case DIA, set the parameters and “programmatic requirements” for the proposed improvements, it should be willing to leave the details to the contractor, he said.

“You need to let go of things like what kind of wallpaper to use, or the types of urinals in the restrooms,” Flynn said. “Every change you make eats into the risk transferred to the private partner. DIA had to shoulder more and more. The detour we took sucked well over nine figures out of that $770 million budget.

“We paid a breakup fee. We paid alimony.”

The $770 million is the scaled-back budget that includes Great Hall renovations for phase one and two.

“All obligations and disputes (financial and otherwise) with the former developer are now resolved,” airport officials announced in March 2020.

That price included compensation for the work already completed, materials the partnership had already purchased, drawings and plans, Day said.

“There were no cost overruns, no matter what anyone wants to say,” Day said.

“(The airport) does not have to pay any fees or penalties simply for terminating the Development Agreement,” according to a December 2019 DIA news release.

DIA officials “quickly mobilized” and got another general contractor in place within 90 days, Day said.

Greeley-based Hensel Phelps has been doing work at DIA for the last 25 years, and for the City of Denver for 40 years, said Derek Hoffine, vice president and district manager.

It’s almost done with phase one, which added 86 check-in stations on the sixth level for United Airlines and Southwest Airlines – the airports two largest carriers.

“We’re on schedule and under budget,” Hoffine said.

One of the biggest points of contention with the Great Hall partners was they alleged the original concrete on the fifth level was not structurally sound enough to build a sixth level over it (where previous open space had been over the TSA security check in stations).

Both Hoffine and Michael Sheehan, senior vice president of airport development and special projects, said those claims were baseless.

“Phase one was the most painful phase,” said Sheehan. “Because you can’t walk from north-to-south without going down or up. That will all be completed and open by Christmas, so we can move forward with Phase Two.”

The next phase started earlier this month and will disrupt the north end of the Jeppesen Terminal, as new security checkpoints are installed on the sixth floor. Plans call for three escalators to move people from the new sixth-floor security stations directly to the train platform. Improvements should be functioning by the beginning of 2024.

“The real challenge for phase two is going to be working over existing structures and existing sections with passenger traffic,” Hoffine said.

One of the few highlights of the pandemic year 2020 the airport was less busy amid the coronavirus pandemic and the contractors were able to complete the work quickly, he said.

“This time it will be more work during off-hours, late nights when there’s no surge of passengers,” Hoffine said.

“It’s like working on a 3-D chess board,” Sheehan said.

Hoffine said the phase one project is $25 million under original estimates.

Day said she’s got no immediate plans, except to unplug and unwind for a while.

“I’m going to spend a few months re-discovering who I am, and what my passions are,” she said. “After you do the job for 13 years, you become the job. I’m so looking forward to not answering this phone in the middle of the night or whenever it rings. I’m going to do nothing for a while.”

She had planned to retire in 2020, after navigating the challenging health issues that come with a breast-cancer diagnosis, but decided to stay on through the pandemic.

Asked what she’ll miss most, Day replied with tears: “One of the lovely things about a career, is you collect people along the way. The people I’ve collected here are amazing and got me through the cancer.”

To avoid second-guessing anything the new leadership does at DIA, Day plans to put some distance between her and the airport.

Flying west into the sunset, so to speak.

“I bought a house in California five years ago and never lived there, just rented it out,” she said. “I’m heading there this fall and am going to start anew – whatever that looks like.”

Beginning on Monday, downtown Denver's Highland Bridge on 16th Street will be closed for maintenance work, the Department of Transportation an…