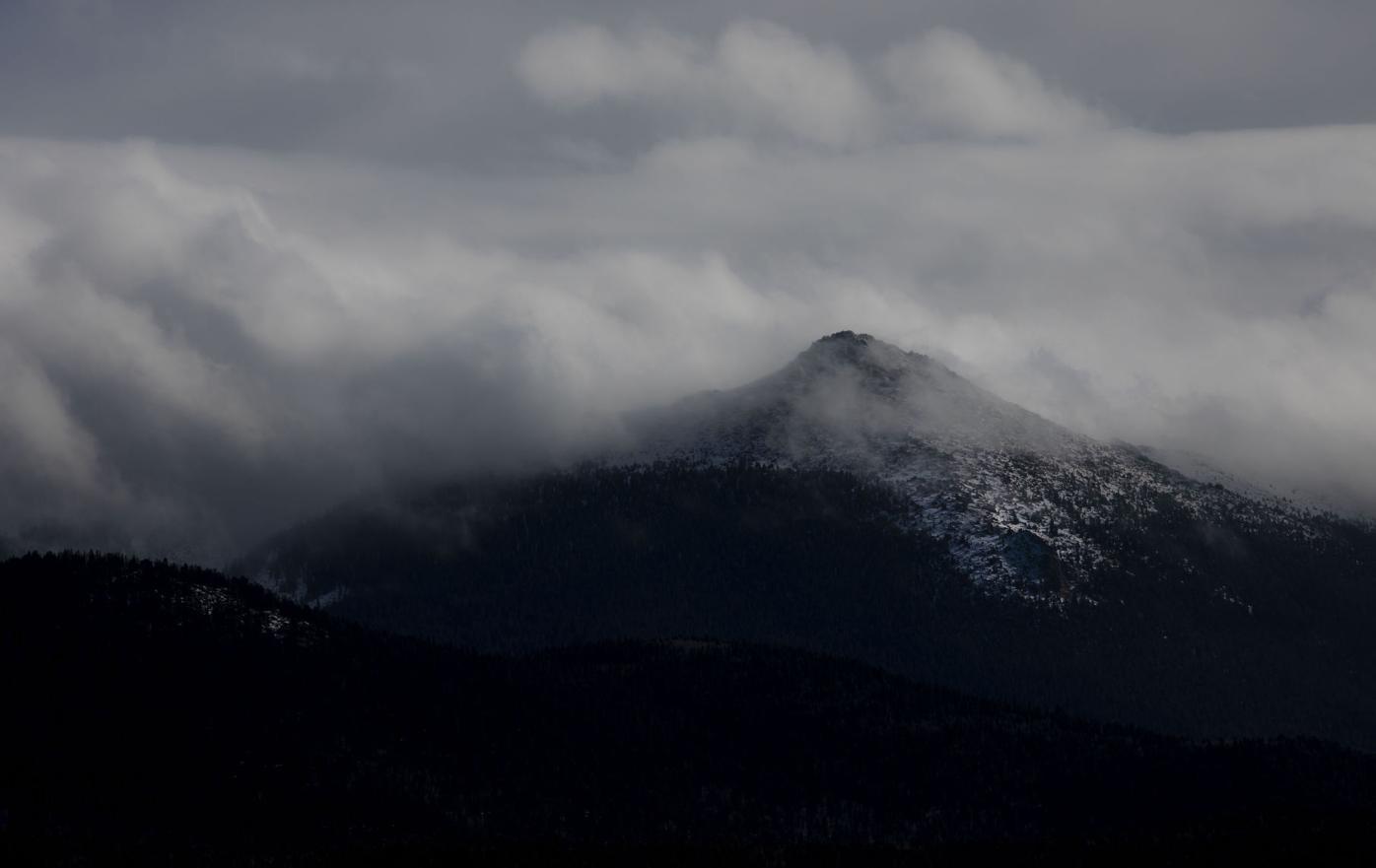 A view of the Pikes Peak region at Mueller State Park outside Divide. 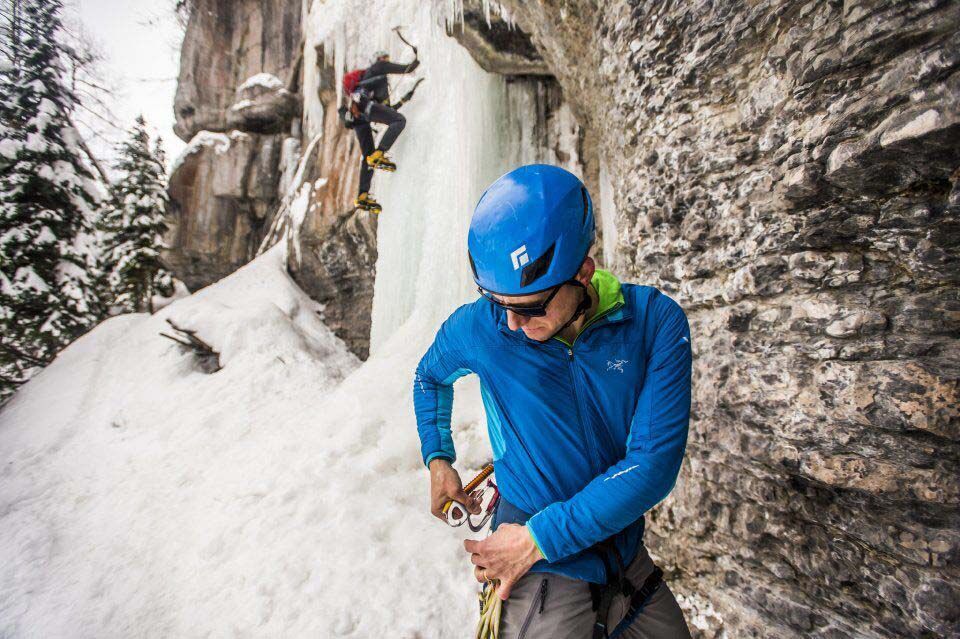 Phil Wortmann gets his gear ready for ice climbing in Vail in 2016.

A view of the Pikes Peak region at Mueller State Park outside Divide.

Phil Wortmann gets his gear ready for ice climbing in Vail in 2016.

More than a month after public revelations of a "bolt war," a heated climbing dispute on Pikes Peak shows no signs of cooling.

Phil Wortmann, a local school teacher and alpinist widely respected for raising the bar on the mountain's high rock, took to Facebook at the end of July about the disagreement that he said simmered for much of last year. He posted a photo of two other longtime Colorado Springs climbers, Brad Saren and Bo Parsons, wielding tools used to chop bolts, pins and other protective anchors that Wortmann fixed into crags to establish routes.

Wortmann said at least a dozen of his routes had been "destroyed" by Saren and Parsons. That included some in Wortmann's new, extensive book to climbing the peak — considered a first-of-its kind guide to the alpine that has historically been enjoyed by a small, local circle.

The book, Wortmann said, is at the center of the bolt war. It's believed to be the Pikes Peak region's first since the 1980s, when the area known as Turkey Rocks was bolted by a new wave of sport climbers, as they came to be called. They faced off with traditionalists who removed and re-removed routes before sport climbers shifted their focus to Shelf Road near Cañon City.

While Wortmann has stated his intention to educate and create a more inclusive environment with his guidebook, Parsons, in an August statement, called this a "guise" and the act of publishing a breach of unwritten code.

Parsons' accusations went further, saying Wortmann's bolting threatened to change the tried and true methods known on the mountain for decades. Parsons helped start advocacy group Pikes Peak Climbers Alliance; he was on the local scene before Wortmann joined in the 1990s.

In his statement, Parsons explained the way to climbing the peak was through people in-the-know, not through a guidebook inviting outsiders unaware of the area's traditions, dangers and fragility. Parsons in his statement offered to guide anyone wanting "to trad climb in a pristine environment where risk is part of the adventure" and advised others "wanting to sport climb or develop a sport climbing area" to look elsewhere.

"New ethics of climbing on Pikes Peak will not be tolerated by me or others," Parsons wrote, "and I will continue to defend the wild, adventurous and minimalistic venue that Pikes Peak has been for fifty years before Phil and others have come along."

Wortmann has countered this sentiment as being the other side's guise. He has said his approach to drilling anchors is "conservative" and employed not for easing climbs but for safety — "because I don't want friends dying."

Hardware removal "is purely a personal vendetta over the book," Wortmann said.

He said he has cut off talks with Saren and Parsons. Gazette attempts to reach them have been unsuccessful.

Brian Shelton, a veteran member of the sport's regional guard, said he has been in touch with the two he considers friends.

"Neither side is backing down," Shelton said. "The chopping is going to continue on routes that are not viewed to have been done in the Pikes Peak ethic."

Pikes Peak Climbers Alliance's board last month voted to restore routes. This was in response to a poll in which 95% of respondents "felt that fixed anchors should be present on routes that hold no areas for placement of gear" — temporary holds — "or that do not provide safe paths for exit," read the alliance's announcement.

Asked if routes had been reestablished, PPCA President Andrew Reed in a brief phone call said answering "would just send more triggers." Reed declined to answer other questions, saying media coverage of the issue is "damaging" and "drawing unnecessary attention of the Forest Service."

A Forest Service spokesperson told The Gazette that the agency was in contact with PPCA.

"While we typically don’t intervene in disputes between private parties, we understand the need for collaboration and partnerships to achieve resource goals," read a statement.

Shelton said his "ultimate concern" was consequences from the Forest Service. "When the landowner steps in, freedoms are taken away," he said.

But he agreed with a lifelong climbing partner, Stewart Green, whose days on Pikes Peak date back to the '60s. Green has said he thinks regulations could be necessary, similar to those settled between the PPCA and Forest Service in 2015 for the South Platte area.

"If (sides) can't figure it out," Green said, "then I think we need to have some kind of formalized climbing management plan to address these issues."

Wortmann said he'd "be happy" for a management plan.

"I've recommended it for over a year now," he said. "I would be glad to give up some of my freedoms up there in order to sort of safeguard people being able to go up there and climb safely."

As for restoring routes in the meantime, "I've kinda left it up to PPCA," Wortmann said.

He said he wanted to remove himself from the situation. "Just trying not to take it personally," he said. "This is more about the community coming out stronger and better."