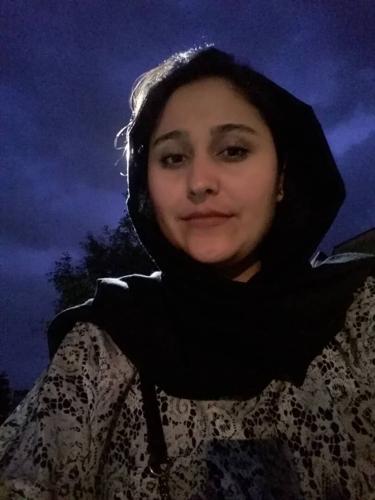 After a year of waiting, Fahimeh Amini was not able to get a visa to the U.S., but two weeks ago her visa to Pakistan came through. This photo was taken in Pakistan. Now her hopes are on Canada 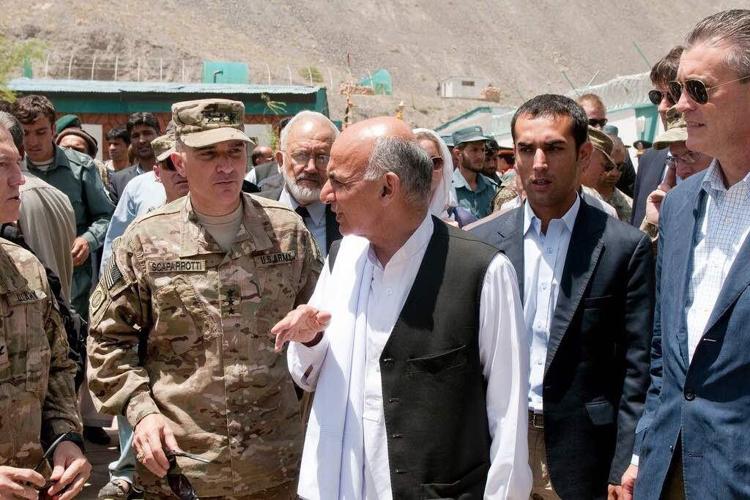 Ahmed Siddiqi, third from left, during the first transition from the U.S. to the Afghans in 2010 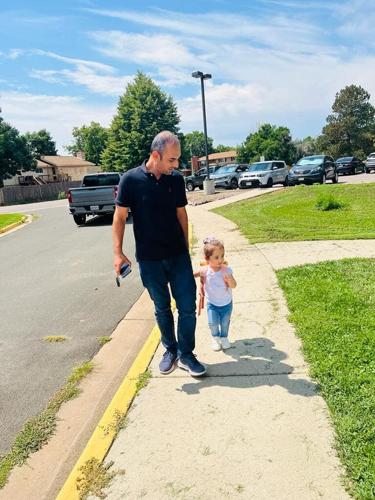 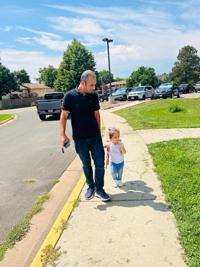 Two year old Fareeha walks to her first day of pre-school with her father, Ahmad Siddiqi, the week of Aug. 15 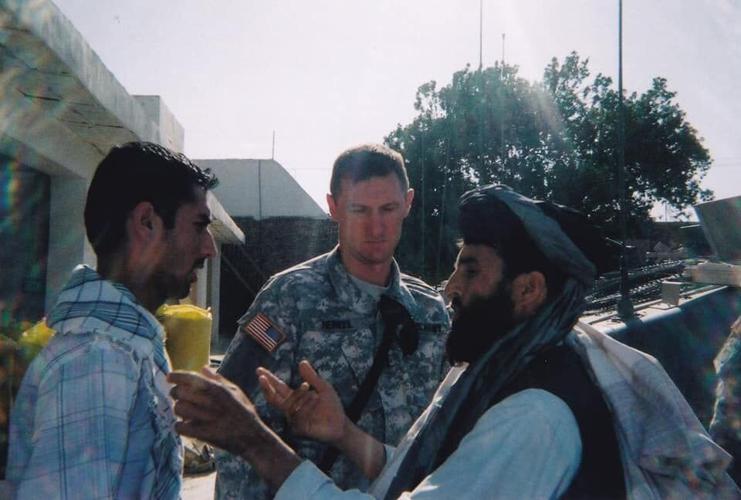 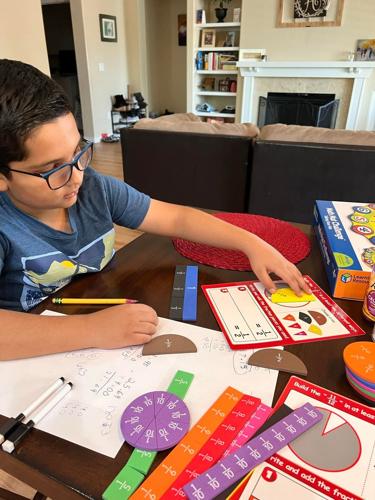 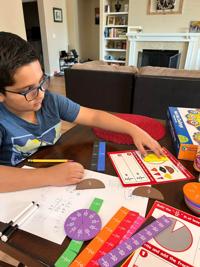 Nine year old Amir Siddiqi does his homework during the first week of school. He missed his classmates this summer. 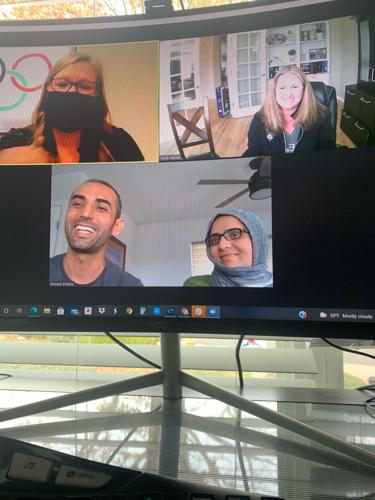 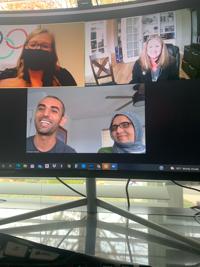 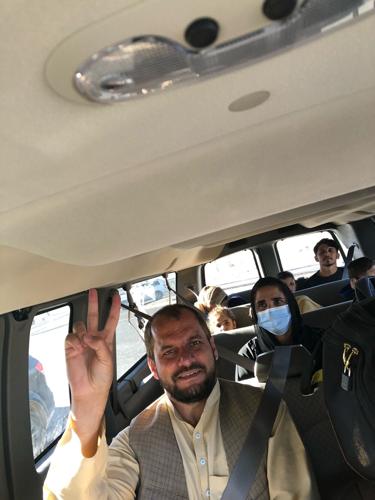 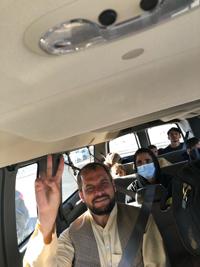 After a year of waiting, Fahimeh Amini was not able to get a visa to the U.S., but two weeks ago her visa to Pakistan came through. This photo was taken in Pakistan. Now her hopes are on Canada

Ahmed Siddiqi, third from left, during the first transition from the U.S. to the Afghans in 2010

Two year old Fareeha walks to her first day of pre-school with her father, Ahmad Siddiqi, the week of Aug. 15

Nine year old Amir Siddiqi does his homework during the first week of school. He missed his classmates this summer.

A year after American troops evacuated from Afghanistan, two Afghans with ties to Colorado formerly profiled by The Gazette are transitioning to a new life.

According to a March 2022 report from the Association of Wartime Allies, 78,000 Afghan allies were left behind when American troops evacuated.

When Kabul fell, the Afghan scholar lost her job at the University of Herat because she is a woman. She never got used to the reign of the Taliban, which required her to stay at home unless she had an escort. She has tried to stay optimistic, which was hard during long days trapped inside a relative’s home with little purpose.

When The Denver Gazette first wrote about Amini, she had offers from several Coloradans who were interested in being her sponsor — but all of them fell through. After months of waiting, she was recently given a Visa to leave for Pakistan, where she awaits a study permit from Canada. She is unsure if she will be able to get that permit.

The 31-year-old’s plight is similar to that of many females who enjoyed relative equality after the Taliban was defeated in 2001. She is grateful that people in Colorado still care about her as the uncertainty continues over whether she will be allowed to continue her education in North America.

An interpreter and his family of 10 are doing well and living in Boulder after the group made their original flight from Kabul to the front range last October. Major Chris Liggett told The Gazette that the Matt, who doesn't want his name used because he fears for relatives back in Afghanistan, has a full-time job, is studying computer science and is taking advanced English classes at the University of Colorado/Boulder.

Liggett told the Gazette that he knew he wanted to save his former interpreter and his family as he watched Kabul fall from 7000 miles away.  Panicked that his old friend's life was in danger, he went to work contacting everyone he knew through social media sites to help.

Matt's narrowly survived his escape, hiding in a water tower as the Taliban looked for him, intent on punishing him and those he loved for his work with the U.S. Luckily he had already begun working on his Special Immigrant Visa in 2021 with Liggett, because COVID forced him to close a cellphone store he owned on an Army base in the Eastern Province.

Ligget, a former platoon leader, met Matt and his entourage of his wife, Aziza, his brother, and their seven children at Holloman Air Force Base near White Sands Missile Range in Southern New Mexico. After fleeing for their lives, the refugees were at the base for five weeks while they were being vetted.

Matt is now heavily involved with helping other Afghans resettle and his nine children are starting school this week. Liggett has moved from Colorado and is now teaching at West Point.

Ahmad Siddiqi is torn between two countries — the Afghanistan he fled as the Taliban reclaimed the country a year ago, and America where an Army captain he worked and fought with sponsored him to begin a new life. Resettlement has been kind and cruel.

The family’s electricity was almost shut off when the bill went unpaid because Siddiqi didn’t understand the system. In addition, the job situation is bleak. To make ends meet, he has worked as a window installer, Door Dash deliverer and Lyft driver, which requires midnight shifts. Siddiqi admits he has turned down some employment, including a $9 per hour dishwashing job and one refueling planes, a position offered by the government, but one he’s not qualified for.

He’s afraid that if he doesn’t get the work he’s applied for — helping other refugees obtain Special Immigrant Visas — he will lose his home in January. Though his kids’ healthy transition has been a bright spot, “There’s no system to follow up with the refugees who are brought in. There are so many things for evacuees to learn. These people have degrees, they studied. These aren’t farmers,” Siddiqi said.

On Monday, the interpreter was hard at work at his most consistent job, delivering Hello Fresh grocery boxes to suburban families. In a vast industrial Denver warehouse, Siddiqi checked UPC codes, signed forms and carefully arranged 21 food-filled boxes like building blocks into his gold Toyota SUV. “Aug. 22. This is the day I left my house. My family,” he tapped on a cardboard container and struggled to keep his composure. “In the material world, I lost everything. But I’m still looking for the peace of mind I had. The calmness,” he said. “I had a good life you know, and now I’m delivering boxes. But I’m pretty sure things will change.”

Uncertainty over humanitarian aid adds to war trauma as Ukrainians settle in the U.S.

Things have changed back home — for the worst. Last week, the mountain home where he planted vineyards and almond trees was infiltrated by the Taliban and is now a military outpost. Terrorists found the registration for his Lexus SUV and took it from a friend who was watching it for him. Another home he owned was burned.

Before the fall of Afghanistan, Siddiqi, 36, enjoyed a 20-year career as an interpreter who connected American soldiers with tribal leaders and statesmen. His resume included work with the State Department, the United Nations, the Department of Defense and North Atlantic Treaty Organization. Because he helped U.S. troops, Siddiqi was considered a traitor by his people, leading camouflaged American soldiers door to door in a campaign to convince villagers who were mostly aligned with the Taliban to embrace the idea of democracy.

The Siddiqis represent five of the over 2,297 Afghan refugees who resettled in Colorado from Aug 1 2021 during the fall of Afghanistan until the end of July 2022. The Department of Homeland Security defines a refugee as someone fearing persecution in their home country for various reasons including religion or political opinions.

The family made headlines in Colorado when one of the cultural ambassador’s former commanding officers, Capt. Scott Henkel and his wife, Heidi, who serves on Broomfield City Council, made a desperate call for help to anyone who would listen. As Coloradans followed the Siddiqis’ journey from Kabul to Qatar to a refugee camp in New Jersey, they responded with money, two cars and a year’s rent on a country home complete with a playground and horse next door, with help from the Broomfield Community Foundation.

Heidi Henkel arranged for Ahmad Siddiqi’s wife, Horia, to take driving lessons and for their older children to attend schools. She attained two preschool scholarships for the younger kids. She still tutors them and next month will receive the Heart of Broomfield award for her selfless work with refugees.

Though Ahmad Siddiqi misses his parents and Afghanistan’s mountains where gardens of grapes and almonds thrived around his mountain home, the country he knew and helped build is gone. But Broomfield has given his children a fresh start and that’s what keeps him going.

“One thing that brings hope and joy to (my) heart is seeing my kids going to school and making friends,” he said. “They are safe and back to school. Hopefully, they will have a good future.”

'There is no way to live like a human here:' Young woman scholar desperate to flee Taliban

As the Taliban moved into western Afghanistan to take over Herat Province, Fahemeh Amini grew increasingly frightened. For two weeks, the Afghan Army fought to keep the rebels out, but on August 12th the city fell.