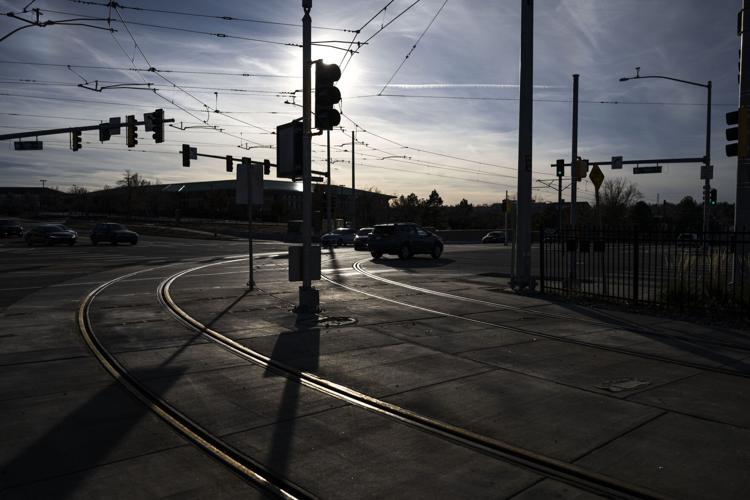 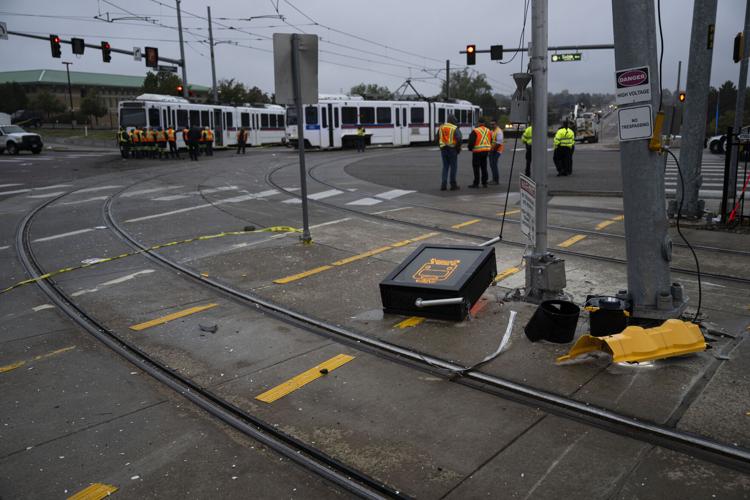 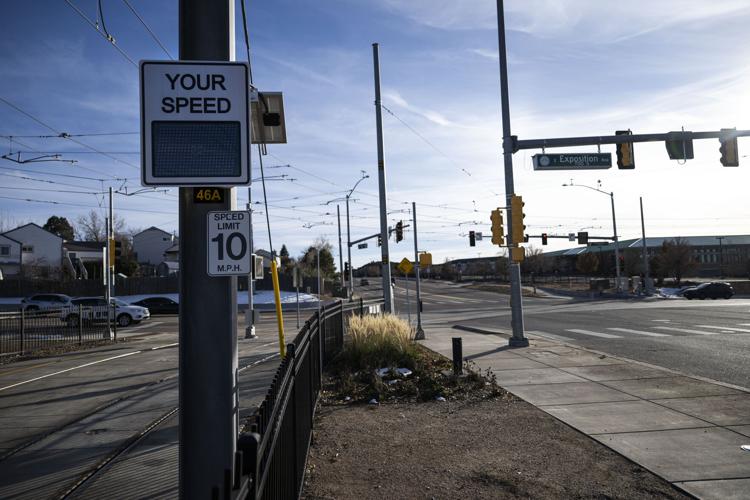 After months of delay, the Colorado Public Utilities Commission Wednesday unanimously agreed to declassify some documents related to the second derailment of the Regional Transportation District's R-Line light rail train in four years at the same Aurora intersection.

At the PUC meeting Wednesday, all three commissioners agreed that at least some of the documents related to the derailment should be released.

“I never understood why these were filed as confidential documents. I think in spirit of transparency and public safety, they should be made public,” Commissioner John Gavan said.

When The Denver Gazette asked for information on the accident's cause last week, RTD spokesperson Tina Jaquez said: "When RTD investigates a light rail accident, it stands in the shoes of the PUC (Public Utilities Commission) and all information compiled, as well as the investigative report, attachments, and proposed corrective action plan are confidential unless otherwise ordered by the Commission.”

While commissioners ordered the unsealing, the records were not immediately available Wednesday.

RTD filed an accident report with the PUC on Oct. 31, as the law requires, and was directed by the PUC to produce a corrective action plan, which RTD filed on Nov. 4.

Richard Bamber, co-founder of citizen transit advocacy organization Greater Denver Transit, told The Denver Gazette such secrecy is bad public policy, as is allowing RTD to conduct its own investigation. He says the PUC’s rules allowing RTD to decide what needs to be done to rectify the situation can lead to important safety recommendations not being passed on.

“It's not conducive to an open safety culture which prioritizes investigating the causes of accidents and getting out urgent safety recommendations to, say, peer professionals and peer transit and transport agencies,” Bamber said.

Bamber, a rail civil engineer with 20 years of experience, worked on RTD’s P3 FasTracks A, B and G line projects between 2011 and 2016.

The train derailed Sept. 21 while attempting to round a 90-degree bend speed-limited to 10 miles per hour.

The two-unit 89-ton train jumped the rails at South Sable Boulevard and East Exposition Avenue in Aurora, causing minor injuries to three people and damage to rail infrastructure and the train cars.

On Jan. 28, 2019, a nearly identical derailment happened at exactly the same location when Train #25 entered the curve at about 38 mph, nearly four times the posted 10 mph limit.

Six people were injured and transported to the hospital, according to PUC records.

That included a woman whose leg was severed when the train’s door popped open, causing her to fall from the car, and door frame came down on her leg as the car tipped. In her first interview since the 2019 accident with Colorado Public Radio, she said only the fact that the car did not roll onto its side kept her from being killed.

A report from RTD via the PUC obtained by The Denver Gazette showed there were no “defects in the infrastructure” and that “only human factors remain as the cause of the event,” but did not specify what those factors might have been.

An analysis by the train’s manufacturer found no fault in the door’s design and said that the door mechanism was never designed to take the forces applied in the near-rollover.

Part of the human factors equation appears to be an ongoing shortage in qualified operators that has increased the workload on existing employees.

“Fatigue was not determined to be a direct causal factor in the January 28, 2019 derailment, as the operator had just returned from an extended time off,” the report continued. “Anecdotally, the mandating (sic) increased workload could be contributing to fatigue, inattention and potentially some distraction due to the stress this workload and lack of work life balance puts on operators.”

RTD is making every effort to correct that, Jaquez said.

“We are currently short 27 light rail operators but continue to recruit for the position," Jaquez wrote in an email statement Monday. "We have 11 operators in training and the position is eligible for a $4000 signing bonus.”

After the 2019 crash, according to RTD board documents, it spent $61,613 hiring architecture and engineering firm HNTB — which operates primarily in the transportation sector — to make safety upgrade recommendations.

On January 25, 2022, three years after the accident, HNTB submitted its "signal system upgrade options" for the 2019 derailment to RTD. That document is available to the public, as are other documents related to the 2019 incident.

Four alternatives were given, with the rough project costs ranging from $91 million to what Bamber called a “gold plated” $224 million system.

Neither RTD nor the PUC seriously considered less expensive alternatives, such as upgrading only the Sable Boulevard and East Exposition Avenue curve, according to Bamber. He attended several meetings in early 2022 about the costs of safety upgrades and RTD’s budget that took place before the Sept. 21 accident.

One reason given for the budgetary constraints was the COVID-19 pandemic, which cut RTD’s ridership and 2021 budget by $18.5 million.

The PUC accepted RTD’s poverty claim and closed the corrective action plan, saying: “With the budget constraints that RTD is currently facing, it is not possible for any technological improvements to the light rail system to be installed.”

Some changes in training and testing protocols as well as additional supervision were put in place, according to RTD.

In lieu of a system-wide safety upgrade, RTD spent $30,000 to buy and install eight radar-operated strobe-light speed warning signals that are supposed to alert train operators if they are going too fast when approaching a turn, according to an amendment to the 2020 plan filed by RTD. The devices were installed at locations throughout the system.

But, Bamber said, the warning signal on the R-Line was not placed far enough away from the intersection and sharp turn to do any good.

After the September 2022 derailment, Bamber said he walked the line as it approached the intersection and found the radar warning signal had been installed right at the point where the curve begins.

“It's not appropriately placed. My initial thought when I saw it was it's too late,” Bamber said. “By the time it provides any sort of value to a train operator who has inadvertently gone over speed. It's too late.”

Photographs taken by The Denver Gazette Tuesday show the repaired speed limit warning sign is in the same place as it was before the Sept. 21 derailment.

Bamber calculated the stopping distance of the two Seimens SD-160 train cars, which weigh 44.5 tons each. Using a normal service brake application, one that would be comfortable and non-jarring for passengers, it takes the train 286 feet to go from 35 mph to a stop. He also said that in an emergency braking event, the train can stop in half that distance, but doing so would cause passengers to be thrown forward with some force.

“After a stop like that, the driver would owe passengers an explanation,” Bamber said.

U.S. Department of Transportation data shows that RTD’s Denver Metro light rail system has suffered 19 derailments since 2014, only two of which involve injuries: Jan. 28, 2019, and Sept. 21, 2022. Most derailments take place at switches and in rail yards, where trains are traveling slowly.

As of July 25, 2022, there have been 313 total reportable incidents, 20 deaths and 68 serious injuries on RTD’s light rail system since 2014. This includes riders, pedestrians, RTD employees and others, according to the U.S. DOT.

After the second derailment of the RTD R-Line light rail train in four years, and after months of delay in reopening the line, full service will be restored Nov. 28.

Who do you think will win Super Bowl LVII?

The Kansas City Chiefs and the Philadelphia Eagles will face-off at State Farm Stadium in Glendale, Arizona for Super Bowl LVII on Feb. 12.