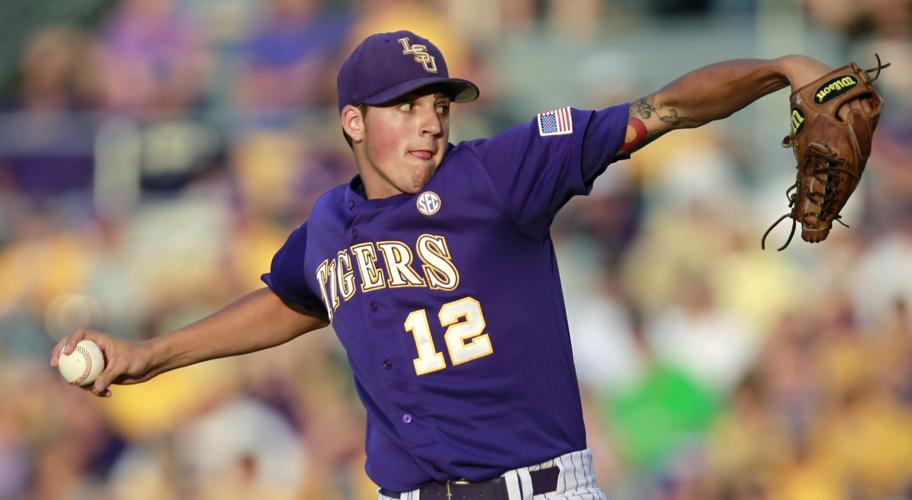 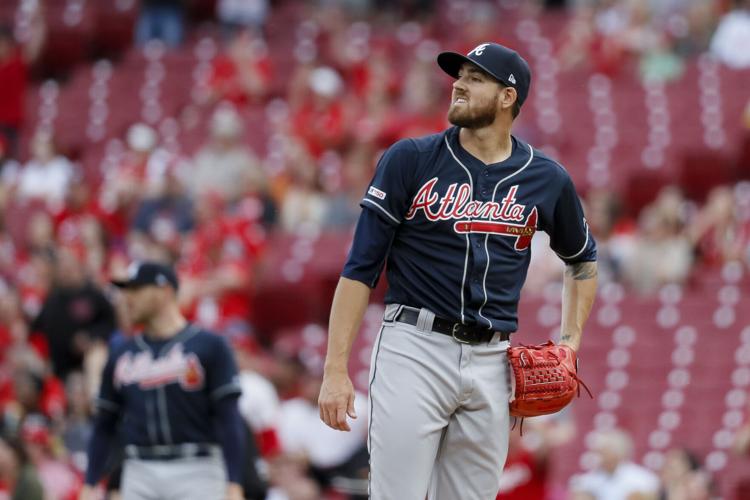 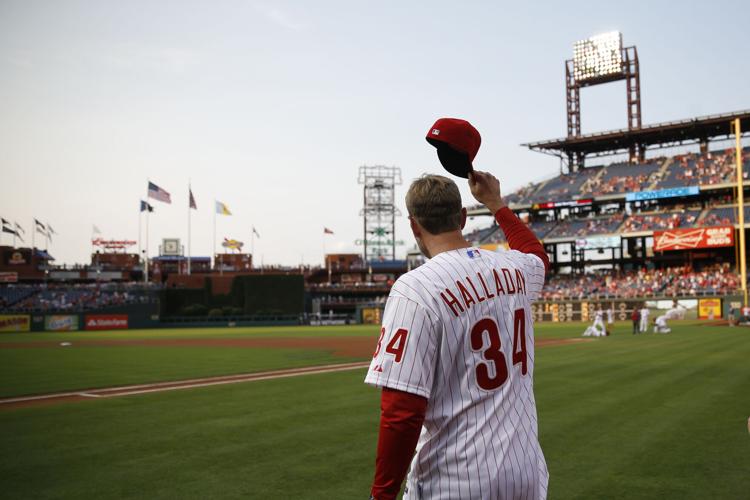 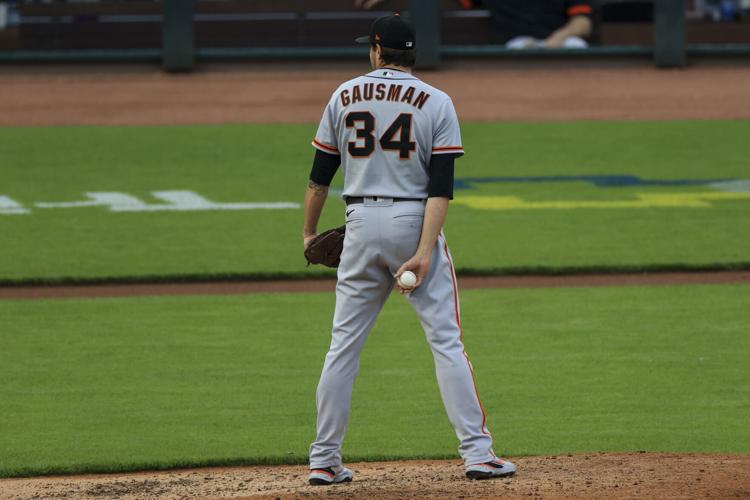 San Francisco Giants' Kevin Gausman prepares to throw during a baseball game against the Cincinnati Reds in Cincinnati, Wednesday, May 19, 2021. The Giants won 4-0. (AP Photo/Aaron Doster) 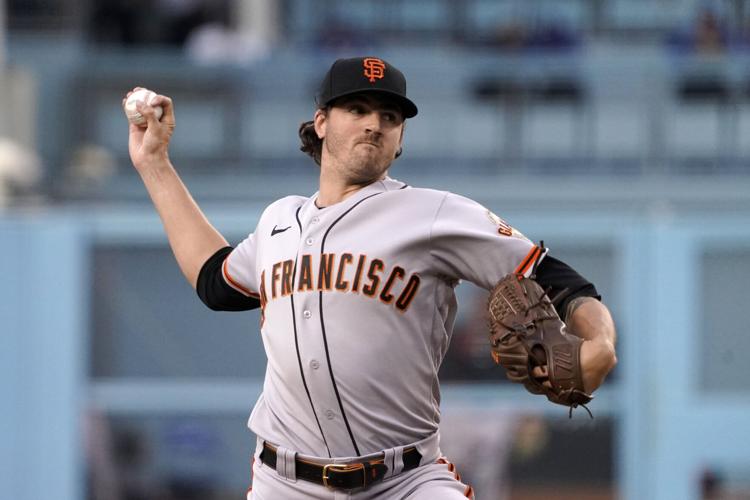 Dean Adams still remembers the first time he saw a young Kevin Gausman on the mound in a high school game.

Gausman was a member of Grandview High’s freshman team, and although Adams had watched him throw a few bullpens before that day, he decided to get his radar gun out for Gausman during warm-ups.

“That was the first time I just went, ‘Wow,’” Adams said. “I remember vividly in my own head just saying, ‘Wow, that’s impressive.’

While even his high school coach couldn’t have predicted the heights Gausman would reach, he’s now found himself at the very top of the sport — an MLB All-Star — and he’ll be representing not just the Giants, but the city of Aurora and the state of Colorado this week at Coors Field.

“It’s gonna be pretty cool,” Gausman told reporters after his start earlier this week. “It’s just been weird with last year — we haven’t had a normal game of them just being able to come see me pitch at Coors. Obviously, I’m super excited and had a lot of texts [Sunday], and it was just really an exciting time.”

Gausman likely won’t pitch in Tuesday’s game because his final start before the All-Star break is just two days before, but it will still be a special moment for the kid who grew up dreaming about one day pitching at Coors Field.

‘Excuse me, I need to get in here’

As Gausman progressed throughout high school, Adams expected all of the phone calls from Division I programs trying to recruit Gausman, but even up until Gausman’s senior year in 2010, Adams still found himself surprised by the crowds that turned up to watch the young pitcher.

“We were down in Las Vegas playing in the Bishop Gorman tournament, and it was Kevin’s first time out [that season],” Adams said. “We were gonna keep him on a low [pitch] count because he was a basketball player and I’ll never forget I had to say, 'excuse me' to so many scouts just so I could get into the bullpen. That’s how many scouts circled the bullpen area.”

Adams said he remembers watching the tape of the game afterward and was still shocked to see that half the crowd was comprised of major league scouts.

“Every time he threw you would see at least 35 [radar] guns go up — it was amazing,” Adams said. That’s when I knew we’re not just talking LSU, we’re talking big time stuff.”

‘I really owe a lot to them’

Gausman was drafted in the 6th round of the MLB Draft by the Dodgers after his senior year of high school, but turned the offer down to go play at LSU. Just two years later, he was drafted fourth overall by the Orioles, and quickly became one of the top prospects in baseball the next two years.

College pitchers drafted in the top 10 are typically some of the safest bets in the draft, so if someone told you back when Gausman was drafted that he would be an All-Star in 2021, that wouldn’t be a shocking statement.

But Gausman’s road to this point has had its ups and downs, and there were times over the past 5-6 years where those around the game wondered whether he could reach his full potential.

After a strong season in 2016, Gausman struggled in 2017 and 2018, eventually being dealt by a rebuilding Baltimore franchise to Atlanta at the trade deadline in 2018. Gausman pitched well in the second half of that season and helped the Braves win the N.L. East, but 2019 was not nearly as kind, and he was designated for assignment in August. The Reds claimed him off waivers, but he pitched primarily out of the bullpen in Cincinnati before signing with the Giants in the offseason.

“From a pedigree standpoint, from a stuff standpoint, the industry has always viewed him as a top-of-the-rotation starter — always,” Giants manager Gabe Kapler told reporters earlier this month. “It was always, like, he was a slider short. So that was a major point of emphasis when he went to Cincinnati and pitched out of the ’pen. That slider emerged a little, but it’s still not his pitch, right? It’s a split-fastball combination with an occasional slider and changeup.”

Despite the pandemic-shortened season in 2020, Gausman found himself again as a starter, helping the Giants surprise the rest of the league, coming up just short of making the postseason. He had the highest strikeout-to-walk ratio of his career and finished with a solid ERA+ of 121.

“I really owe a lot to them,” Gausman told the media earlier this season. “They took a chance on me two years ago and really didn’t know what they were getting, to be honest. There were a lot of question marks whether I was going to start again or what teams wanted me to do. But I always had that belief in myself and always looked at myself as a starting pitcher. All they wanted me to do from the get-go is start. They had the confidence to give me the ball every five days and get guys out.”

That confidence has more than paid off.

Gausman accepted an $18.9 million qualifying offer to return to San Francisco in 2021 and has been one of the best pitchers in baseball, boasting the second best ERA to this point. If he were available to pitch Tuesday night, he likely would’ve been given the ball to start the game in his hometown, as Jacob deGrom announced he would be skipping the game.

“I most wish I was pitching in the game just so I could throw to Buster [Posey],” Gausman said. “I think it’d be really cool if he and I were starting the game.”

‘That’s just the way he is’

Gausman’s Colorado connections go much deeper than the fact that he grew up 30 minutes from Coors and pitched on that field in high school.

The number on the back of his jersey — No. 34 — honors Arvada native Roy Halladay and the number he wore as a member of the Phillies. Halladay, a first ballot Hall of Famer, died after crashing his amphibious plane off the coast of Florida in November of 2017.

Exactly a month after his passing, Gausman, still a member of the Orioles at the time, announced he was switching his number from No. 39 to No. 34.

“Being a kid in love with the game of baseball, many of my afternoons and fondest childhood memories are of watching the game with my dad. Naturally I became a huge fan of fellow Colorado native Roy Halladay,” Gausman wrote on Twitter in 2017. “To me, Roy gave me the inspiration that I could fulfill even my biggest of dreams — being a pitcher just like him.”

Gausman has spoken on several occasions of the challenges baseball players growing up in Colorado face. That’s why Gausman feels it’s so important to show kids in Colorado that they shouldn’t give up on their dreams of being a major leaguer.

“Guys from Colorado have to go through a lot just to get to professional baseball, let alone the Major Leagues,” Gausman told MLB.com in 2017. “[Halladay] grew up 30 minutes from where I grew up and [was] one of the best pitchers, not just from Colorado or his team, but in our generation. "There's a flurry of young players from Colorado, and they're getting taken more seriously now. He really put us on the map, and we're going to do our best to keep us there."

In a way, Gausman’s appearance in this week’s All-Star Game in Denver could symbolize the passing of the torch from Halladay to Gausman, who is now another shining representative of the type of talent that exists in Colorado.

“Anybody that knows Colorado baseball, knows Kevin,” his high school coach, Adams, said. “I think it’s really gonna benefit kids around here that follow baseball to say, ‘Hey it can be done.’”

More in All-Star Game in Denver: Latest headlines, history, roster and more (16 of 27)