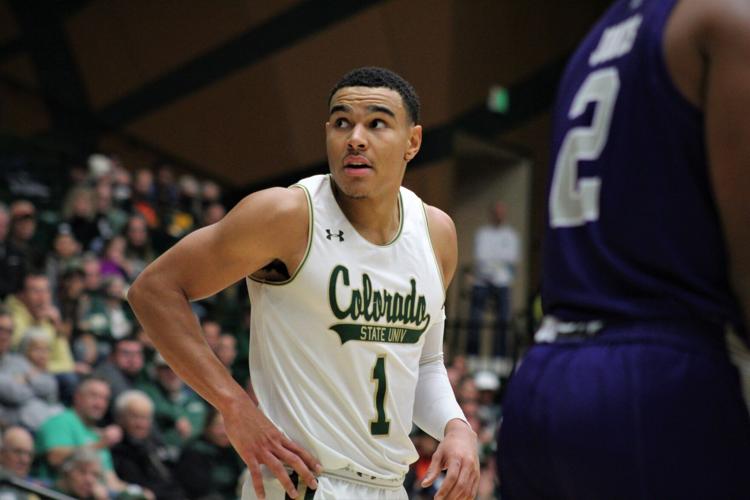 Colorado State guard John Tonje (1) looks at the scoreboard during a stoppage in a play in a game against Weber State on Monday, Nov. 14, 2022 at Moby Arena in Fort Collins. 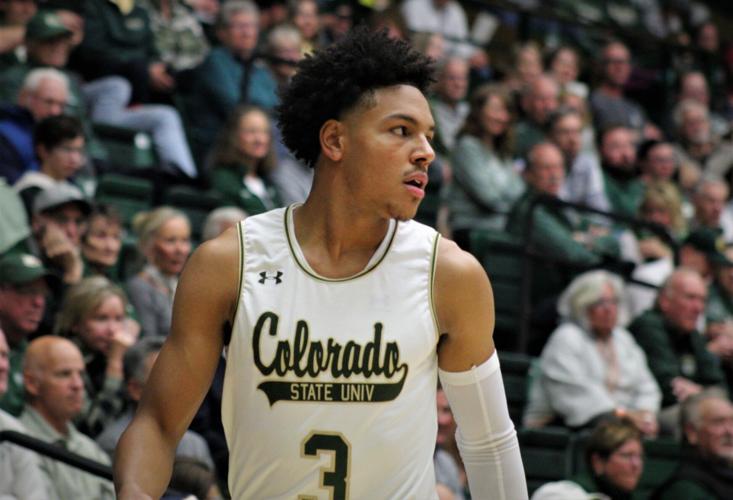 Colorado State guard Josiah Strong (3) watches the play during a game against Weber State on Monday, Nov. 14, 2022 at Moby Arena in Fort Collins. 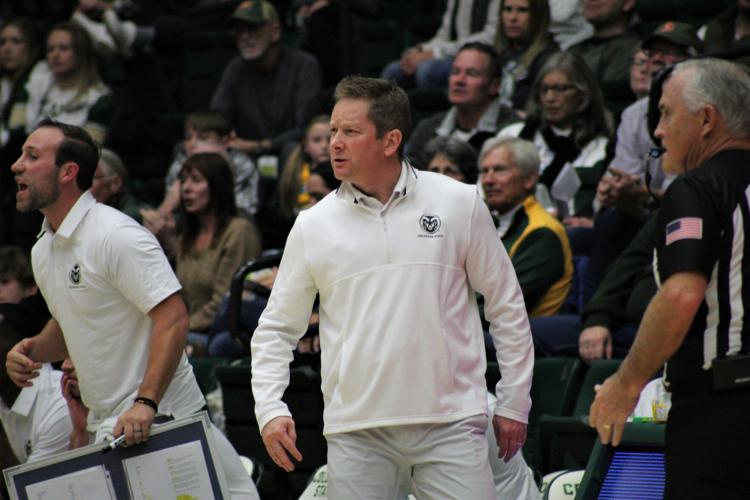 Colorado State coach Niko Medved looks on during a game against Weber State on Monday, Nov. 14, 2022 at Moby Arena in Fort Collins. 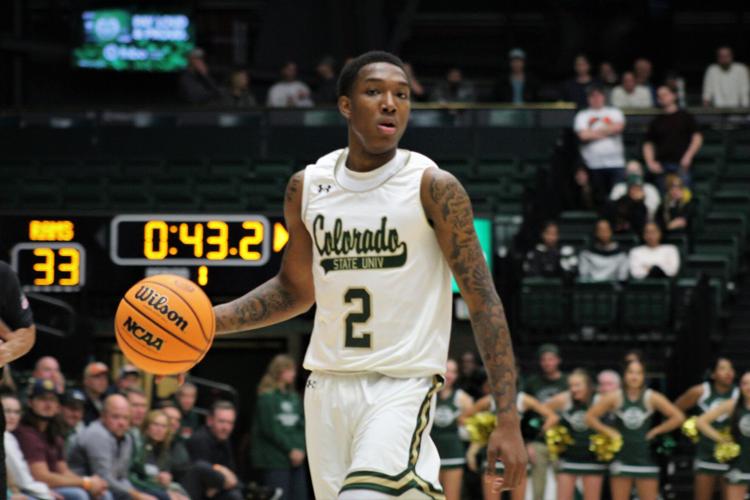 Colorado State guard Taviontae Jackson (2) handles the ball during a game against Weber State on Monday, Nov. 14, 2022 at Moby Arena in Fort Collins.

FORT COLLINS — The season is only a week old, but Niko Medved is in a place most coaches dream of at any time during the year. He doesn’t have a lot to complain about.

His Colorado State team is 3-0 after a convincing 77-52 win over Weber State and if his team plays defense like it did on Monday night at Moby Arena, there will be plenty of happy postgame news conferences this season.

“I thought the first half was as good as we’ve guarded since we’ve been here and I thought that’s kinda what spurred everything tonight,” Medved said. “Guys were connected, they were playing hard and then I thought when we quit turning the ball over and got in a little bit of a flow, we were able to go on a big run there to end the half and we never looked back.”

It was another balanced performance for CSU as four different players reached double figures in scoring, with senior John Tonje leading the way with 15 points.

Tonje is going to continue to be the focal point of the offense while Isaiah Stevens is out and until Stevens comes back, he’s the only starter remaining from last year’s team that went to the NCAA Tournament. Opposing teams are going to start trying to limit Tonje’s impact and that started on Monday when Weber State tried to force him to pass the ball and yes, it led to four turnovers, but it also allowed other players to get involved and they all delivered.

“Those are adjustments that he’s going to have to make as he draws more attention and gets to the top of other teams’ scouting reports,” Medved said. “It’s different for him this year. He made an adjustment and I thought he played well.”

It was another big night for freshman Taviontae Jackson, who’s looking like a player who is going to make a big impact on the program in the coming years. The Las Vegas native had a career-high 14 points on 6-of-7 shooting, including 2-of-2 from 3-point range, and he continues to become more and more of a factor for this Rams team.

Another newcomer who had an immediate impact was Josiah Strong, the Illinois State transfer who’s still working his way back from a bout with mono that sidelined him to start the season. He was limited to just 13 minutes in his CSU debut, but he delivered a spark as soon as he entered the game and scored all 8 of his points in the big run to close out the first half.

“It’s going to take him a while to really get into shape,” Medved said. “I’m sure he had some adrenaline tonight getting a chance to get back in there, but we wanted to put him on a minutes restriction and see how he did. He contributed immediately on both ends of the floor and that was great to see.”

The Rams also got a big contribution from sophomore guard Jalen Lake, who knocked down four 3-pointers in the game to give him 12 points, but it was also his defensive effort that made an impression on his coach.

“I think he’s playing at an exceptional level right now,” Medved said. “He has been terrific defensively. He’s making great decisions with the ball, he’s rebounding. I just love the way he’s going about his business right now and he’s a pretty good shooter, too.”

CSU now finds itself 3-0 at the end of this homestand to open the season. Like Medved said, not much to complain about. But how long will that last?

The Rams hit the road for the first time this season when they head east for the Charleston Classic, which begins with virtually a true road game against South Carolina on Thursday. Who they’ll play the rest of the weekend is TBD at this time and it’s going to provide a good early-season litmus test to see just what he’s got in this group.

“We’re going into the hornet’s nest on Thursday,” Medved said. “I think these events are fun. You can’t overthink it. I think the key to these things is getting to do what you do best out on the court. What an awesome opportunity for our guys to do that.”

WHAT HAPPENED: Colorado State improve to 3-0 on the season, closing out the early-season homestand with a 77-52 win over Weber State.

STAR OF THE NIGHT: Senior John Tonje continues to thrive in his elevated role with Isaiah Stevens out with an injury. He led the way with 15 points and added 3 rebounds.

QUOTABLE: “Our thing is we gotta ‘out-team’ people. We’ve gotta be really connected on both ends of the floor and trust what we do. I think it’s fun to play that way. When the ball is moving and everybody has an opportunity to get involved, I think that’s infectious.” — Rams coach Niko Medved

UP NEXT: The Rams hit the road for the first time this season and head east for the Charleston Classic, where they’ll have three games from Thursday-Sunday, beginning with South Carolina on Thursday at 3 p.m

Jay Norvell has been around plenty of rivalry games. But this Saturday will be his first Border War in charge of the CSU Rams.