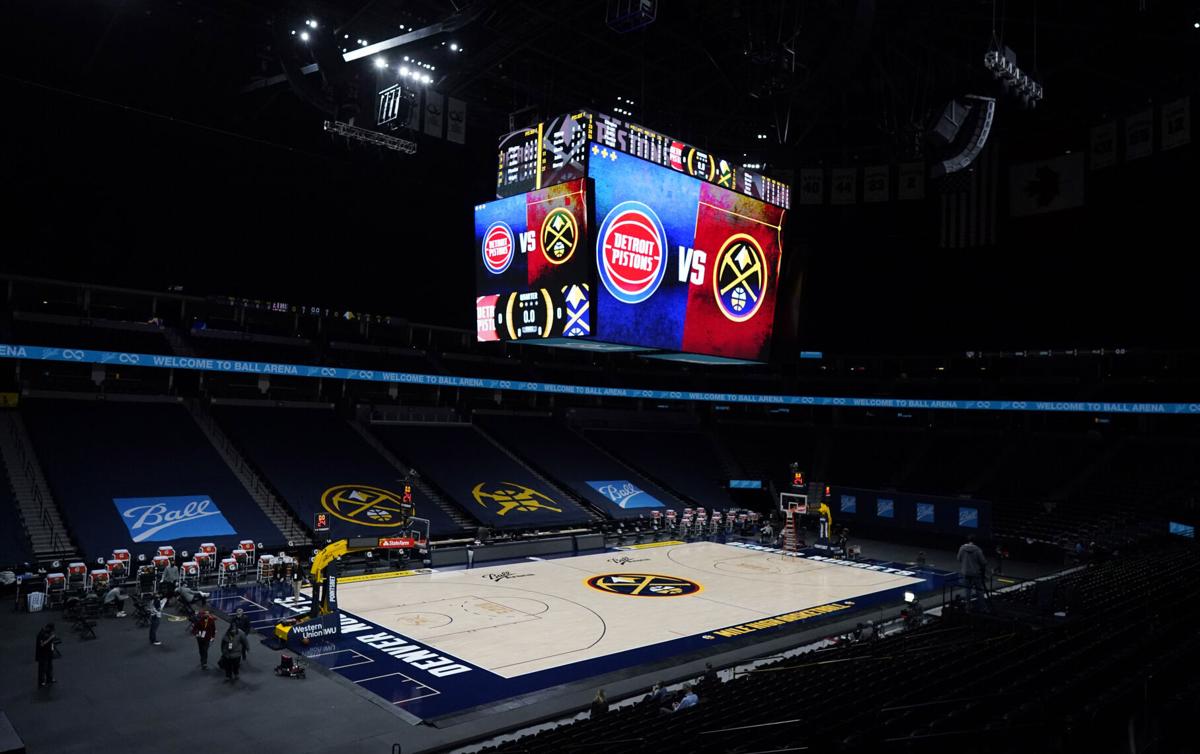 Scorers walk off the court in Denver’s Ball Arena after the game between the Nuggets and Detroit Pistons was postponed on Feb. 1, 2021. 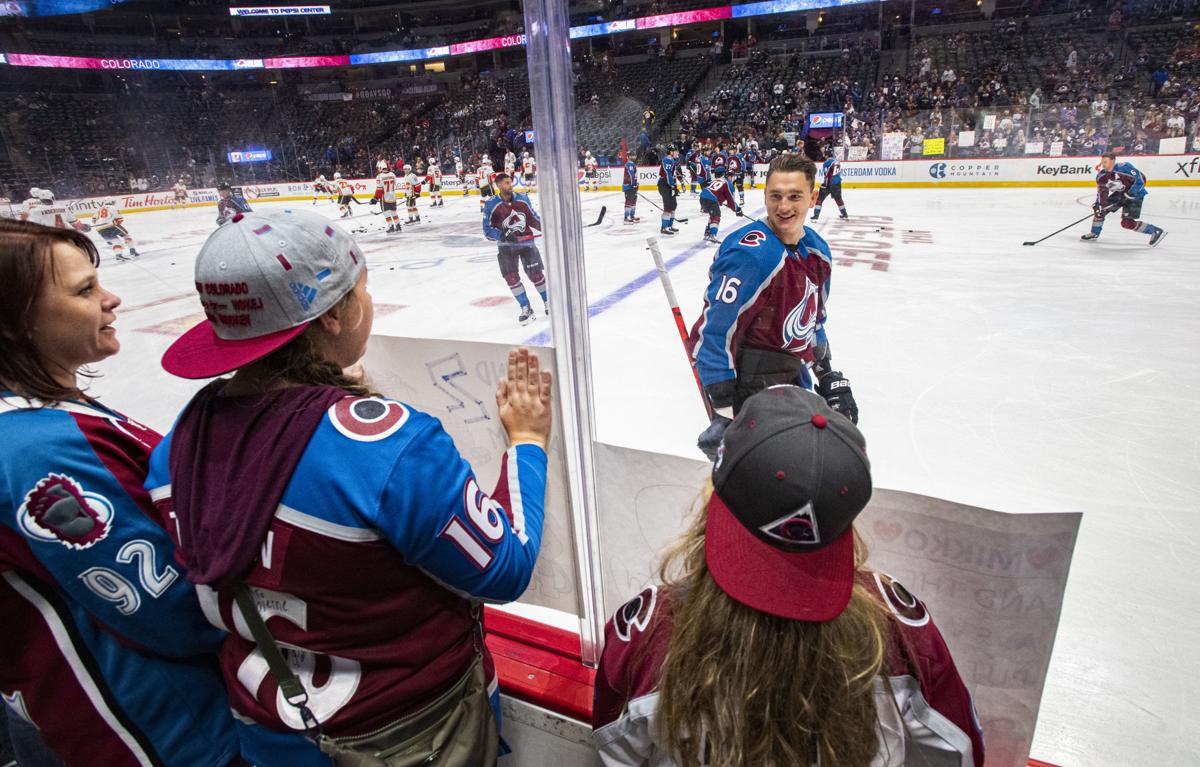 Colorado Avalanche defenseman Nikita Zadorov (16) smiles at the fans during warm ups before the Avalanche home opener against the Calgary Flames, Oct. 3, 2019, at the Pepsi Center in Denver. (The Gazette, Christian Murdock)

Scorers walk off the court in Denver’s Ball Arena after the game between the Nuggets and Detroit Pistons was postponed on Feb. 1, 2021.

Colorado Avalanche defenseman Nikita Zadorov (16) smiles at the fans during warm ups before the Avalanche home opener against the Calgary Flames, Oct. 3, 2019, at the Pepsi Center in Denver. (The Gazette, Christian Murdock)

DENVER — Tuesday in New York City you can attend a Knicks game at Madison Square Garden.

Down in Dallas, Stars fans can fill up 25 percent of American Airlines Center, or roughly 5,000 fans. Stick around for some basketball fun, and the Mavericks welcome up to 3,900 NBA fans.

Here in last-to-the-table Colorado, there’s a familiar sound at Ball Arena, home of the Avalanche and Nuggets: crickets. The only attendance you would have seen Monday night at the Avs-Knights game was a handful of local media socially distanced above the lower bowl. Sneak into a Nuggets game — actually, don’t do that, yet — and you’ll see the same, plus members of the front office in the lower bowl.

What in Barrel Man’s name is taking so long for Colorado to reopen its doors to sports fans?

Fans here should’ve been allowed back into the games weeks ago. While 13 NBA teams are allowing limited attendance, according to NBA.com, including 3,900 in Utah and 2,700 in New Orleans, fans here can't witness Nikola Jokic’s MVP-caliber season in person (or often on TV). While the state of New Jersey permits 2,700 Devils fans, and St. Louis welcomes 1,400 Blues fans, Avs fans are left out in the cold.

Hey, if you don’t want to go to the game, don’t go to the game. Stay home, shame the others, forecast a super-spreader event that inevitably isn't one, like Florida's Super Bowl. But a bunch of people I know are ready to go to the game, and Colorado’s fourth-worst-in-the-entire-country unemployment rate suggests it’s way past time to inch back toward normal.

There must be different science in Milwaukee (on Sunday it welcomed 1,800 Bucks fans), Phoenix (3,000 Suns fans) and Cleveland (2,700 Cavs fans) than there is in Colorado (zip, zero, nada). Or Colorado's public health wizards are just wrong, again. Here, chew on this science, published the other day by researchers with the Cold Spring Harbor Laboratory. Five researchers who are a lot smarter than me studied counties that hosted NFL and college football fans and measured them against counties that did not host NFL or college football fans: “This study suggests that NFL and NCAA games held with limited in-person attendance do not cause an increase in COVID-19 cases in the counties they are held."

It’s past time to let Coloradans start living again, even if it’s in limited numbers at first. Come to think of it, the best sight I’ve witnessed this sports calendar was up in Boulder on the night the CU men’s basketball team was finally allowed to invite parents — on Feb. 8, with only four home games left on the Buffs' schedule.

"I understand why," Buffs coach Tad Boyle said after, “But I just feel bad for them.”

I don’t understand why. I don’t understand why, when COVID-19 infections nationally have nosedived 77 percent since January. I don’t understand why, when the NCAA Tournament is about to permit 25 percent capacity at venues across Indiana, where the NCAA will stage all of March Madness. Not when Nashville allows 15 percent capacity at Predators games, and Columbus has 1,900 at Blue Jackets games. Not when Houston has 4,500 fans at Rockets games, or when Brooklyn (New York) soon will allow 1,700 fans for Nets games, or when Indianapolis is allowing 4,500 fans for Pacers games.

Open the doors at Ball Arena. Come April 1 for Rockies opening day, swing open the gates at Coors Field. Scrap the flawed "models" that have been wrong over and over. You have dozens of real-life examples of fans at events elsewhere, what’s taking so long in Colorado?