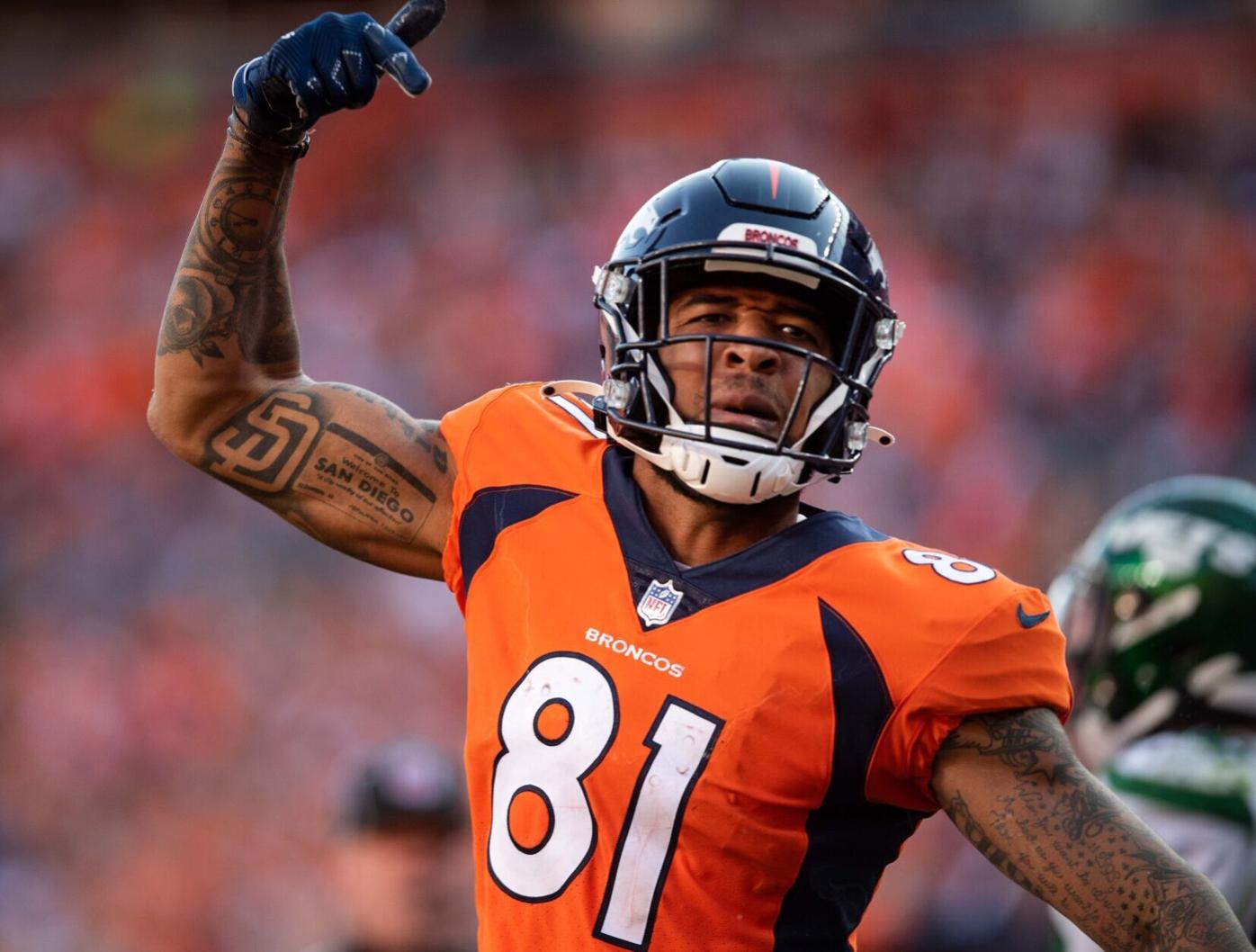 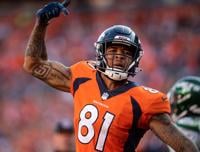 Broncos wide receiver Tim Patrick celebrates after making a reception against the Jets during the fourth quarter Sunday in Denver. 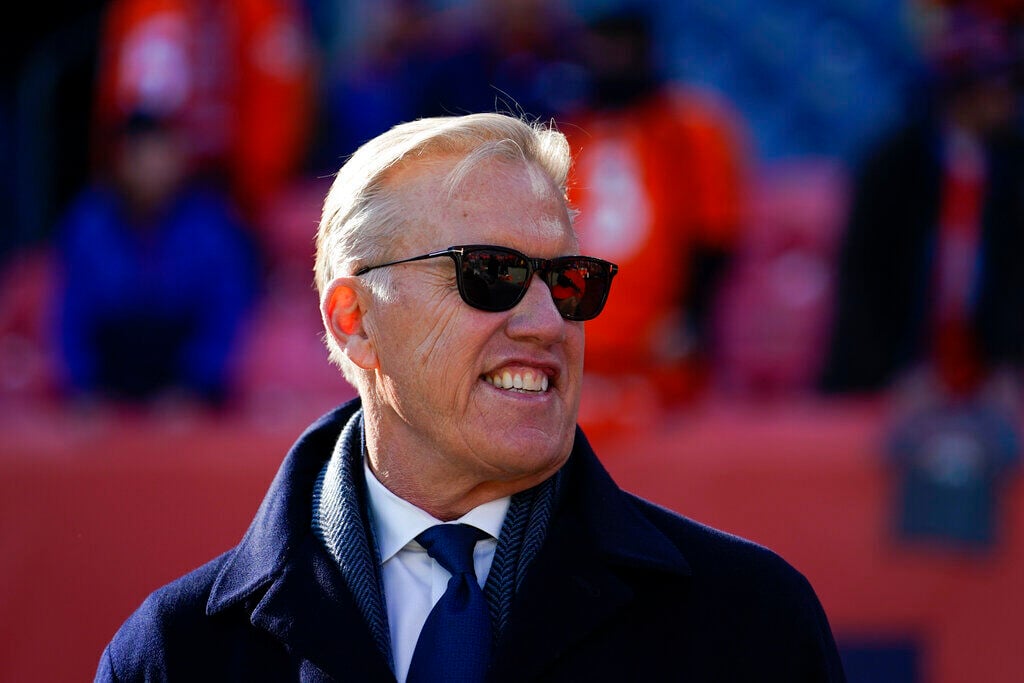 Denver Broncos general manager John Elway looks on as the team warms up before an NFL football game against the Oakland Raiders, Sunday, Dec. 29, 2019, in Denver. (AP Photo/Jack Dempsey)

Broncos wide receiver Tim Patrick celebrates after making a reception against the Jets during the fourth quarter Sunday in Denver.

Denver Broncos general manager John Elway looks on as the team warms up before an NFL football game against the Oakland Raiders, Sunday, Dec. 29, 2019, in Denver. (AP Photo/Jack Dempsey)

John Elway is the last man standing who has been there, done that an eighth time.

In six of those previous years, the Broncos played in the Super Bowl — and won three NFL championships.

Could this be one more for John?

When the Broncos have kicked off 3-0, they’ve made the playoffs in 78 percent of those seasons.

A 6-0 record — with victories over the Ravens, the Steelers and the Raiders — would duplicate seven previous seasons, and the Broncos advanced to the Super Bowl in six.

The lone exception was in the first season of the brief Josh McDaniels Error. In 2009 the Broncos opened with six consecutive victories, then struggled to only win two more in the last 10 games. The Broncos were a mirage, and McDaniels didn’t survive his second season.

The Broncos’ first six straight to start the season happened in 1977, The Year of the Orange Crush. They lost the seventh game at home to the Raiders, but the Broncos finished with a 12-2 record and beat the Steelers and the Raiders in the postseason before losing to the Cowboys in Super Bowl XII.

Elway was a teenager then.

The Broncos were 6-0 next in 1986, Elway’s fourth season. They lost the seventh game to the Jets. The Broncs prevailed in the first six again in 1997 before being defeated by the Raiders in Oakland. The Bronco would win 16 games, the final one in Super Bowl XXXII over the Packers. This first World Championship was for John, owner Pat Bowlen proclaimed.

In 1998 the Broncos won a franchise record 13 in a row before falling to the Giants and the Dolphins. But the Broncos were 17-2 overall with a Super Bowl triumph over the Falcons.

The Broncos reeled off six straight in 2013 with Elway as the chief football executive and Peyton Manning as the quarterback. They improved on that feat in 2015 with seven victories from Sept. 13 to Nov. 1. The Broncos won their third Super Bowl, and ended up with 15 victories, and Elway returned the favor, dedicating the title to Bowlen.

Elway still is here — as president of football operations, but primarily in a consulting role to general manager George Paton. Elway is in the final year of his contract and will retire from the Broncos for a second time in 2022 when a new owner is determined.

He rode off into the sunset as a back-to-back Super Bowl-winning quarterback and MVP in No. XXXIII, in 1999. What a way for The Duke of Denver to go out once more with the Broncos 3-0, then 6-0 and perhaps in the Super Bowl once more.

But, then, John has said privately that he would like a third opportunity to buy a share of the Broncos’ ownership — he passed on two others in ’99 and ’10 — and he definitely can assemble a partnership of wealthy allies.

It’s possible that both Elway and Manning, who also has expressed interest in a minority ownership, could be involved with the franchise’s future soon.

As a result of the three victories over the woeful Giants, the doleful Jaguars and the dreadful Jets (who have a combined record of 0-6), the Broncos and Raiders, who beat the Dolphins in overtime Sunday, surprisingly are tied for first in the AFC West. They have a two-game lead over the 1-2 Chiefs and a one-game advantage over the Chargers (2-1).

With seven more victories, the Broncos will achieve their 500th regular-season victory. The Broncos can get to that historic mark in December.

Other than Elway, the four Broncos most responsible for the team’s successes were the late Mr. B (for Bowlen and Broncos), Mike Shanahan, Manning and Dan Reeves. Three are in the Pro Football Hall of Fame, and the other two deserve induction.

A 4-0 start certainly would be pleasant.

Javonte Williams picked a good time to learn a lesson.