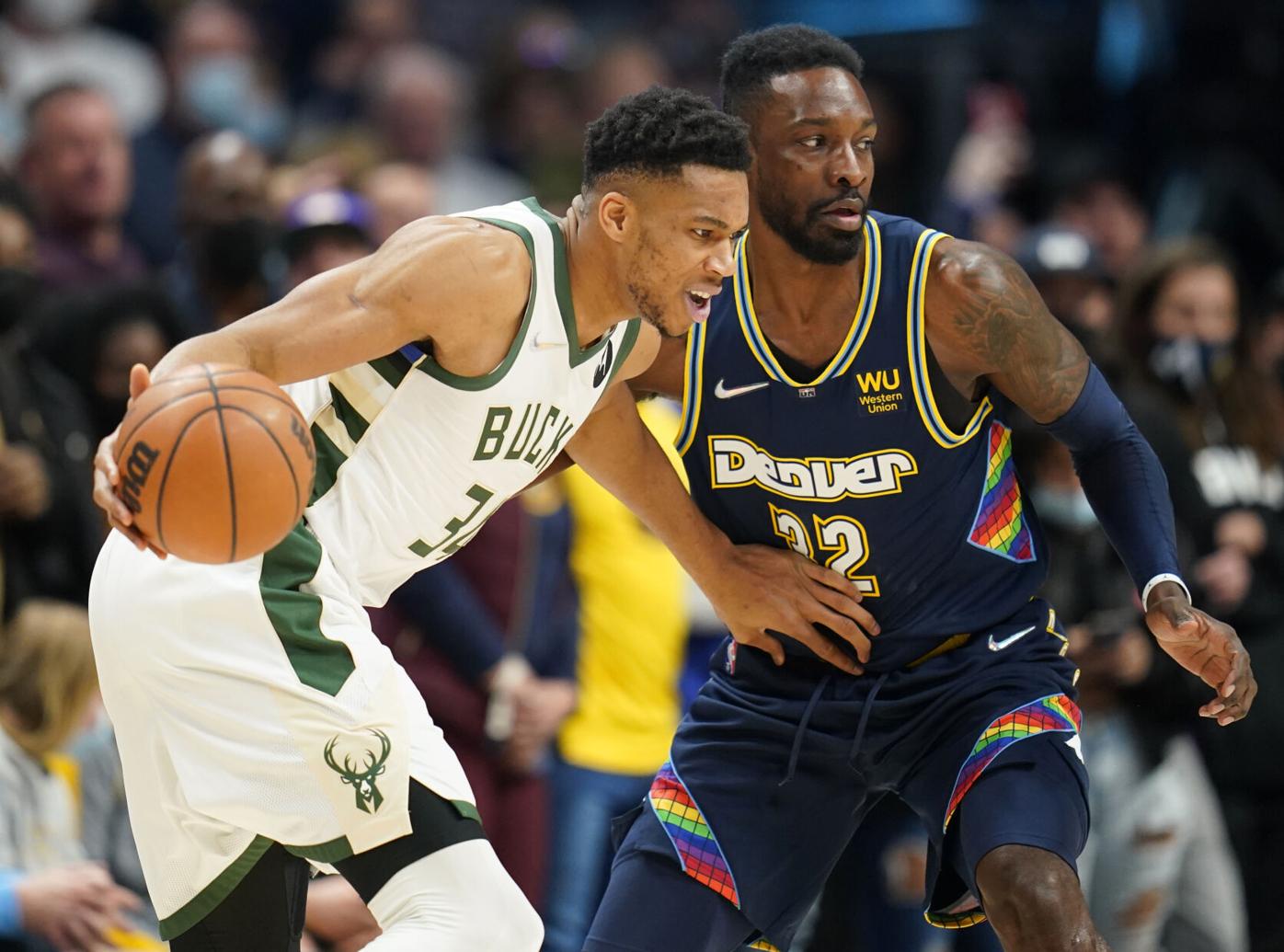 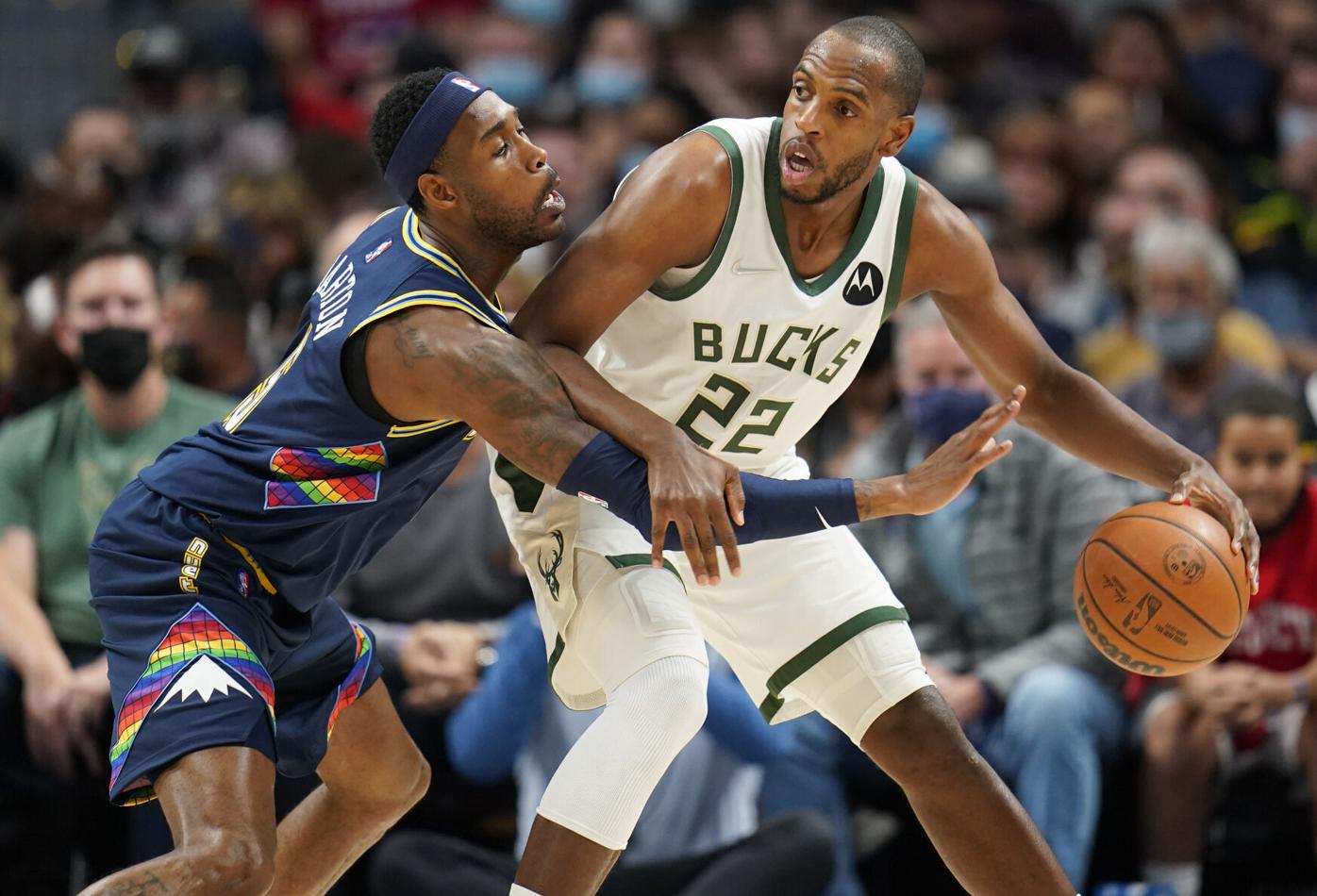 DENVER - The Denver Nuggets need to create some space in their luggage for defense.

The Nuggets’ 120-109 loss to the defending-champion Milwaukee Bucks on Friday at Ball Arena continued a six-game losing streak and dropped Denver to 9-10 on the season ahead of a seven-game road trip. The Nuggets have allowed 115.5 points per game over the losing streak. In a five-game win streak before the current skid, the Nuggets held all of their opponents to 98 or fewer points.

“The only way we’re going to end this losing streak is if we find a way to play some defense,” Nuggets coach Michael Malone said.

The Bucks made 63% of their shots, scored 48 points in the paint and hit 16 3-pointers. Giannis Antetokounmpo led Milwaukee with 24 points, 13 rebounds and seven assists. Pat Connaughton hit 4 of 5 from 3-point range and added 20 points off the bench.

“That’s the disappointing thing about tonight,” Malone said. “They hurt us everywhere.”

Aaron Gordon led the Nuggets with 18 points, while Will Barton III (17), Facundo Campazzo (16), Monte Morris (15) and Jeff Green (15) and Vlatko Cancar (10) also reached double figures for Denver. Gordon and Barton each grabbed nine rebounds, but the Nuggets were outrebounded 44-30.

“I think the best way to hide our injuries is play with more hustle, with more energy, be more smart, be more focused,” Campazzo said.

Cancar, who missed the start of the season with a hip injury, played just under 15 minutes, made both of his 3-point attempts and recorded five assists. He said the plan was for him to spend more time getting into game shape with the Nuggets’ G League affiliate before a string of injuries required his return.

Despite holding the Bucks to just three points over the final four minutes of the first quarter, the Bucks led 27-16 to start the second. The Bucks went up as many as 17 early in the second quarter. Denver closed within five later in the quarter but trailed 58-47 at halftime. Denver again closed within five in the third quarter, but Milwaukee maintained control throughout the second half, eventually going up 20 in the fourth quarter.

The loss was Denver’s first game without PJ Dozier, who suffered a torn anterior cruciate ligament Tuesday against Portland and will miss the rest of the season. Nikola Jokic, who was shooting pregame without a brace on his sprained right wrist, missed his fourth straight game. Rookie Bones Hyland missed his second straight game with an ankle sprain, while Jamal Murray and Michael Porter Jr. also remain out.

“If I didn’t think the players that are healthy and available could play better defense, I wouldn’t ask it of them, but I know they can. It’s my job to demand it, and, more importantly, it’s my job to help them. We’re not defending the way we need to. That’s not on anybody except me. I got to help our players, because if we continue to be the 30th-ranked defense, this losing streak could go for a really long time,” Malone said. “I hope as we pack for this 14-day journey, odyssey, whatever you want to call it, that we pack some defense and we understand that the only way we’re getting out of this is not by outscoring anybody. It can’t be on the offensive end. It has to be on the defensive end.”

Nuggets' Michael Porter Jr. out indefinitely with another surgery: reports

MIAMI - A third back surgery will keep Denver Nuggets forward Michael Porter Jr. off the court for an indefinite period of time, according to multiple reports.