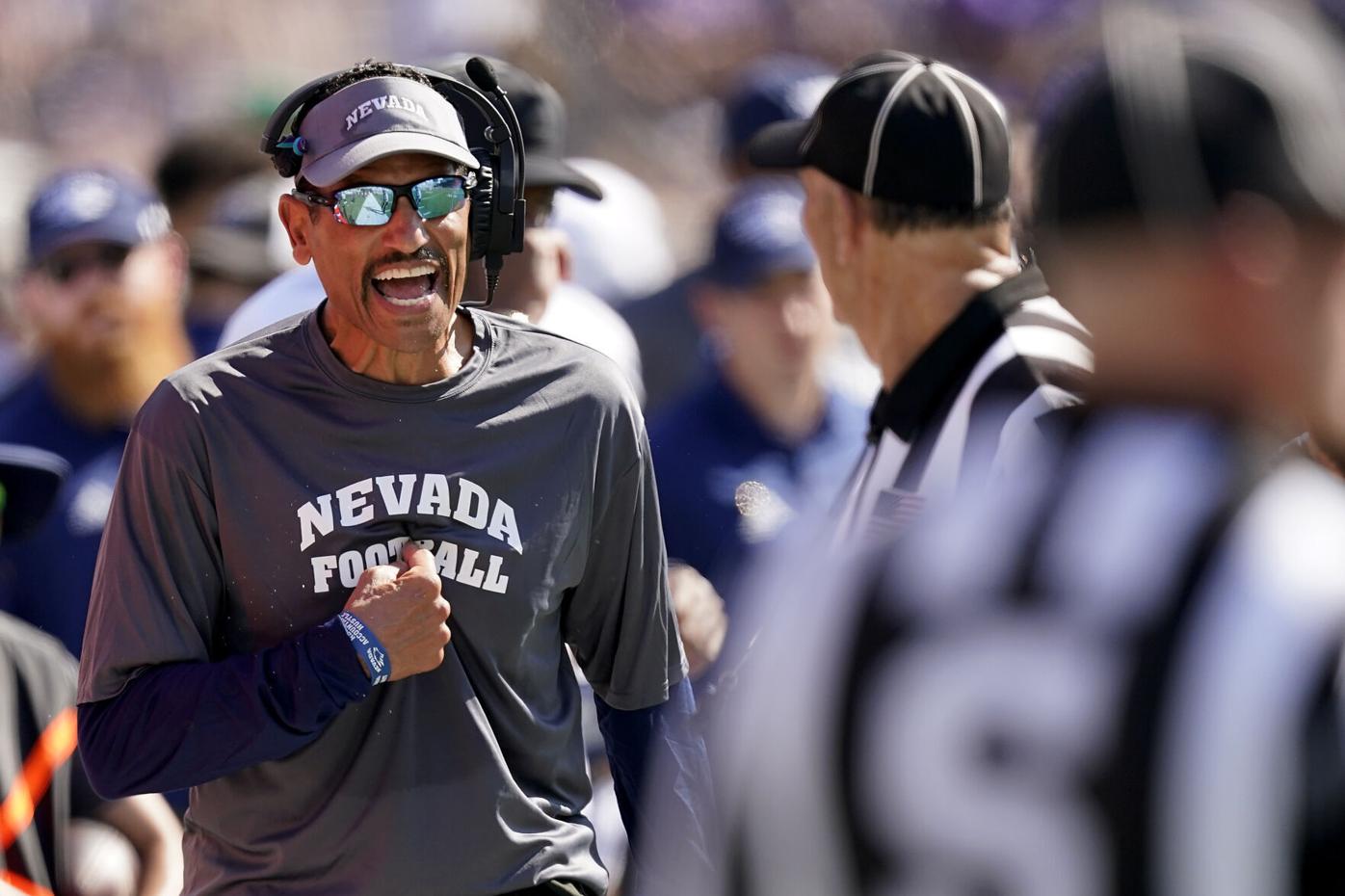 Nevada head coach Jay Norvell talks to officials during the second half of an NCAA college football game against Kansas State on Saturday, Sept. 18, 2021, in Manhattan, Kan. (AP Photo/Charlie Riedel) 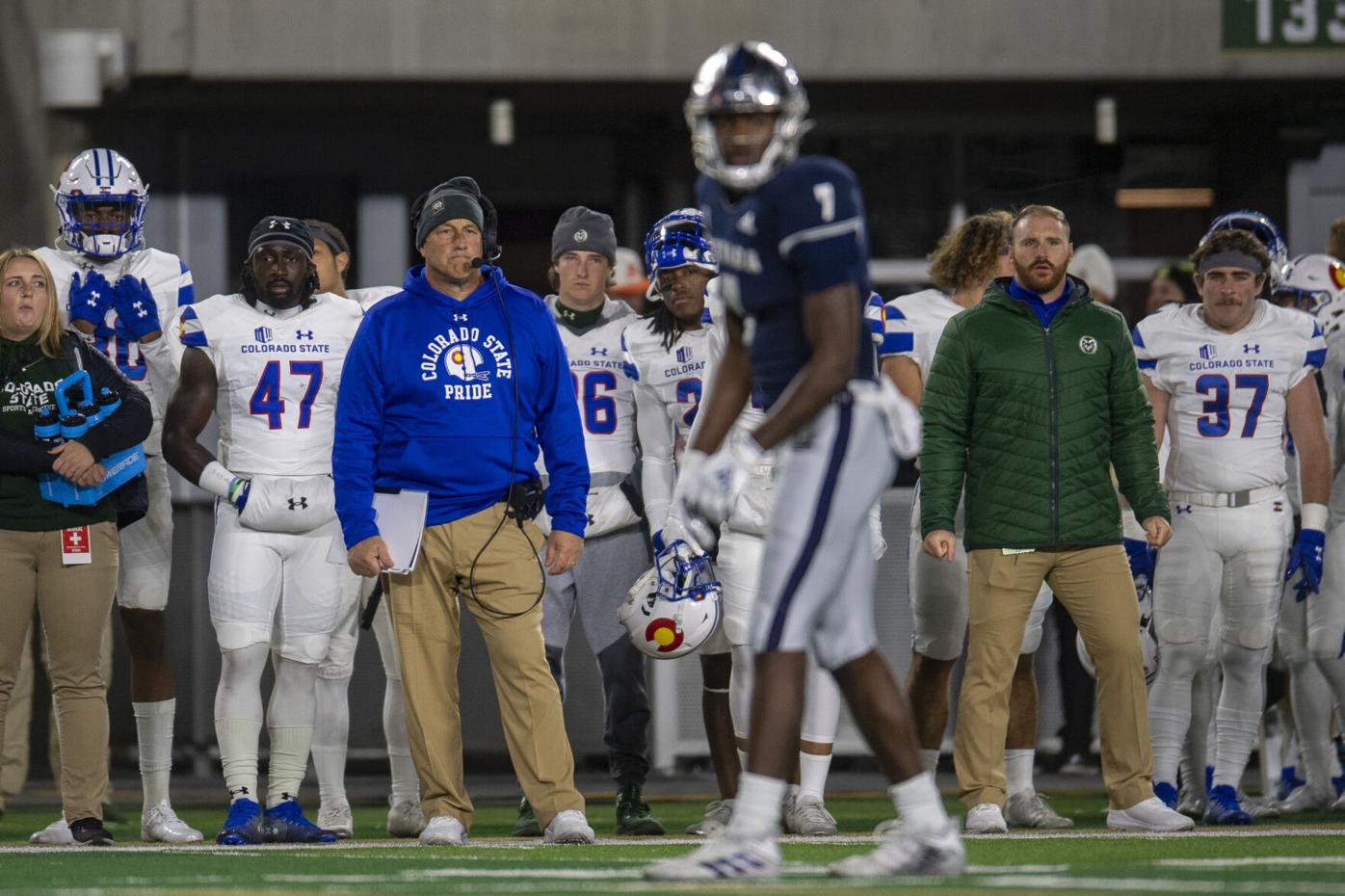 Colorado State head coach Steve Addazio, fourth from left, looks on during an NCAA college football game Nov. 27, 2021, at Canvas Field in Fort Collins, Colo. Colorado State fired fiery Addazio on Thursday, Dec. 2, 2021, after a tumultuous two seasons that included an ejection in what would prove to be his final game for the Rams. (Jon Austria/The Coloradoan via AP) 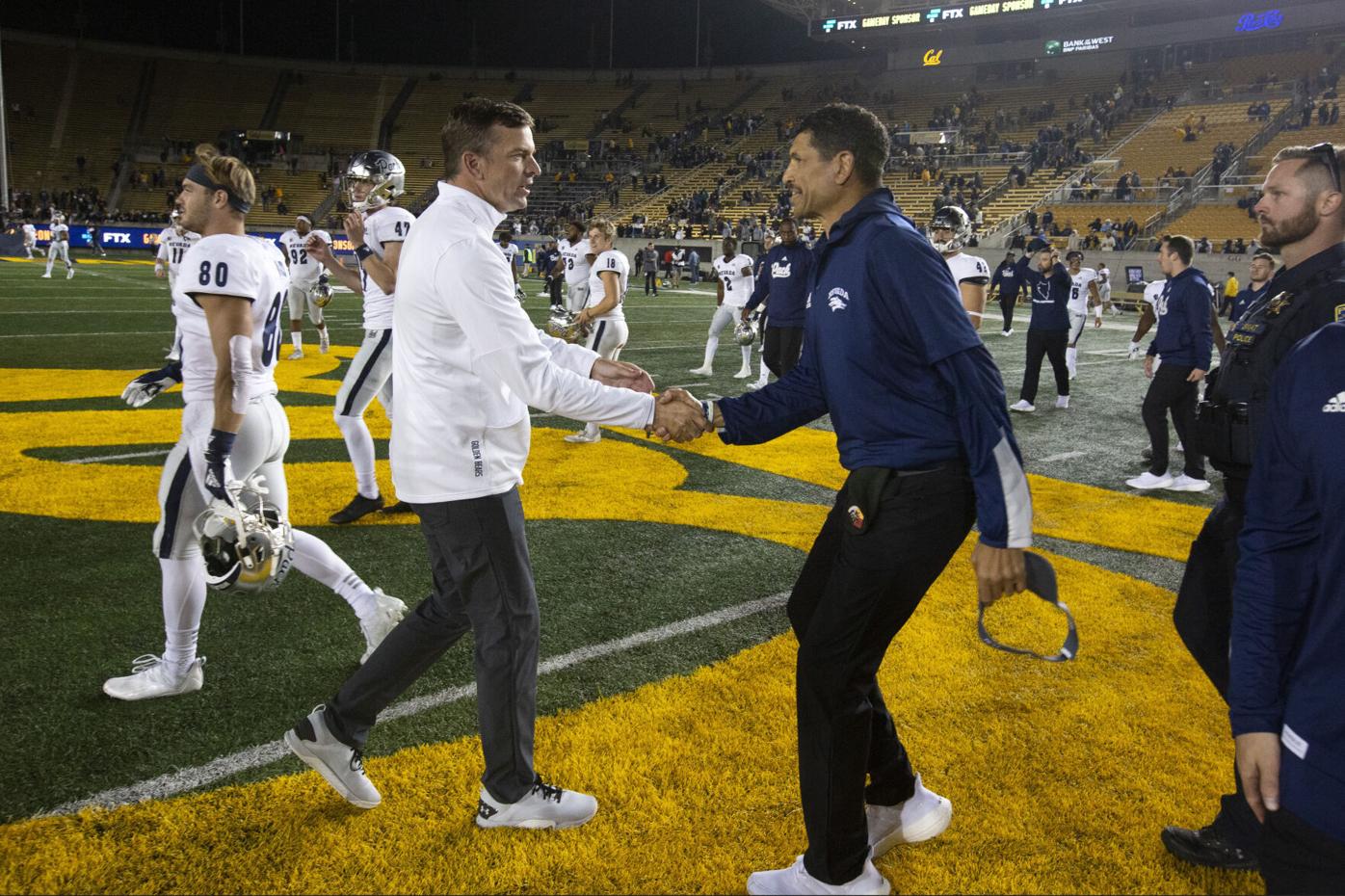 Nevada head coach Jay Norvell talks to officials during the second half of an NCAA college football game against Kansas State on Saturday, Sept. 18, 2021, in Manhattan, Kan. (AP Photo/Charlie Riedel)

Colorado State head coach Steve Addazio, fourth from left, looks on during an NCAA college football game Nov. 27, 2021, at Canvas Field in Fort Collins, Colo. Colorado State fired fiery Addazio on Thursday, Dec. 2, 2021, after a tumultuous two seasons that included an ejection in what would prove to be his final game for the Rams. (Jon Austria/The Coloradoan via AP)

Jay Norvell knows he’s in Broncos Country now, but he won’t hesitate to mention one of his biggest mentors from his time as a football coach: Legendary Raiders owner Al Davis.

For those Broncos fans who also root for Colorado State football, Norvell’s track record shows that bringing some of that influence to Fort Collins isn’t a bad thing.

“I’ve been affected by some of the great football people,” Norvell said Tuesday, as he was introduced as the next head coach at Colorado State. “I know we’re in Broncos country, but I worked for Al Davis. He was unapologetic about building his program into the very best.”

Unapologetic would also be a good way to describe how Norvell laid out his plan to bring winning football back to the Colorado State program.

Everything CSU fans saw from Norvell’s Nevada teams over the past five years are what they can expect to see from the Rams going forward.

“I’m an offensive coach. I believe you have to have an attack mentality to get the defense to respect you,” Norvell said. “The only thing they’ll really respect is if you try to run by them. It’s one thing to say that, it’s another thing to have the players that can do it, but you gotta practice it and make it part of your philosophy.”

CSU fans should already know what it looks like when an opposing offense implements that philosophy. The last image Rams fans have of the 2021 season, other than Steve Addazio’s ejection in his final game in charge, was of Norvell’s Wolf Pack putting up 52 points in a blowout win over CSU at Canvas Stadium.

Norvell has spent the majority of his coaching career working with wide receivers and he emphasized the need for talented receivers multiple times on Tuesday in Fort Collins. He and his staff will look at every avenue to try and improve the roster going into next season, but Norvell might already have two bigtime receivers already in the program in Dante Wright and Ty McCullouch.

But even though Norvell knows having big, fast receivers that make life difficult on opposing defenses, you need to have a quarterback capable of getting the ball to those talented playmakers.

Norvell isn’t just a coach who only cares about scoring points, though. He’s not interested in getting into shootouts with other teams. Of course, his teams have been known to put up a lot of points on the scoreboard each week, but he also wants his defense to be dominant as well.

“It’s very difficult to win in any team sport if you can’t stop (your opponents) from scoring,” Norvell said. “We want a defense that’s going to rush the passer — the passer must get hit. We want to take the air out of the coverage. I believe there’s not many good quarterbacks in college football. So why would you give them any room to throw? We plan on having a good quarterback, so we want to make it real difficult on the ones that don’t.”

Another thing that Norvell made clear on Tuesday is that despite the fact he’s moved from one school in the Mountain West to another, this is not a lateral move for him.

The money invested in the Colorado State program is much greater than that of Nevada and with that comes increased expectations as well. But that’s something Norvell is more than aware of growing up in Madison, Wisconsin, playing at Iowa and coaching at some of the biggest programs in the country.

“What makes this better is the resources of the football program,” Norvell said. “I grew up in the Big Ten. Football is really important when you grow up in a town like Madison, Wis. It has weight in the community. Camp Randall is like a cathedral. It’s been that way for decades. This place supports football, this place is committed to football and this place wants to have a winning, championship program. I look at this place like Cincinnati as one of the top Group of Five programs in the country.”

The Bearcats, led by coach Luke Fickell, became the first Group of Five school to make the College Football Playoff this year and they’ll square off with Alabama with a spot in the national championship game on the line in a few weeks. That has raised the standard for the rest of the Group of Five programs across the country that think they have what it takes to be like Cincinnati. Norvell thinks CSU has everything it needs to reach that level and he knows exactly where to start.

Hmmm, I wonder what might convince Colorado prep stars to stay home, Paul Klee writes. Would it help to run an "Air Raid" passing game? What about a track record of producing NFL draft picks at quarterback?