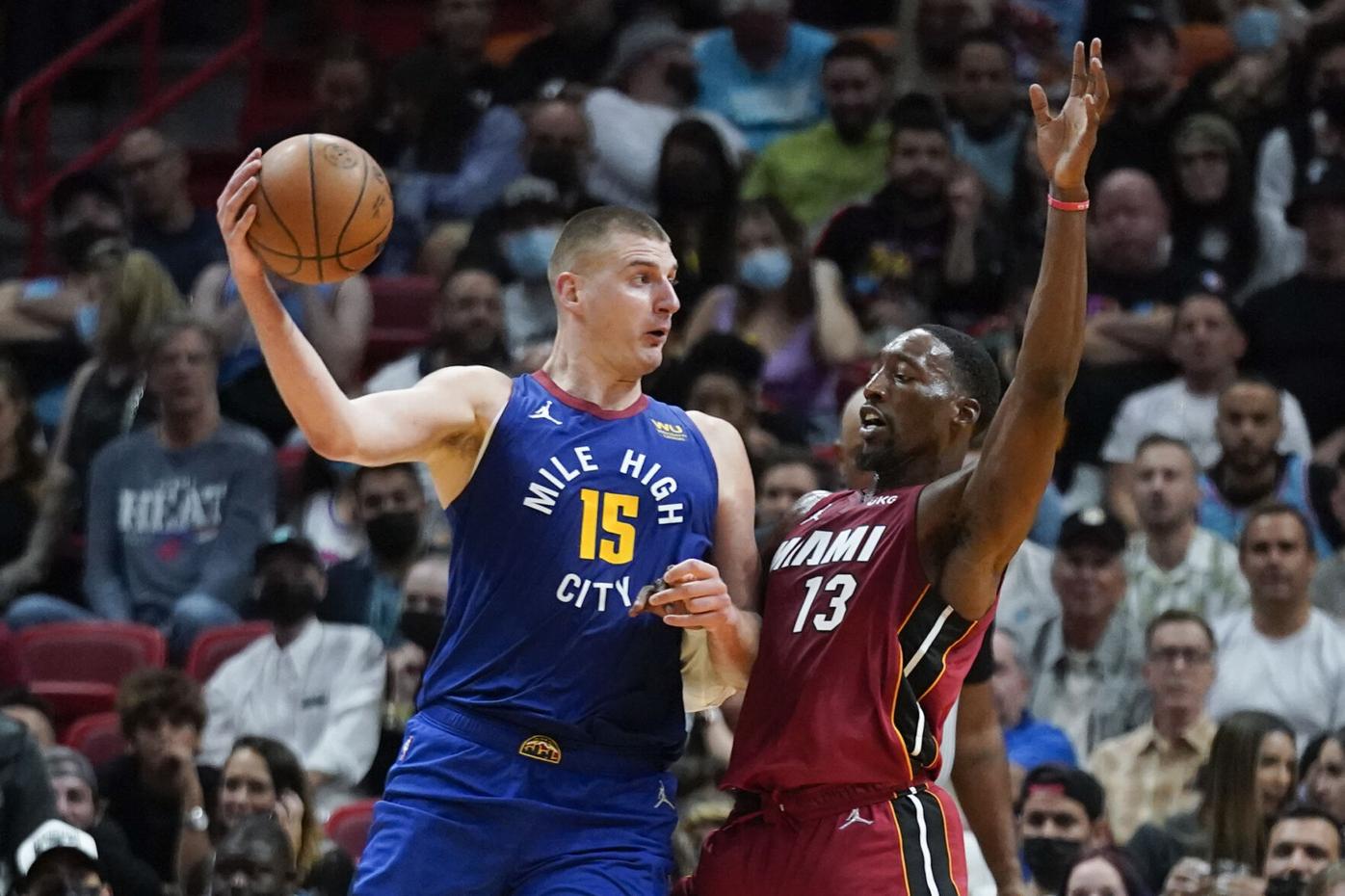 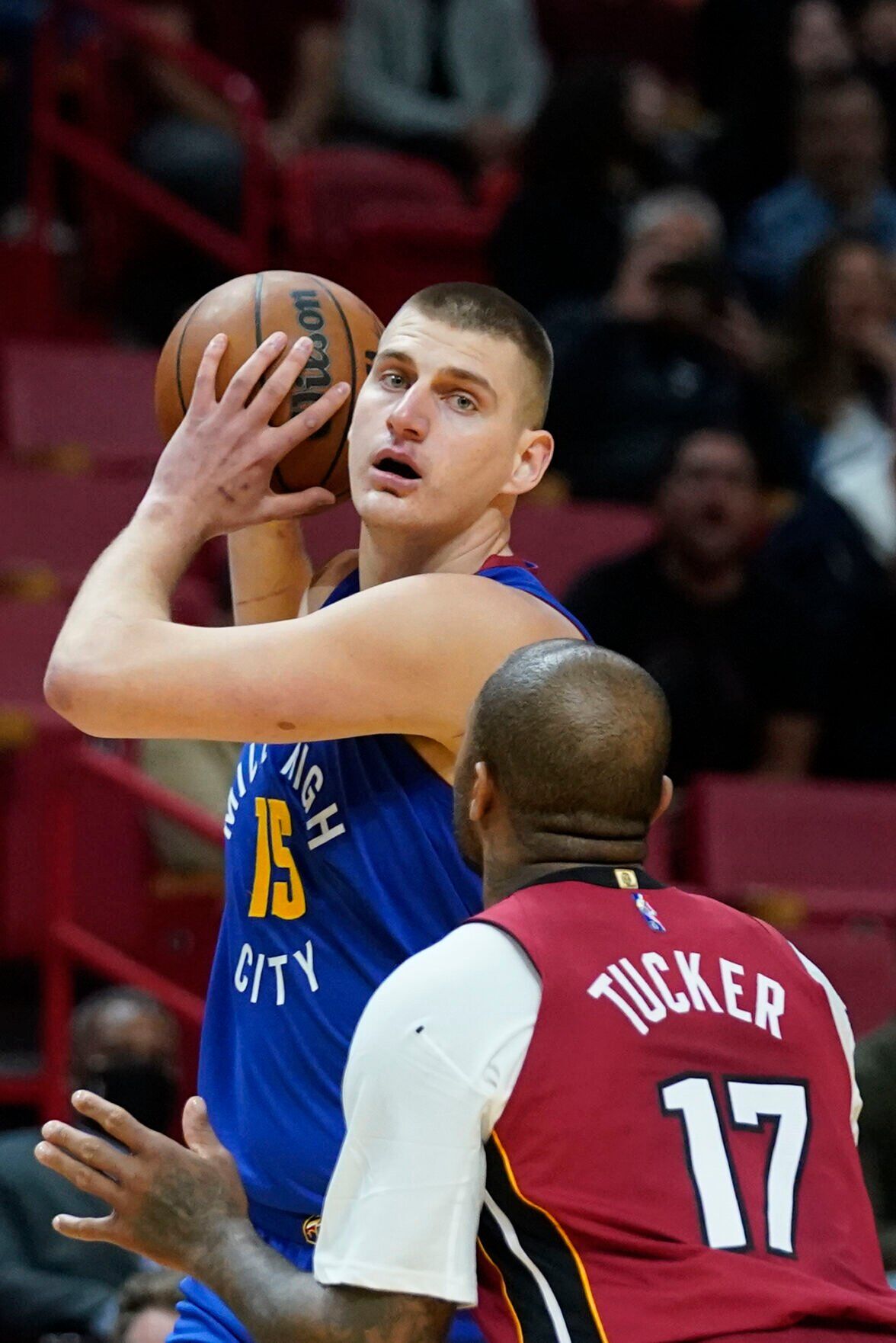 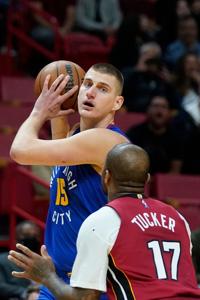 MIAMI - The boos were as bad as things got for Nikola Jokic and the Denver Nuggets on Monday at Miami’s FTX Arena.

Jokic was booed when he was quickly introduced with Denver’s starters pregame. The boos continued every time Jokic touched the ball early, but his dominance and a comfortable 120-111 Nuggets win seemed to quiet the crowd as the game progressed. Any contempt from the crowd did little to disrupt Jokic.

“I wish you guys could feel that.”

Neither Miami coach Erik Spoelstra nor Denver’s Michael Malone anticipated any retaliation in the first meeting between the Nuggets and Heat since Jokic took exception to a hard foul from Miami forward Markieff Morris in the open court and responded by throwing his right shoulder into the back of Morris on Nov. 8, earning Denver’s star a one-game suspension. The boos were as malicious as it got Monday.

Jokic, in his return to the lineup after missing the previous four games with a right wrist sprain, made his first seven shots from the field, finished with 24 points, 15 rebounds and seven assists and helped the Nuggets end a six-game losing streak.

“He’s the focal point and centerpiece of our offense, and the same can be said of our defense, so while he was out, we struggled. I think that happens on any team,” Malone said.

“To have him back, I think, was a confidence booster for our guys.”

The only cheers Jokic received came early in the third quarter when he missed a free throw that would have completed a four-point play.

Nuggets rookie Bones Hyland missed the previous two games and returned with a fury. He hit three 3-pointers in the second quarter, including one near Miami’s center-court logo, as Denver built a big lead. He finished with a new career-high 19 points on nine shots. Of his five makes on eight attempts from 3-point range, a handful were well beyond the arc with the Heat utilizing a zone defense for much of the second half.

“It’s so much open space in the zone,” Hyland said. “I always live by ‘shoot them out of the zone.’ I think that’s what we did tonight.”

The Nuggets led by nine after one quarter and extended the lead to 63-43 by halftime. Miami scored just 20 points in the second quarter and took a 35.4% from the field back to the locker room.

Miami’s offense heated up in the second half, scoring 35 points in the third quarter and adding 33 more in the fourth. The Heat closed the game on an 11-0 run over the final 100 seconds to make the final score more respectable.

Denver will look to go 2-0 in Florida to start a seven-game road trip Wednesday in Orlando after a drama-free night in Miami.

“It’s always nice to play in Miami,” Jokic said. “It’s always a nice atmosphere. It was a good game.”

MIAMI — Another interaction with Miami Heat forward Markieff Morris took another chunk out of a Denver Nuggets player's paycheck.