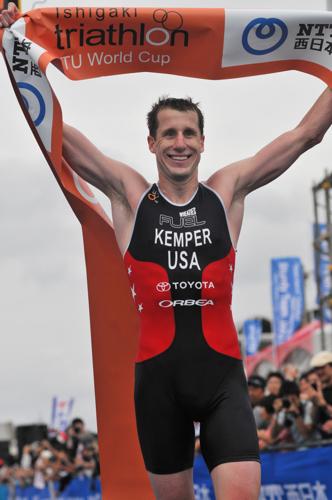 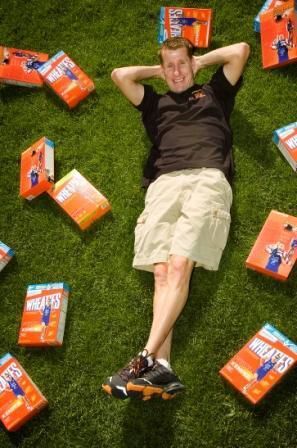 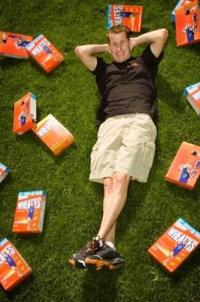 DENVER — They were in Greece, in a café near Athens, when Hunter Kemper experienced firsthand the power and influence of a support system for an Olympian. The power of family.

This being Colorado, home of Olympic City USA, you might know Hunter: four-time Olympian, first U.S. male triathlete to rank No. 1 in the world, most decorated triathlete in U.S. history.

He’s kind of a big deal.

And on this big day he was deep in the dumps: “Finished ninth. I was crushed at the finish line.”

Hey, even the great ones need a kick in the pants from time to time. But at the 2020 Tokyo Games, the usual support won't be as available.

Less than a month shy of the opening ceremony at the Tokyo Games, and the rare athlete to compete in four Games says a defining trait of the next Olympiad will be who’s not there. Family. Fans. Support systems. Almost everyone who was there the entire journey ... until the Olympics themselves. Japan has banned overseas spectators from entering the country, supposedly due to COVID-19 concerns.

Hunter’s parents, wife and other extended family attended all four of his Olympic Games.

“Can you imagine being someone who’s helped and supported you and helped you get to this point, the ultimate stage, since you’ve been young — and then they can't go?” Kemper told me the other day. “That’s their ultimate too. It’s tough. That’s a tough deal, no way around it.”

Let’s not get it twisted: these athletes are grateful simply to compete again, Kemper says. To a man and woman they would vote to go forth and compete, particularly given the year's delay that moved the 2020 Games to 2021.

But there is an emotional and, yes, competitive factor involved with the banning of overseas spectators. For some athletes it’s the first time their “team” won’t be alongside in support.

“Who handles that the best? It’s going to be very different than what these athletes have ever experienced,” says Kemper, whose family has lived in Colorado for decades but soon is relocating to Grand Rapids, Mich. “Who’s most comfortable in that environment will succeed.”

Speaking of successes, make the trip to Colorado Springs to check out the U.S. Olympic and Paralympic Museum. Goodness gracious check out the museum. The 60,000-square foot masterpiece is hosting a sort of summerlong grand opening, the ideal time to discover the magic inside. Michael Johnson’s gold shoes. The Miracle on Ice scoreboard — showing 3 seconds on the clock — with an Al Michaels voiceover: “Do you believe in miracles?!” Every medal from the 1896 Games in Athens to the 2018 Games in Pyeongchang. Shoot, you can take part in a virtual competition with an Olympic archer, or virtually race the one-and-only Jesse Owens.

“You can’t beat Jesse, by the way,” Kemper says with a laugh. He served on the museum's board for roughly 3 1/2 years and has great pride in the final product.

“You have to see this museum. The whole experience is absolutely amazing,” he says.

About the only feature missing from the U.S. Olympic and Paralympic Museum is a firsthand account of Kemper’s Olympics debut — the 2000 Games in Sydney. On the steps of the famed Opera House, the starting line, the triathlete noticed men armed with weapons and sonar devices. Ninety minutes before the race, Kemper asked around: “What’s the deal with the wet suits and guns?”

His reply: “I would rather have not known that.”

Few people grasp the dynamics and logistics of an Olympiad like a four-time competitor. This one has high hopes for the Japan games that open July 23: “I think it’s much needed. I think these Games are going to be great, and I think it's an opportunity for our world to come together. It’s a been tough time. We’ve gone through a tough stretch. It’s not ideal. It’s probably the last thing you want (is a pandemic). But of all places, Japan is so organized, so detailed, they’ll have it right.”

What’s missing, however, will be conspicuous in its absence: support systems. Take it from an Olympics lifer. It was 2005 when Kemper finished 43rd at the world championships, and wife Valerie, an elite athlete in her own right, raised him up with a pep talk: “It was one bad race. That’s not you. Time to move forward.”

Val, an All-American volleyball star at Michigan State, convinced her husband to fly to Beijing to scout the next triathlon course. Exactly seven days later he won the Beijing triathlon.

“If my wife wasn’t there with me,” he says, “I would’ve gone home. I wouldn’t have competed.”

Good reminder when we’re watching the 2020 Olympics on NBC. The parents, grandparents, kids, friends, trainers, nutritionists, whoever, will not be there in Tokyo. But they always were.

“This year when you get off the track, off the diving board, it will be on Zoom,” Kemper says.

Kevin McDowell has a list. Every Olympian has a list. It's a list of the people who helped them along the way, Paul Klee writes, and for a cancer survivor that list deserves public recognition.