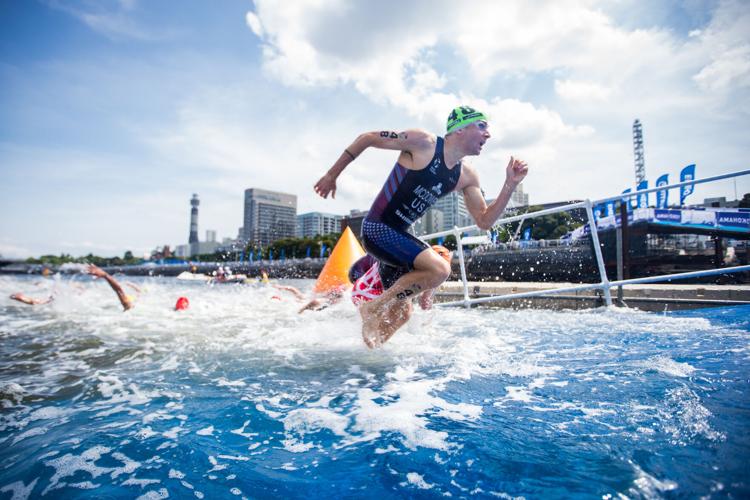 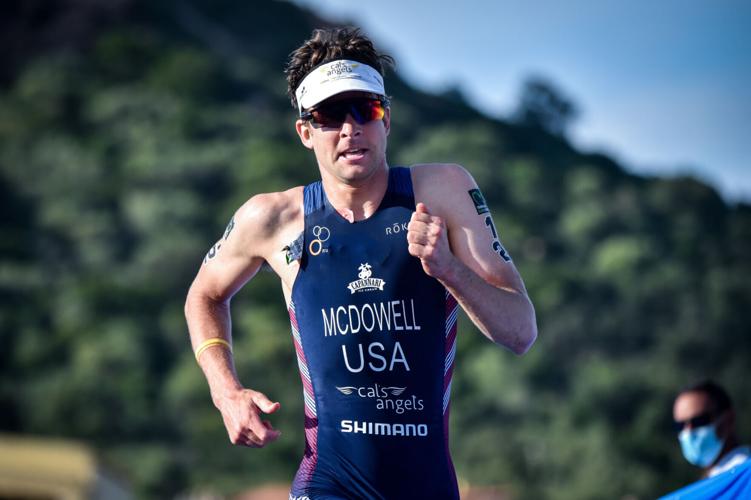 Kevin had stayed up all night for the yes-no phone call at 6 a.m., stressing and praying and stressing and praying, and his folks had seen a media report that didn’t list his name. But he did make it, and when he called Mom and Dad he got the full parents: Chaos. Joy. Tears.

“You could say it’s been a long journey for all of us,” Kevin says.

You could say that. You would be understating that.

“I will tell you 10 years ago when I got the diagnosis, I never thought I would be here in this moment right now,” he goes.

Ten years ago Kevin McDowell was 18 and diagnosed with Hodgkin’s lymphoma, a crappy form of cancer because all forms of cancer are crappy. And he's proof that it's a winding and terribly hard road — but you can get there from here. Did I tell you he's going to the Olympics?

“There were many times I thought, ‘No way this is going to happen,’” he says.

It’s happening. The UCCS graduate will compete in the men’s triathlon and the mixed relay — “We have a really good chance to win a medal in the relay,” U.S. triathlon legend Hunter Kemper told me — on July 26 and 31 in Tokyo. And it’s happening because Kevin is one stubborn dude.

Stubborn enough that when doctors told him he shouldn’t attend his freshman year of college he “bargained them down” to convince them nine credits in the first semester would be OK. He missed the first week of classes due to chemotherapy. Stubborn enough he wasn’t allowed to swim during chemo, but family or friends would drive him to training so he could run 8 miles and then sometimes puke.

That, and the people around him would not let him hear “time to move on, Kev” as an answer.

Jeffry. Kelly. Stephanie. The good people at Flowing Grace Church in Batavia, Ill., his hometown. Stubborn, all of them, and if someone who pushed and prodded and told Kevin to not give up on his Olympic dream is not in this column that’s on me, not Kevin. He’s got all of you, because you all had him.

Twelve chemo treatments, one every other Monday. Each one took three hours with drugs and tests, then he’d sleep for two days and finally eat food again on Wednesday. Brutal stuff. God-blessed stuff, too, because the miracle of medicine allowed his dream to come true.

Triathlon “gave me normalcy,” he says, because it’s something he’s competed in since he was 10.

Here’s an aspect of the Olympics that probably goes under-considered: the life delay. During the half-dozen times Kevin thought about moving on with his life, it was because others were moving on with theirs. Engagements, buying a home, kids, “starting real jobs,” as he says.

“What I’m doing, is this something I should still be pursuing?” he’d ask himself.

That’s where his people came in.

“Friends would say, ‘Don’t even think about quitting. This is the coolest opportunity,’” he says.

Keith, Kirsten, Matthew, Nate. The list goes on and on. Ask any Olympian. They’ll have a list.

Traci, his Mom, is the one who noticed the lump on his neck. She’s a nurse. Kevin had a weird pain in his chest, didn’t think much of it, thought it might be a muscle tear, whatever. MRIs showed chest and throat tumors, and six months of chemo followed. Thank God for family.

His friends, a bunch of them, helped him get involved with “Cal’s Angels,” an Illinois foundation that grants wishes and funds research for kids battling cancer. His people sold 350 T-shirts that raised $4,500. On the front of the T-shirt is “Team Kevin, Tokyo 2020,” and on the back is a gold ribbon acknowledging pediatric cancer and the brave kids powering through it. Thank God for friends.

"Crazy thing is, everyone who bought a T-shirt was somehow related to or knew me," he says.

The man who "ignited this dream in me," Kevin says, is Keith Dickson. Sixteen-time All-American at Florida, founded the Elite Triathlon Academy in Colorado. As Dickson says, "This kid wanted to be on the Olympic team when he was 11. He knew it. And the guy made it. I've never seen it where a guy's 11 and says he's going to be an Olympian and he goes ahead and does it."

Kevin showed up to practice the day he was diagnosed with cancer. Told the team.

"He’s crying, the kids are crying," Dickson says. "We go off on a run and Kevin led everybody on a run the day he learns he has cancer.”

Kevin’s people go way back, and they go recent.

They go with him everywhere.

"I'm not just going to the Olympics to take part,” McDowell says. "I don’t want to be just a name and a number. I want to go there and compete with the best."

After two deployments to Iraq, U.S. Army veteran Howie Sanborn returned stateside to face his own battle: transitioning from triathlete to paratriathlete, Paul Klee writes. Here is how he views American flag protests, as well.