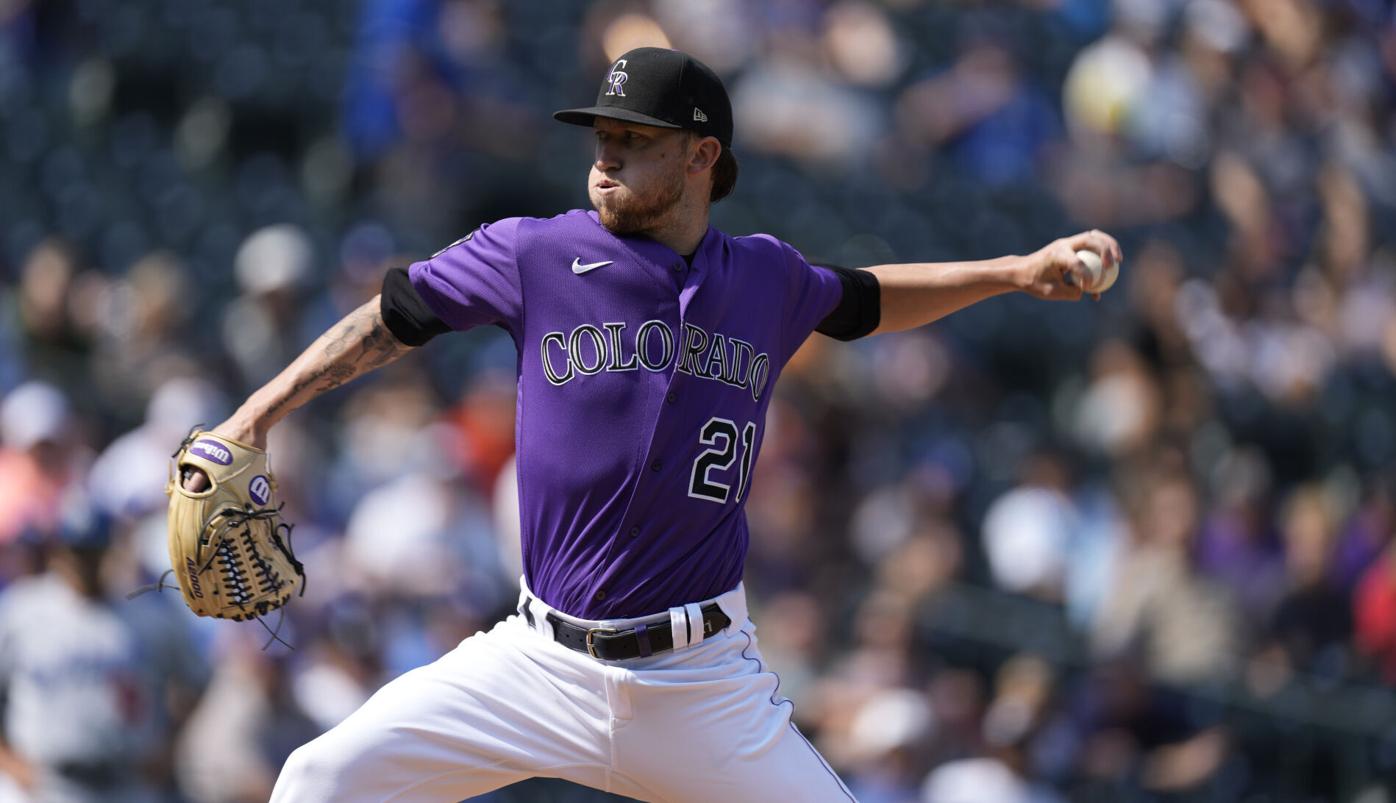 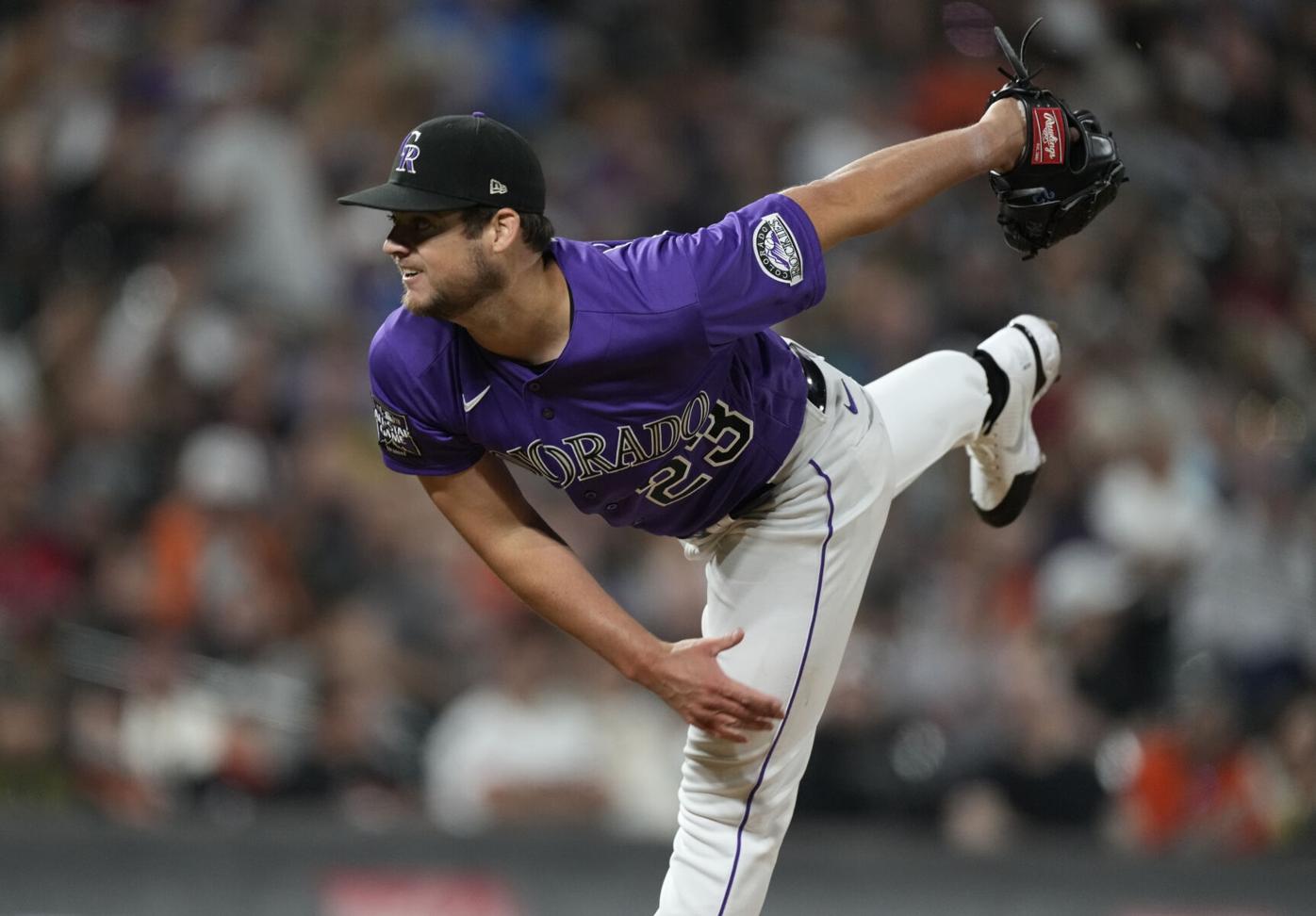 DENVER — Peter Lambert knew he was back after his second rehab start last month.

That was the moment that he stopped thinking about his elbow, which had been surgically stitched back together just over a year ago, and started thinking like a pitcher again. But the process of coming back from Tommy John is long and tedious, and he had to be patient as he built his strength back up.

On Friday, 737 days since his last major league start, Lambert got to run out to a major league mound again. He faired well in his return, holding the Giants to two runs, both solo home runs, in 3 2/3 innings. Lambert left the game with the score tied 2-2, but the Giants went on to hit two more home runs to win 7-2.

"I felt great," Lambert said. "I was happy to be back out there."

The win for the Giants clinched their 100th of the season, while the Rockies, on the other end of the spectrum, secured their third losing season in a row.

But the Rockies have acknowledged their position, and have looked towards a future, one where Lambert figures to be a part of their rotation. Another homegrown talent, Lambert, who was drafted in the second round by the Rockies in 2015, started his first game in 2019 at 22 years old and 44 days, the third-youngest starting pitcher at the time of his debut in franchise history. He shined, striking out nine on that June day in Chicago. Things went uphill from there, and he finished with a 7.25 ERA in 19 starts during his rookie season.

He headed into spring training in 2020 ready to learn from the mistakes that hobbled him the year prior. But his arm started to bother him, and the rest time during the COVID-19 shutdown didn’t fix the problem. He tried to pitch again when training resumed in June, but he felt the same pain. Lambert had Tommy John surgery a few weeks later.

He watched as his teammates played, pining for the day he could return. He started to ramp things up in June, then threw his first live batting practice at the end of July before heading out on his rehab assignments.

On Aug. 18, Lambert flew to Spokane to join the Rockies High-A team. He was admittedly nervous that day — even though he’d already pitched at the highest level of the sport, he didn’t know how his elbow would feel facing competitive action again. Lambert was sore after, but didn’t have pain. After his second rehab start, also with Spokane, he stopped worrying about his elbow and focused on the task at hand.

He made five more rehab starts, with both Double-A Hartford and Triple-A Albuquerque. The clock was ticking — if he was going to get a major league start before the season ended, it had to be soon.

"I knew it was going to be close," Lambert said. "Everything was going pretty smoothly, so I thought we had a good chance."

That day came Friday. One goal was already achieved before he even threw a pitch — just making it back this year was an accomplishment. He was amped up though, and missed his spot on his second pitch to Tommy La Stella, who then hit the fastball into the right field bleachers.

"It was a rude awakening," Lambert said.

He settled down after, relying on his steady fastball-changeup combo to get him through. His pitch count was set at about 60, and he made it to 65 before he was removed. Lambert should have time for one more start before the season ends.

"Overall, considering the circumstances of where he's been over the past year, I think it was positive," manager Bud Black said.

The Rockies scored their only runs in the bottom of the first, taking a brief lead before the Giants tied it up. Brendan Rodgers had three hits, and Charlie Blackmon, Elias Díaz and Sam Hilliard each had two.