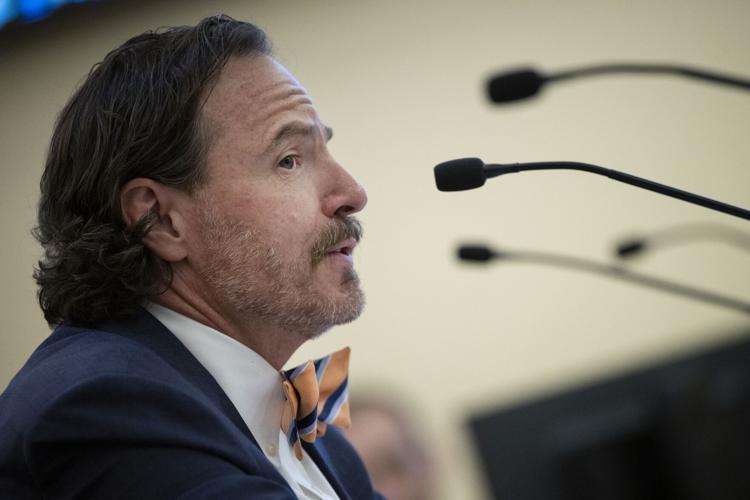 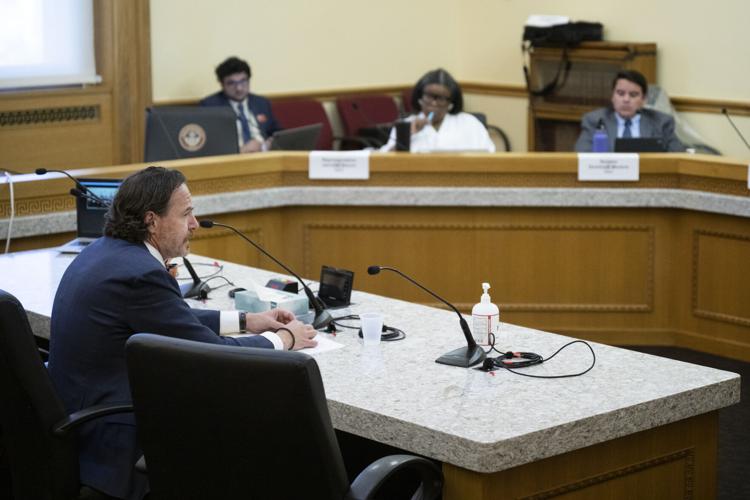 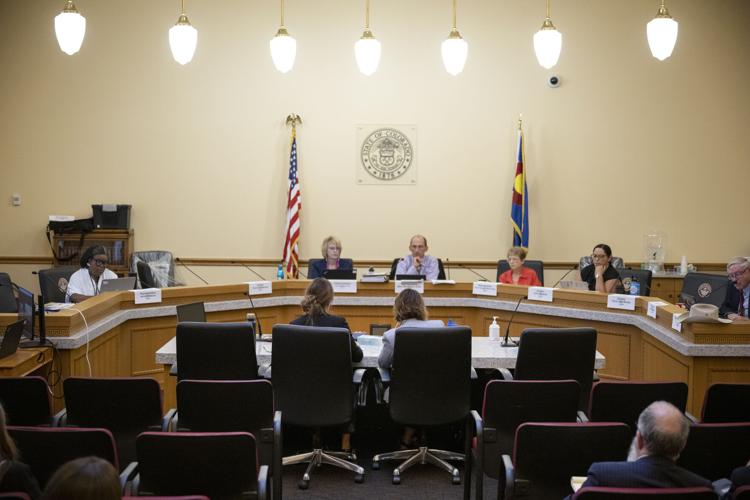 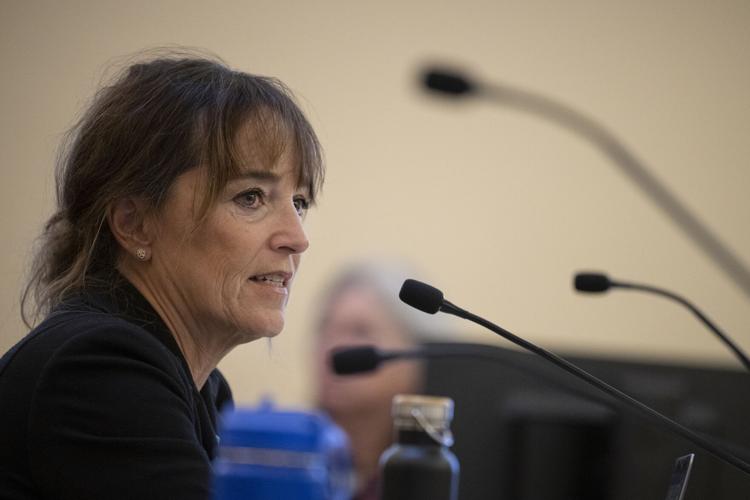 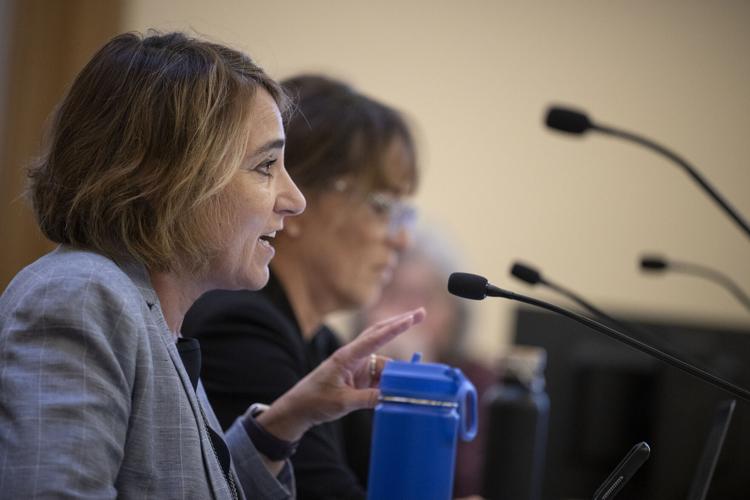 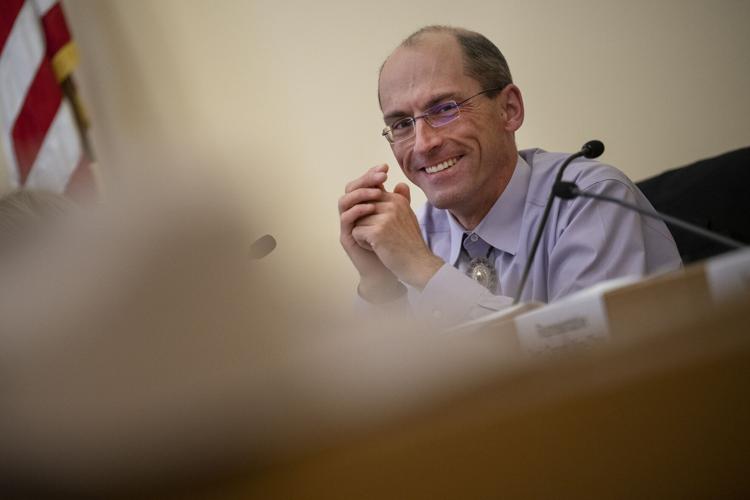 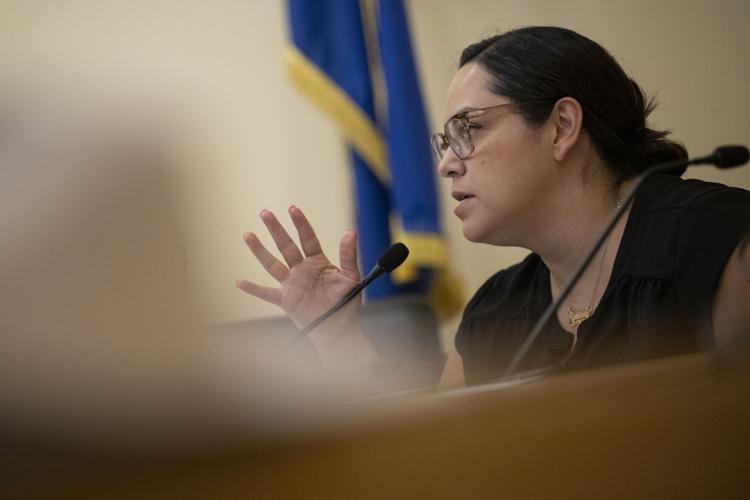 A half dozen professional groups tied to the legal profession each recommended to a state legislative committee Wednesday that Colorado’s current judicial discipline system should be more robust, transparent and accountable to the public.

Among the groups are the Colorado Women's Bar Association, the Institute for Advancement of the American Legal System at the University of Denver and the El Paso County Bar Association.

Colorado judicial discipline system should be scrapped and rebuilt: Testimony

Although the groups differed somewhat on the details, each was uniform in claiming that Colorado’s system is too secret and should allow more information about a judge’s misconduct to be disclosed publicly, especially if disciplinary charges are filed.

Colorado only allows public disclosure of judicial misconduct after the state’s Commission on Judicial Discipline recommends public sanction to the Supreme Court and that request is approved. Private sanctions by the commission, however, would remain secret.

“I join both the (discipline) commission and (judicial) branch to make the information public when a charge is filed,” said Charles Geyh, a law professor at the Indiana University Maurer School of Law. “If this works the way it should, you will see more disciplinary activity and that’s not the sign of a problem but rather a system in repair. You’ll see a healthy and modest change and the legitimacy of the judiciary will be improved. You won’t be whispering about private disciplines.”

The Colorado Judicial Institute was the only group to say the state’s discipline process is fine as is.

The Legislative Interim Committee on Judicial Discipline took its final public testimony before it convenes next week to determine whether it will recommend any changes to the process. Those recommendations could include a voter referendum to the Colorado Constitution.

Part of Wednesday's testimony came from the investigators behind a report that last month determined some judicial misconduct might have been handled too leniently but none covered up, as alleged by a former high-ranking employee in the Judicial Department. Much of the testimony from Investigations Law Group, however, was focused on its review of the department’s culture toward women and reporting misconduct.

ILG found a workplace culture where employees “broadly feared” retaliation for filing misconduct complaints and had “insufficient avenues” to make those complaints safely, according to the report it issued in July.

In dramatic testimony read from a letter by an anonymous victim of harassment in Colorado while she was a law-school intern for a judge, the woman described feelings of fear, anxiousness and depression after she filed her complaint to the discipline commission.

"I was expected to carry on with my life and keep my mouth shut," the woman wrote in the letter read to the committee. "No one was able or willing to guide me, and I was scared to speak with anyone. I was so worried the judge would ruin my career or my reputation. I felt like I was thrown to the wolves."

The woman said she was told she could not discuss her complaint or risked being charged with a misdemeanor, a process discipline commission co-chairman El Paso County District Judge David Prince later testified was normal for investigators provided by an outside agency, usually the Office of Attorney Regulation Counsel (OARC).

"It was shocking to hear, but wasn't the first time we heard it," Prince testified. "When we first heard of it happening, we immediately decided that it does not happen again. It has a clear chilling effect."

The discipline commission is expected to hire its own team of investigators in the coming year rather than use those of the OARC.

Elizabeth Newman, the public policy director at the Colorado Coalition Against Sexual Assault, said the judicial system has a "significant power disparity."

"There should not be a limit on who can file a complaint or a timeframe," Newman said. "It's harmful to the victim to be continually left in the dark and oft-times they are in the same physical space as the person who harmed them."

Regarding changes to the discipline process, the legal groups uniformly testified that victims should have a variety of outlets to file a complaint, from a full-time ombudsperson to a mechanism for the filing of anonymous complaints that are investigated.

“The goal (of an ombudsman) is to provide a place in the system for those reluctant to file a complaint or were distressed by conduct that might not be subject to the discipline commission,” said Brittany Kauffman, the interim CEO at the Institute for the Advancement of the American Legal System at the University of Denver.

That changed Tuesday when Lee was indicted by an El Paso County grand jury on a felony charge tied to allegedly misreporting his home address as a voter. At his request, Lee was replaced by Rep. Mike Weissman, D-Aurora, as the committee chairman and by Sen. Dominick Moreno, D-Commerce City, as a committee member.

Among the suggestions offered to the committee were a litany of ideas from the Colorado Women’s Bar Association, which agreed with other groups' support for greater transparency of discipline as well as a system of identifying emerging patters of problematic behavior in the complaint process.

“The CWBA also recommends implementation of additional measures to promote transparency, such as listing Judicial Discipline opinions in a readily available and searchable database,” according to a statement it filed with the legislative committee.

The group also advocated for making charges of misconduct public at the time they are filed against a judge, not after the discipline commission adjudicates them, which would require a constitutional amendment change.

“It would bring judicial discipline proceedings in line with criminal proceeding and most civil proceedings," according to Emma Garrison, CWBA's president-elect. "This additional transparency would help promote public confidence. To avoid the media being able to control the story is to keep the formal proceedings public. And it would serve as a deterrent function to other judges."

The Colorado Judicial Institute, however, urged caution in amending the state Constitution regarding judicial discipline, but did say it supported the “concept” of expanding transparency in the discipline process.

“The facts do not show serious problems with, or (the) need for major changes to, Colorado’s judicial discipline system,” according to a statement it filed with the committee. “While Colorado’s system is not perfect and can always be tweaked for improvement, there is no serious problem to be ‘fixed’ warranting any major overhaul.”

Like others, the group supported keeping the Supreme Court as the final arbiter in the disciplinary process as well as keeping the court as the rulemaking authority on discipline matters. The discipline commission is advocating for a wholly independent process that does not involve the justices.

“The facts do not match allegations of judicial misconduct that were widely reported before the facts were in,” CJI’s statement reads, relying on the findings of the two investigations the department hired out. “Unfortunately and unfairly compromising public trust in Colorado’s judiciary.”

Two sitting Supreme Court justices -- Richard Gabriel and Melissa Hart -- are emeritus board members of CJI, according to the organization's website.

Representatives of the Judicial Department and the discipline commission testified about areas in the process they agree should be refined, yet both sides said disagreement remains.

A key area of agreement is making the process more transparent at the time formal charges are filed against a judge, according to Elizabeth Espinosa Krupa, chairwoman of the discipline commission.

A key area of disagreement is whether the commission should make its operating rules or, as it is now, the Supreme Court makes them.

All Colorado judges recommended for retention in 2022

All 135 judges who are seeking retention in Colorado’s November general election have met the standards for judicial performance, according to the findings of citizen-led commissions across the state.