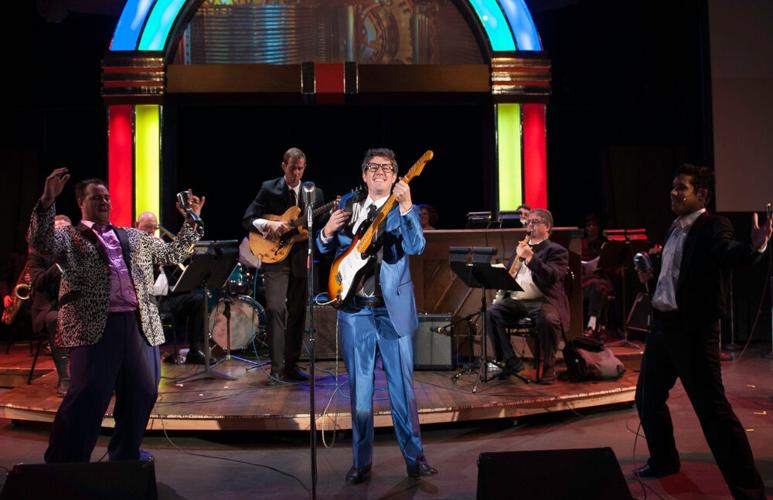 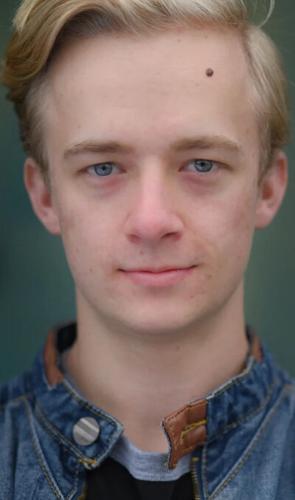 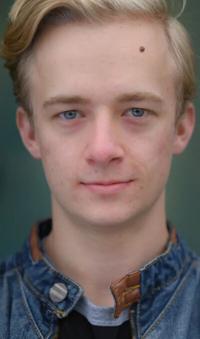 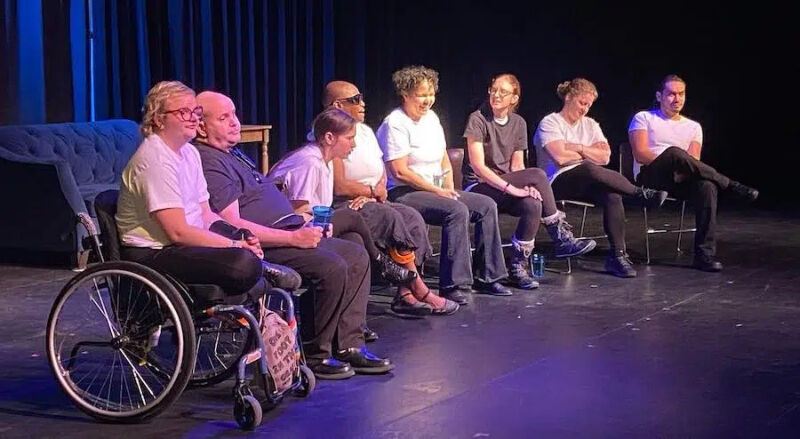 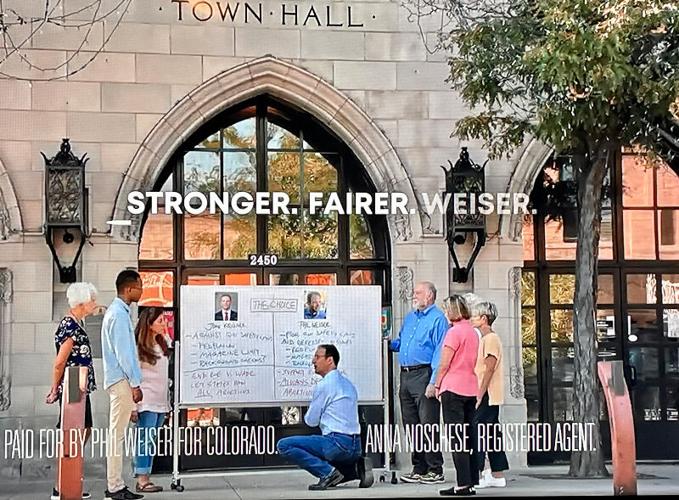 Attorney General Phil Weiser's team didn't ask for permission to film in front of Littleton's Town Hall Arts Center – but legally, it didn't have to.

The venerable BDT Stage (known for years as Boulder’s Dinner Theatre) has received something of a temporary stay, with a newly announced closing date of Aug. 19, 2023. The sale of the land in July came with a potential closing date as early as May 10. This extra time will allow Artistic Director Seamus McDonough to go out in a blaze of nostalgic glory: A grand staging of “The Sound of Music” that will close on Aug. 19. That will be 46 years to the day after it opened in 1977.

“‘The Sound of Music’ is our No. 1 requested title of all time,” said McDonough, “and there could not be a better way for us to say so long, farewell, auf Wiedersehen and thank you.”

In July, owners Gene and Judy Bolles sold the 12,000-square-foot property and its building at 5501 Arapahoe Ave. for $5.5 million to Quad Capital Partners, a real-estate investment management affiliate of First Martin Corporation of Ann Arbor, Mich.

Here’s the official BDT closing lineup: The jukebox musical “Buddy: The Buddy Holly Story” opens Friday and runs through Jan. 28. Joining “Buddy” in repertory during the holiday season is the comedy “A Church Basement Ladies Christmas” (Nov. 14 through Dec. 28). “Something Rotten,” the Shakespearean Broadway hit that imagines (with no authenticity whatever) how the first musical might have been created, plays Feb. 25 through April 21, followed by “The Sound of Music” from April 29 through Aug. 19.

And good casting news for longtime BDT fans: “Throughout this last season, we hope to bring back as many longtime fan favorites over the past 45 years as we can,” McDonough said.

That starts with “Buddy,” which was last staged at BDT seven years ago and brings back Brett Ambler, Brian Murray and Alejandro Roldan in leading roles. “Church Basement Ladies” features Barb Reeves, Alicia K. Meyers, Bren. Eyestone Burron and Wayne Kennedy. “Something Rotten” has not yet been cast but will be directed by longtime favorite Seth Caikowski. If the season sells well, McDonough said he would like to make “The Sound of Music” the largest cast in the theater’s storied history. After all, you can never have enough nuns.

Along the way, BDT will also host concerts by Face (Nov. 28-29), The Glenn Miller Orchestra (Feb. 6-7), a John Denver tribute featuring Chris Collins (Feb. 16), and others to be announced.

Boulder’s Dinner Theatre was opened by the late Ross Haley in 1977 and has since presented more than 160 musicals (and a few plays).

Quad Capital plans to build housing on the property. And not to be a tease, but … the remote possibility still exists that if Quad City encounters construction delays, BDT might yet continue to operate through the end of 2023. But McDonough isn't counting on it. “As of now … this plan is the final plan,” he said. And there is something poetic in that Aug. 19 closing date.

Meanwhile, up at the Candlelight Dinner Playhouse, which has bucked every post-COVID trend by playing to near-capacity crowds at virtually all performances of pretty much anything in 2022, is currently staging one of the surprise hits of the season, the rarely produced swashbuckler “The Scarlet Pimpernel” in Johnstown, about 45 miles north of Denver.

And before every performance, company rep Jalyn Courtenay Webb puts in a plug for BDT Stage, one dinner theater to another. “Please go and support BDT Stage in their final season,” she tells crowds of more than 300. “It has been an incredibly iconic and wonderful place for theater for the past 45 years.”

Perhaps you’ve seen Colorado Attorney General Phil Weiser’s TV campaign spot that prominently features Town Hall Arts Center’s gorgeous exterior along Littleton’s Main Street. (How could you not?) But should anyone take from that an implied endorsement, said Town Hall Chief Operating Officer Robert Michael Sanders … well, they should not. That sidewalk is public property, so no advance notice or permission was legally necessary.  But if the Weiser campaign had asked, “we would have said no,” Sanders said.  “Town Hall does not take sides or positions with any political candidate.”

On Nov. 15, Erik C. Peterson of Aurora will make his Broadway debut in “Harry Potter and the Cursed Child” in the role of Scorpius Malfoy, son of Harry’s long-time nemesis Draco Malfoy. Peterson, a graduate of Grandview High School, will be joining Broadway vet and Ponderosa High grad Angela Reed, who will continue in the principal role of Ginny Potter. Peterson, who appeared in “​​Spamalot” and “Our Teacher's a Troll” at the Breckenridge Backstage Theatre before landing in New York, called himself a “Potterhead” and “proud Gryffindor” from way back in an interview last week.

'The Holly': A film about Denver's anti-gang efforts that some don't want you to see | John Moore

The controversial documentary makes its debut next week at a film festival in Telluride.

‘The Holly’ gets spotlight screening

Building buzz around Julian Rubinstein’s ‘The Holly’ has prompted the Denver Film Festival to give the controversial documentary its own red-carpet presentation and screening on Nov. 10 at the Ellie Caulkins Opera House, including a post-show panel with Rubinstein and mayoral candidate Terrance Roberts, whose gang-related murder trial is a central focus of the film.

With last week’s opening of the new musical “Futurity,” Helen Murray’s tenure as Executive Producer of the city-owned Aurora Fox Arts Center officially ended. It’s now been three months since Murray announced her plans to run another theater in Florida, and Abraham Morales, Aurora’s Manager of Community Relations and Development, said the process for replacing her “is going well.” He said the city received 38 credible applications from across the country and they are still being reviewed. The hiring process will involve two stages: Interviews with city personnel and then interviews with designated community members.

“The anticipated timeline is to have a selection, or at least finalists, by mid-November,” Morales said.

“Futurity,” a surreal new folk-rock musical about a Civil War soldier who joins forces with real-life inventor Ada Lovelace to build a machine that eradicates war, runs through Oct. 30.

The Clyfford Still Museum has commissioned a book for children ages 8-12 that explores the art and life of abstract expressionist artist Clyfford Still. “Colorfully Courageous Clyfford Still,” written by Jason Gruhl and illustrated by Jonathan Saiz, will be available for presale online on Nov. 1 and at the museum on Nov. 19. Nicole Cromartie, director of education and programs, said the book goes beyond biography and ventures into the artist’s emotional world.

“Many children’s first encounter with art is through picture books,” said Cromartie. “We hope ‘Colorfully Courageous’ will foster children’s bravery in creative expression and inspire curiosity about Clyfford Still, his art and the creative process.”

Most every fall since 2007, Denver’s disability-affirmative Phamaly Theatre Company has staged an original, brutally honest sketch-comedy, but the  series has taken a whole new direction with the new “Vox Vergere.” Phamaly commissioned eight intersectional playwrights to write short stories that speak to their experiences with love, connectivity and joy within the disabled community.

The concept of intersectionality describes the ways in which systems of inequality based on gender, race, ethnicity, sexual orientation, gender identity, disability, class and other forms of discrimination “intersect” to create unique dynamics and effects.

Quiz: According to a new survey, who is the most popular artist on Spotify’s 2022 “Work From Home” playlists? (Answer below) …

Denver Arts & Venues is accepting qualifications for four new public-art projects in City Park, Ruby Hill Park, Fairfax Park and Sloan’s Lake Park. The commissions are valued at a combined $200,000 and are open only to Colorado artists and artist teams …

Maru Garcia’s Wheat Ridge Theatre Company will christen its new performing space with “Lysistrata” from Nov. 4-20 at 5455 W. 38th Ave. The company is trying to raise $25,000 to pay its move-in costs…

'Saints and Sinners': An epic artistic battle of the flesh